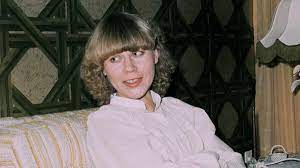 A child who tortures and kills animals and then hides them underground. A car that is found buried in the courtyard of the house of that child, who has now become an adult. The mysteries evoked by the docuseries Netflix dedicated to one of the cases of crime that changed the criminal history of Germany they are all hiding in the depths of the earth and, as we will see in this Dig Deeper review: the disappearance of Birgit Meier, there is no better title for this story than this one. Nicolas Steiner, who wrote and directed the documentary, delves into the depths of a terrible story, showing all possible details on screen.

This is the impression that this documentary leaves us after viewing, that of an extremely well-finished product that traces the story including as many voices as possible. Dig Deeper: the disappearance of Birgit Meier uses precious archive footage and also includes short reconstructions (which never give the feeling of being an artificial reinterpretation of what happened), for a truly comprehensive, complete and effective result. Exactly the kind of documentary that the true crime aficionado would always want to see.

The case that is analyzed in the four episodes that make up Dig Deeper is that of the disappearance of Birgit Meier, a recently divorced German woman who in August 1989 disappears from her home, leaving no trace. Also in the same period, four people are brutally murdered in a forest near Lüneburg, a small town in Lower Saxony: a case known in Germany as “the Göhrde murders”. The disappearance of the woman and the murders are not associated by the police and the culprit of what happened to Birgit – as is often the practice in this situation – is immediately thought to be the ex-husband, who would have lost too much money through a divorce. (he is a millionaire businessman). The trail, however, seems to lead nowhere, because even after hours and hours of interrogation the man continues to claim that he has nothing to do with the disappearance of his wife.

Over time, however, another suspect is found, Kurt-Werner Wichmann, a man Birgit had met at a party at a neighbor’s house: Kurt has a dirty criminal record and a dark past behind him (assaults, including sexual ones, and various other offenses). Furthermore, once stopped, the man proves to have a very fragile alibi. Too bad, however, that according to the police the major suspect remains the ex-husband anyway, and therefore they do not investigate further with Kurt. Their fundamental mistake, which will prevent the case from being resolved for decades: the only ones to carry out the investigation, over the years, will be Brigit’s family members, in particular her brother, Wolfgang Sielaff, an important member of the Hamburg police. . Birgit’s research will end thirty years later, thanks to the perseverance of Wolfgang and a team of former colleagues, with a body buried – and it goes underground again – in a property that had belonged to Kurt-Werner Wichmann, when unfortunately but the killer was already dead and many had lost hope.

To make this case even more shocking the fact that, as we realize thanks to the testimonies of those who participated in the investigations, the evidence against Wichmann was particularly incriminating, even a secret room of his had been discovered full of compromising objects (handcuffs bloodied that will be analyzed only thirty years later!) and a car had been found buried in his garden, a car in which according to the sniffing of the police dogs a corpse had been hidden and transported.

What prevented the police from catching him earlier? Why didn’t they link it to Brigitte’s disappearance right away? The man committed suicide in prison, where he was in possession of unregistered firearms, and shortly after Brigit’s case is closed and filed, leaving, as we said, only her brother to carry on a battle to find out finally the truth. What about the “Göhrde murders” in the same area? After decades, those too are linked to Wichmann, who turns out to have been one of the most prolific killers in German history. This comes to light, however, many years after the man could be indicted for his crimes.

Dig Deeper: the disappearance of Birgit Meier tells the case as thoroughly as possible, underlining the importance of the work done by the team led by Brigitte’s brother but also pointing the finger at the incompetence of the police, which could have solved the case a long time ago. The narration, then, is enriched by the contribution of numerous voices, family members, policemen, forensic doctors: all those who in some way, over the years, have come into contact with Birgit and with the story of which, unfortunately, she was the hero. Dig Deeper, we repeat, is a true pearl of Netflix’s true crime catalog and both fans and newbies to the genre should not miss it.

We conclude this review of Dig Deeper: the disappearance of Birgit Meier by underlining how it is a well-made documentary, which tells a terrible case in an exhaustive way and with the contribution of numerous voices