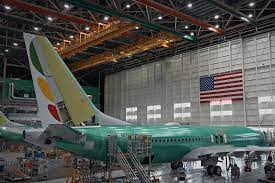 On October 29, 2018, Indonesian Lion Air Flight 610 crashed seemingly without reason. On March 10, 2019, Ethiopian Airlines Flight 302 crashed six minutes after takeoff. Both flights were Boeing 737 MAX aircrafts, both crashes killed everyone onboard and in both cases, Boeing blamed the dead pilots in blatantly xenophobic attacks instead of claiming any responsibility. It was later discovered that Boeing’s financial corner-cutting caused the planes to fall out of the sky: In order to compete with European aerospace company Airbus, Boeing insisted to FAA regulators that the 737 MAX would not require additional pilot training, because pilot training costs money. Therefore, Boeing allowed pilots to fly planes equipped with a brand new system called MCAS with zero training on how to use the system, and hundreds of people from all over the world paid the price with their lives.

One thing documentary Downfall: The Case Against Boeing gets right is its connection between how Boeing’s corporate culture rapidly changed away from workers’ rights and toward Wall Street greed, when it merged with McDonnell Douglas in 1997, and the fatal crashes two decades later. Important safety jobs were slashed in the name of profits, and those at the top stopped listening to experts when they didn’t like what they were hearing. It’s a wonder that this didn’t happen sooner.

“Are profits more important than human life?” asks the widow of the Lion Air pilot. Anyone who has survived the pandemic these past few years knows that to capitalist institutions, the answer to this question has always been and will always be a resounding “yes.” Of course, hindsight is 20/20, but as the United States crawls progressively closer to reaching one million COVID-19 deaths, it’s easy to see the government’s frankly laissez-faire attitude toward Boeing as a canary in the coal mine for worse times to come.

For a film called Downfall, there’s neither a material consequence for nor much of a final conviction of Boeing in terms of the film’s point of view. There are no indications that Boeing has done anything to reverse its culture of ignoring experts in its endless drive for profits. And why would they? Ruthless profit-chasing will always be celebrated under capitalism, not stamped out. CEO Dennis Muilenburg did resign as a result of his part in the failure of Boeing to prevent these needless deaths, but he did so to the tune of $62 million, which sounds more like a reward for evil behavior than a punishment to me. The ultimate lack of accountability for the Boeing crash deaths is a total societal failure, and the film’s failure to point that out only adds insult to injury. The film does a fantastic job of presenting the facts in its case against Boeing through talking heads interviews, but does little to indict the institution that allowed them to get away with it: The American government, which allowed Boeing to have their own employees certify the airworthiness of the 737 MAX jets in the first place.

Downfall fails to dig deeper on why Boeing facing actual consequences would go against the American government’s best interests; namely, no one ever mentions Boeing’s very profitable arms deals with the U.S. government. As of 2019, Boeing is the second largest arms manufacturer in the world, worth $26.9 billion, and one of the top lobbying players in Washington, D.C., having spent $15.1 million on lobbying that same year. Under Barack Obama, members of the Boeing board acted as chief of staff and commerce secretary; he also fiercely defended the federal Export-Import bank, which was derided by opposition as the “Boeing Bank’’ because it subsidized so many airline sales to foreign airline carriers by providing loan guarantees. Under Donald Trump, Muilenburg was allowed to sit in on a phone call to an Air Force general while discussing the Pentagon’s largest weapons program. Whether a Republican or a Democrat is in office, it seems highly unlikely that this partnership will change because there is no financial motivation to do so.

Downfall: The Case Against Boeing is your average talking-head documentary and a useful resource of information if one is writing a grade-school research paper on the basic logistics of the tragic crashes. If the filmmakers had been willing to lift the veil further, it could have also been a powerful reminder that as long as we live under a capitalist system dedicated to the imperialist project, the American government and companies, especially arms manufacturing companies, will always walk hand-in-hand in the pursuit of profits, even if it means spending the lives of people all over the world.