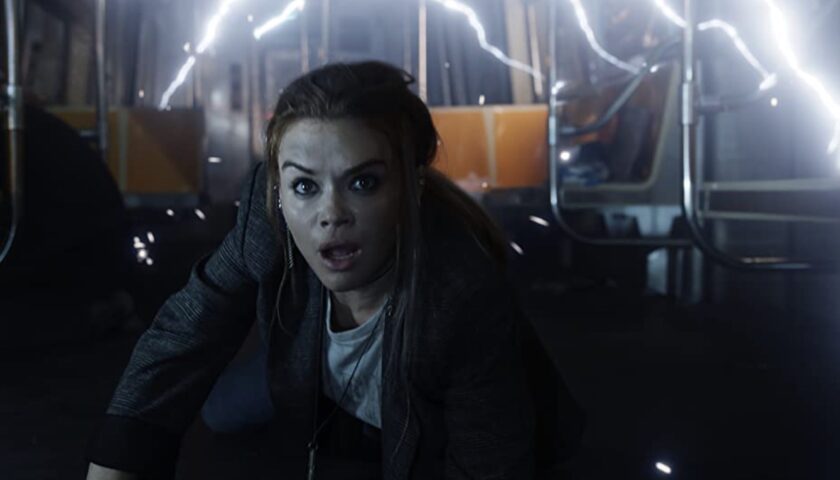 An escape room is a trap you enter for fun, in the same spirit you might go to a horror movie: the challenge is to puzzle your way out. In Adam Robitel’s 2019 horror-thriller Escape Room, the stakes of the puzzle proved to be literally life and death – raising the question of whether the film could be a trap for the audience in turn.

It’s a premise that seemingly demands all the cruel ingenuity the filmmakers could muster, still more so in the absence of the gruesome violence of the Saw films. In practice, however, Escape Room contained little to terrify anyone over the age of 12 – and nor do the screws tighten noticeably in the follow-up Escape Room: Tournament of Champions, with Robitel again at the controls.

Still, the opening has promise. Having survived a series of “escape rooms” engineered by the sinister Minos Corporation, the brainy heroine Zoey (Taylor Russell) and her boyfriend Ben (Logan Miller) are doing their best to move on.

But Zoey is not convinced they ever escaped at all: the whole world now feels like a prison and a puzzle, with everything she sees and hears a potential clue. Whether you call it occult insight or PTSD, her anxiety is justified: soon enough she and Ben find themselves at the mercy of Minos once more, along with a fresh group of strangers.

Broadly speaking, the journey that follows can be taken as an allegory of how young people are paying the price for the sins of their elders: one of the elaborately designed lethal chambers resembles a bank, another is drenched in literal acid rain. But many of the specific puzzles are pretty arbitrary – and watching the group rush round looking for solutions is not much more interesting than the same thing would be on a reality show.

It spoils nothing to reveal that Minos is not defeated once and for all: even if it looked that way, we’d take for granted that the door for sequels remained open. But this is a film aimed at a young crowd that finds a middle ground between blithe optimism and despair – which in itself is uncommon enough to deserve some praise.