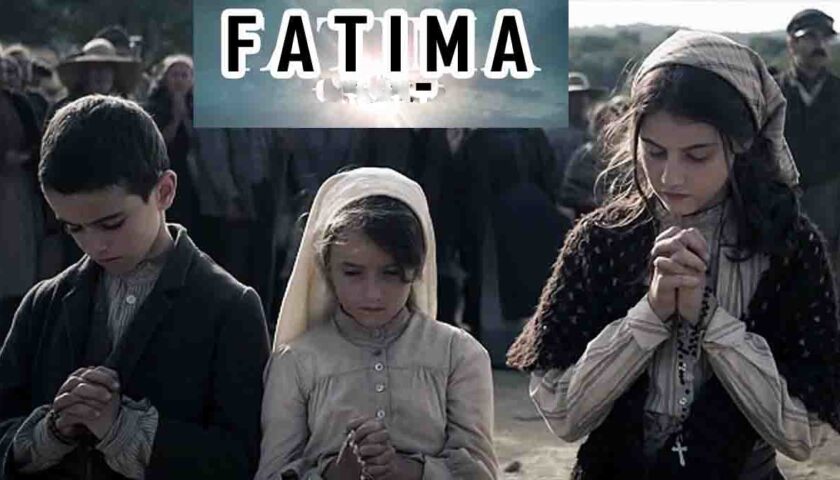 Fatima is a definite must-see film for those of the Catholic faith. A phenomenal period masterpiece that pulls at your heartstrings. A film that should not be missed. Fatima brings light to a true story that many do not know.

Fatima tells the true story of three young children who met the Virgin Mary and were witnesses of “The Miracle of the Sun.” The movie opens up with Professor Nichols (Harvey Keitel) as he visits Sister Lucia (Sonia Braga) in a nunnery in 1989. They talk about the happenings from Lucia’s past in 1917 Fatima, Portugal. The film goes back and forth between both years. We see a young Lucia (Stephanie Gil) with her cousins Francisco and Jacinta Marto (Jorge Lamelas and Alejandra Howard) meet the Virgin Mary (Joana Ribeiro). After that fateful day, the story breaks out and the children are faced with a harsh reality.

The true standouts of Fatima are its young actors. Stephanie, Jorge and Alejandra show the struggle of being called “liars” when telling the truth. The kids are called out by their parents and are given the cold shoulder by many in the village. This never stops them-they stand by the truth with faith in their hearts. The movie concludes with The Miracle of the Sun which happened on October thirteenth, 1917, followed by actual photos of that day. The makeshift monument that was built in the movie is an exact replica of the monument in the photograph. It is appealing to see how much filmmakers worked on small yet important details such as this one.

The lesson to be learned from the film is to always have faith and believe in your truth. Time and time again, Lucia faces anger from her mother, who believes her daughter is lying about meeting Mary. Not once does Lucia give up, however; and she always prays, standing by her word. The topic of the Catholic faith may disinterest some audiences who do not share the same views. Considering that Fatima features the Virgin Mary, Catholicism is front and center in the movie.