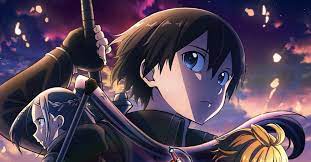 “Sword Art Online Progressive: Sherzo of Deep Night does feel repetitive but is entertaining enough to be enjoyable. A new mystery and the exploration of the characters relationships make it worth watching.”

Last year, the Sword Art Online franchise expanded with the first Progressive film – Aria of a Starless Night. The second chapter Scherzo of Deep Night was released in October in Japanese cinemas. It is now arriving in some countries. While, the film will be released in February 2023 in North America.

Now that the characters are stuck in Sword Art Online, the film doesn’t waste any time on introduction. It sends us right away into the heart of the action. Indeed, we witness the heroes defeating another boss level. After that, the rest of the film follows the same story structure as the final act of the first film – the heroes have to get through another game level. It does sound a bit repetitive. And, it actually is. However, there is an element that spices things up. That element is the rising tensions between the two conqueror guilds that are manipulated by an unknown group of player killers. This is an interesting mystery that sets things up for upcoming chapters.

While the first film’s plot was close from the original series, this one goes further away. So, it’s not just a rehash. In fact, the story from the Progressive light novels bring more depth to the characters. We actually Asuna evolving into this MMORPG and becoming the strong woman that she is. Moreover, her relationship with Misumi and Kirito continue to be explored. With Kirito, it is a slow burn romance. While with Misumi, it is a best friend relationship. Both help Asuna in different ways. The film has its fair share of action, emotion and laughs.

Just like the first film, this one has breathtaking scenery and great character designs. The fireworks scenes are absolutely beautiful. The game of light and shadow is on point. Plus, there are also some impressive shots of the fortified city and the game levels. Undoubtedly, the visuals are superior to the original series. It is a joy to watch these films. However, the objectification of women remains a problem. There are quite a few shots that are actually embarrassing. I am talking about the ass shots. It’s there only to please the male audience and brings nothing to the story.

Yuki Kajiura has once again composed the score for this second film. This score feels like the continuation of what she created with the first film. She has poignant tracks for the emotional scenes and more epic tracks for the action scenes.

Sword Art Online Progressive: Sherzo of Deep Night does feel repetitive but is entertaining enough to be enjoyable. A new mystery and the exploration of the characters relationships make it worth watching.