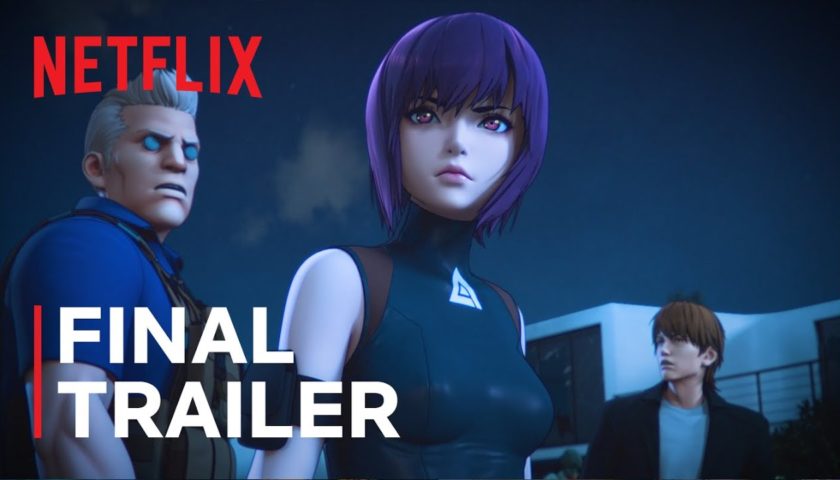 Many old anime series have developed strong reputations over the years, but Ghost in the Shell has an especially influential legacy and it helped redefine anime’s relationship with the cyberpunk subgenre of science fiction. However, in a time where there are exceptional science fiction series like Westworld and Devs that tackle similar themes of artificial intelligence, independence, and free will, it’s no longer just enough to tell an exciting sci-fi narrative with cool visuals.

The whole genre has evolved and even though Ghost in the Shell is a formative text on the subject, it’s pushed into a position where it has to work much harder than it has in the past due to the growing sophistication of science fiction. Does the return of Ghost in the Shell rise to the occasion and update its firmware to an impressive new build, or does it fall into obsolescence and prove that the magic is gone? SAC_2045 fits somewhere in between and while it may not be the Ghost in the Shell revival that everyone wants, it still gets a lot right.

SAC_2045 is directed by Shinji Aramaki and Ghost in the Shell veteran, Kenji Kamiyama. They approach this cyberpunk crime fantasy with intelligence and respect by finding a worthy story for this follow-up series that isn’t just a retread of the territory that the franchise has previously explored. Set 15 years after the events of the Stand Alone Complex series, SAC_2045 looks at the danger of Global Simultaneous Default, a drastic push in the development of artificial intelligence that has been viewed as a “post-human” threat on society. The general public remains in the dark regarding these unnerving AI advancements, but the threat of singularity makes itself known to Major Motoko Kusanagi.

SAC_2045 spends a bit of time playing catch-up between Ghost in the Shell projects, not that a pre-existing knowledge of Ghost in the Shell is fundamental to understand or enjoy this series. Motoko, Batou, and the rest of the former Section 9 crew have taken up a life as mercenaries as they roam the world looking for gigs and taking advantage of their advanced skills. It’s only when Kusanagi and company become aware of the Global Simultaneous Default and their powerful, enhanced “post-humans” that the gang gets back together with Section 9 to prevent this disaster from spreading over the entire world. The season falls into a very comfortable balance between serialized storytelling and police procedurals as it examines this new sci-fi menace.

It’s very satisfying for Ghost in the Shell to return to all of the classic characters from the series like Motoko, Batou, Togusa, and Saito, but SAC_2045also adds some new members to the Section 9 squad. Sean and Purin are the newest recruits to the team and occasionally operate as an audience surrogate. The series also excels when Section 9 gets to work together as a team. All of these agents are experts, but there’s a real sense of satisfaction when they pool their skills and effectively take down the enemy. The series never falls apart when everyone is off on their own, but these group scenes definitely work the best.

The team scenes are a success, but the series struggles with how Motoko Kusanagi has a tendency to get lost amidst all of the action. Even though she’s present in most scenes, SAC_2045 could do a better job at expressing her character. Part of the point of Kusanagi is that she sometimes operates as a cipher, but she’s also someone who’s experienced incredible change, which often gets overlooked here.