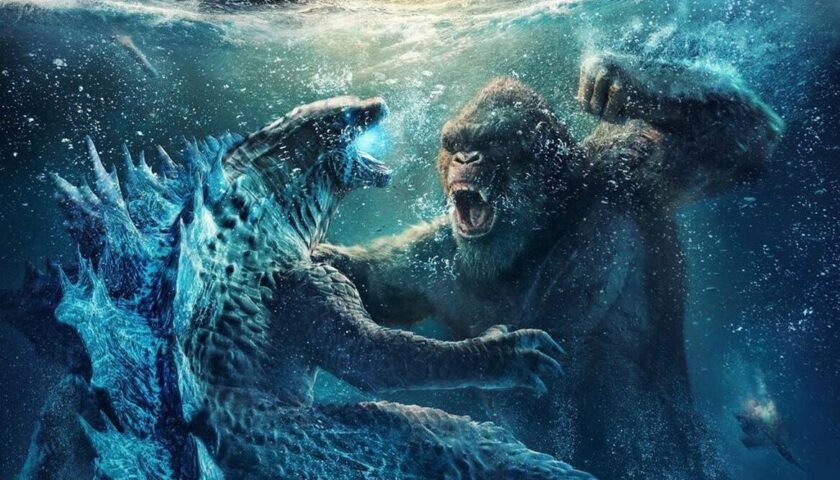 If you needed a rock-solid reason to return to the cinemas, Godzilla vs Kong would easily fit the bill. This monster movie would probably look spectacular wherever you watch it, but it absolutely dazzles on the big screen with epic monster-on-monster action and thunderous, almost deafening, sound effects.

The fourth film in Warner Bros and Legendary’s MonsterVerse, a cinematic universe where giant monsters are real and have existed way before the human race came into being, Godzilla vs Kong pits two ancient alpha predators against each other.

For some reason, Godzilla, a predator resembling a huge reptile who has the ability to bombard his enemies with nuclear radiation, has been attacking cities and killing people. Godzilla, always seen as more of a saviour than an indiscriminate killer, is mighty ticked off about something and has been felling cities like dominoes.

Enter Kong. Since Kong: Skull Island, the giant ape on which many say the survival of humanity depends, has been dragged from his isolated island home to the civilisation. Luckily for humans, there is a little girl who has a connection to Kong and they communicate using sign language.

Kong is bound and carried off aboard a ship to Antarctica, as the continent hides in its depths a door leading to a whole world inside the earth, the original abode of the titans. They intend to find out the secret to that hidden world and if the Hollow Earth theory has any truth.

Meanwhile, a podcaster and a couple of teenagers discover a nefarious conspiracy that may help explain why Godzilla has gone crazy.

If you noticed why this review is talking about human characters in vague terms, there is a good reason. This monster mashup is another addition in the MonsterVerse in which human characters are seemingly thrown in just to have an excuse for the titanic clash. That is admittedly a shame, for there is actually quite an excellent ensemble.

But chances are, if you bought a ticket to catch this movie in the theatres, you are here to witness the brawl. And when it comes to the promise of its title, Godzilla vs Kong delivers immensely.

The two iconic movie monsters fight more than once, and each time it is like two gods battling it out for the supremacy of the world — which is perhaps not far from the truth. It is like recreation of the best of the classic monster movies, except this time everything looks ultra-detailed and realistic, if a word like that can be used here.

The third act of the film is unadulterated big-screen goodness, and while the resolution of the conflict is something you see coming from a mile away, you’d hardly care.

No matter which titan you wanted to win, you would likely feel satisfied with the outcome.

Godzilla vs Kong is exactly what its trailers and promotional and marketing material said it would be: a big, thrilling, dumb action movie that no monster movie fan should miss.

Forget Tenet, if the attendance in the cinema hall where this scribe watched the movie is any indication, it is Godzilla vs Kong that may end up renewing interest in the theatrical experience. It is the first quintessential popcorn-munching blockbuster you will see after a long, long time.