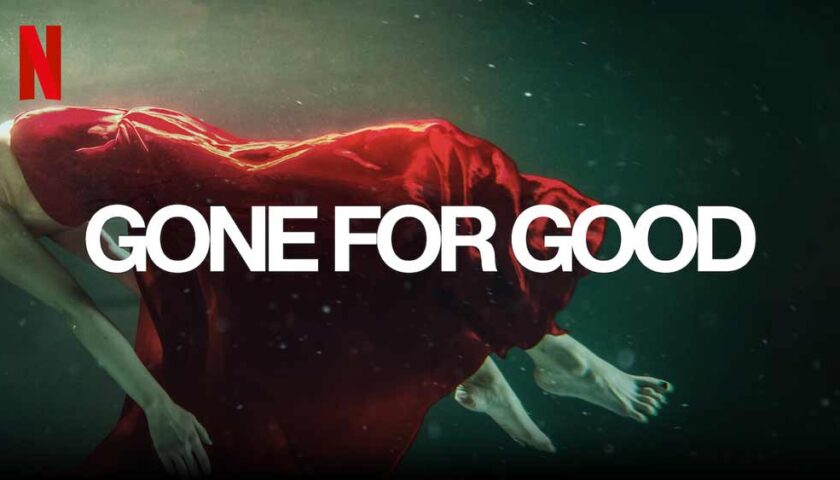 The new Harlan Coben adaptation, Gone for Good (Disparu à jamais), is now on Netflix. Produced in France, the five-part series will have you hooked.

Set in Nice, France, Gone for Good follows Guillaume Lucchesi, who saw the two people he loved the most die: Sonia, his first love, and his brother Fred. Ten years later, the past resurfaces after his girlfriend, Judith, suddenly disappears after his mother’s funeral. Guillaume will stop at nothing to find Judith.

Created by David Elkaïm and Vincent Poymori, with Harlan Coben as one of the executive producers, Gone for Good is an intense, fast-paced, thriller. Much like The Innocent and The Woods, Gone for Good transposes Coben’s story to a European city. The French series has everything a great Coben thriller makes—the unearthing of secret past lives, filled with a harsh and brutal reality, and, of course, unpredictable twists.

The series begins in 2010. Guillaume (Finnegan Oldfield) is still very much in love with his ex-girlfriend, Sonia (Garance Marillier), who lives next door. One evening, he hears shouting and a gun firing from her house. He finds his brother Fred (Nicolas Duvauchelle) being chased by another man with a gun, and Sonia drowned in the pool. Fred falls into the sea as the man continues to shoot at him.

Ten years later, Guillaume is now a social worker, and is very much in love with his girlfriend Judith (Nailia Harzoune). At the funeral of Guillaume’s mother, Judith receives a mysterious phone call that pulls her away. The next day, back at their apartment, all of her clothes have gone, and Judith is nowhere to be found. With the help of his friend Daco (Guillaume Gouix), and Sonia’s little sister Inès (also played by Garance Marillier), Guillaume will have to dig through his own past as well as those near him to discover what happened to Judith.

Much like the Spanish adaptation of The Innocent, each episode of Gone for Good is subtitled with the name of the five main characters of the story. Unlike The Innocent, the French series though does not shift perspective between episodes. Each episode reveals, or rather unravels, the hidden past of a given character, from Guillaume to Fred, as Guillaume continues to search for the missing Judith.

Gone for Good is a great limited series, full of suspense and intensity. David Elkaïm and Vincent Poymori also co-created two critically-acclaimed series in France, Ainsi soient-ils and En thérapie (the French adaptation of In Treatment), the latter becoming one of the most watched series in France for the TV channel Arte in 2020. With Gone for Good, they have created an elegant adaptation of Harlan Coben’s thriller, jumping seamlessly between different past times and the present without confusing the audience. The series assembles a great cast of actors, particularly Nicolas Duvauchelle whose nuanced performance gives an added depth to his complicated character, and Garance Marillier (amazing in Julia Ducournau’s horror Raw) who plays two distinct characters. The series also stars Grégoire Colin (always great, ever since Claire Denis’ Beau Travail and Nenette and Boni) and Tomas Lemarquis.

This is the first French adaptation on Netflix, but it is not the first French production of a Harlan Coben thriller. Two excellent adaptations were produced by TF1, Une chance de trop (No Second Chance, 2015) and Juste un regard (Just One Look, 2017), both also starring a great cast, becoming great successes in terms of audience in France. Each of the new Netflix adaptations has taken Coben’s narrative to different countries across Europe, each retelling the story in their own particular style. For me, the Polish series The Woods is still the best, as it integrated Polish history and culture within Coben’s narrative.

Gone For Good is an intense series that will grip you through its five episodes with its unexpected ending. There is a fluidity to this series, as it delves in and out of the past, unearthing the hidden lives of those closest to Guillaume, but without giving anything away until the very end.