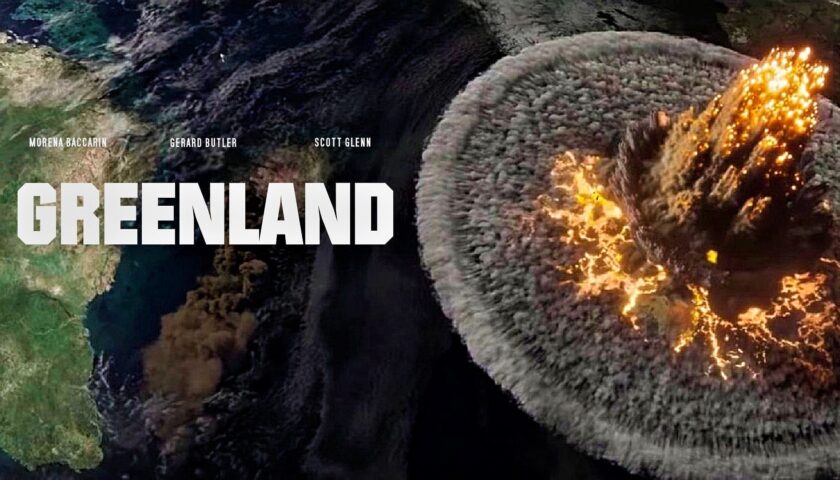 Well, I think so, and here i’ll explain why his might be one of the best of it’s kind, and then I’m talking about realistic catastrophe movie with good acting a.s.o.

Greenland is not only a two hours thrill-ride, it’s also an intelligent and quite realistic catastrophe movie. My thoughts went to The Towering Inferno (1974) and Norwegian The Wave (2015), and the very best The Impossible (2012). And I rule out the alien-kind like Indendence day, which isn’t that good either.

The film has great story up-building, and doesn’t tell to much on why things are like they are, questions will still be answered later on. No over-explaining, but tension-up-building in a good way. the film also make us care about the main persons, and they sweat, scream, are breathing heavy after a run. All actors are ding a great job. The film is well acted, and full of great actors, even in the smaller roles.

When you then also ads a plausible story and mostly very good CGI then there can’t be much going wrong. (OK not all CGI is perfect, but its good, especially the fires and comet-fractions.) But the film even takes time to ask very good questions – I won’t reveal them here, but the film can actually both make a debate, as well as change how we will react to a comet hitting the earth.

The film also is careful not stereotyping, it’s very generous and all in all not only a good script, but als very well made. Kudos to Ric Roman Waugh which really is a film maker to look out for. I love his Felon, Shot Caller and Snitch, which all were impressive. But this is in fact his most impressive so far! Go see it in theaters if you can. This film deserves a large screen – and I’ll go watch again tomorrow!