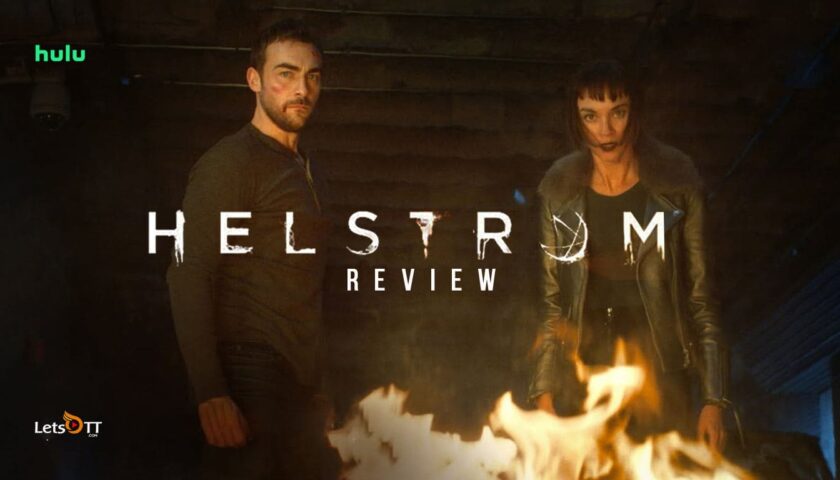 The story may not be overwhelmingly unpredictable, but nor is that the point. This is about Ana and Damon and the people around them–who they are and what they go through. The acting and direction is mostly strong, as is the attention to detail. The dialogue is smart and reasonably natural. While the production is generally solid, it sags notably in the make-up department–where the work ranges from good to perfunctory and outright incongruous. (A strange area for a reasonably high-profile production to flounder, these days.) The FX work is all right albeit very derivative–as is the soundtrack, which thankfully never slips into being overly bombastic or loud.

When it comes to writing, the series definitely could have used a more coherent approach. The fact that there were twelve (12) different writers for this ten-episode run bleeds through and muddles the narrative. In some episodes (the sixth one in particular) trite, traileresque exposition overwhelms the otherwise stark and intimate narrative style, making for an awkward and ironically comic-like detour.

As for the story’s adherence to the original–well, which original? Daimon’s inception was in the early seventies. Both he and his sister (who has a considerably smaller role in most of the comics) have been portrayed in various ways through the years. The ’75-’77 run is vastly different to the later two, which in turn don’t entirely align either (and that’s not even getting into the disparate appearances the characters have made in other comics.) Marvel loves alternate universes, and this is an accomplished, more restrained and human version which I think works really well. (I admit, though–while I really like Austen’s and Lemmon’s portrayals, I would’ve preferred for the siblings to at least have been redheads. Also, that title sequence is just off.)

If you like sombre, portentuous horror drama series with a focus on character interplay, this is probably for you. If you come in expecting Hollywood spectacular or a straightforward comic adaptation, you are going to be sorely disappointed.