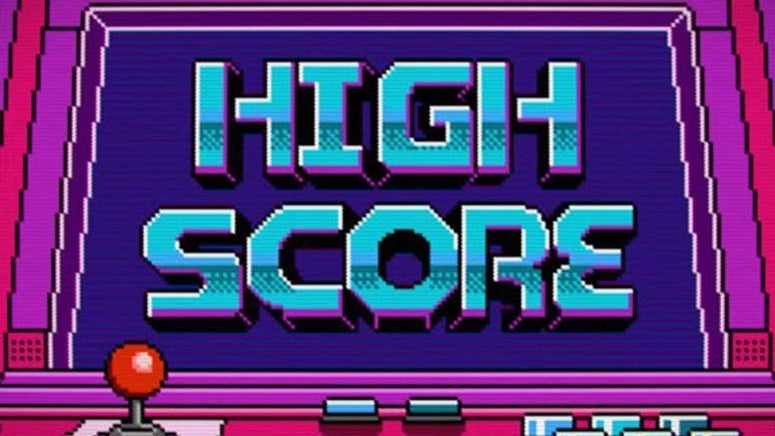 Video games have come a long way since their inception. Video game documentaries about that history? Not so much. Netflix’s new six-episode docuseries High Score looks to change that, and while it isn’t the game-changer we had hoped for, it’s a solid nostalgia-fueled starting point for anyone interested in the early days of gaming, even if its approach to gaming is to mash as many buttons as it can and hope a solid story comes out of it.

Covering gaming from the stand-up arcade cabinets of the late ’70s and early ’80s to the move to 3D graphics for home consoles and personal computers in the early 1990s, almost all of High Score‘s episodes are divided into separate parts that broadly cover the topic of the episode (role-playing games, for example) while also showing side stories of personal connections to gaming, which, because of their specificity, tend to be the highlights of the episode.

For instance, the first episode covering the advent of arcades and gaming cabinets goes deep into the success of Space Invaders through interviews with its eccentric creator, Tomohiro Nishikado, but the more interesting part of the episode follows a group of rebel M.I.T. students who began selling “enhancement kits” to arcade owners that upgraded arcade cabinets like Missile Command to be more difficult and challenging, thus increasing their profit as gamers pumped more quarters into the machine. They were sued by Atari, and later hired to work for them as part of their deal. It’s one of many fascinating legal stories in High Score that helped shape the industry through litigation as hobbyists’ curiosity led them to hack games and consoles. The story of the creation of Atari’s E.T., considered the worst video game of all time, is enjoyable while also showing how it became a pivotal moment for the commercialization of the young industry.

Other side stories are more socially conscious. In the episode covering role-playing and adventure games, game developer Ryan Best talks about his cult game GayBlade, an RPG targeted at LGBTQ gamers in which the hero was gay and used weapons such as press-on nails to defeat enemies. When covering home consoles, High Score digs into the work of engineer Jerry Lawson, a Black game developer who pioneered the cartridge-based console with the little known Channel F console. His son talks about his late father being an outsider in the nascent Silicon Valley, a towering Black man in a sea of white game developers, and how he overcame stereotypes to develop something no one had ever seen.

But when it comes to covering the basics, High Score has more problems because it can’t always get the right interviews. The featured interview for the RPG episode is Yoshitaka Amano, a character designer for the Final Fantasy series whose work is important to Final Fantasy, but not as important as those who actually developed the game itself or overcame the challenges to create an entirely new genre. Though there are interviewees who talk about Nintendo legend Shigeru Miyamoto, there are no interviews with the man himself. These second-choice subjects lead to the content of High Score being dictated by the interviews producers were able to land, rather than the topic itself. (Some interviews are spot on, though, such as Doom‘s John Romero or Mortal Kombat‘s John Tobias, for example.)

The most egregious example of this is in the fourth episode, which plays like a commercial for Sega while it talks about the console wars between Sega’s 16-bit Genesis and Nintendo’s Nintendo Entertainment System and Super Nintendo Entertainment System. Speaking with former Sega of America CEO Tom Kalinske about the Genesis and EA executive Trip Hawkins about Madden Football, which launched on the Genesis, the episode “This Is War” is a one-sided account of the battle between new kid on the block Sega and Nintendo, without any real focal point. Watching it, it feels like producers said, “Well, these are the interviews we got, let’s try to make an episode out of it,” rather than working the other way around. Even by the end of the episode, you’d think Sega came out on top when we know that in reality, Nintendo easily held off Sega and kept it out of future console wars.

But for most, those nitpicks won’t matter. High Score, with its synth-based soundtrack and cool, bright 8-bit animations, is designed to tickle your nostalgia for dingy ’80s arcades and SNES marathons. Interviews are peppered with cool graphics that any gamer will recognize, adding humor to the passionate interviews and really bring things to life. Footage of old commercials are also a treat, though, in retrospect, rather embarrassing for those of us who remember thinking they were the coolest things ever. Video games are supposed to be fun, and High Score does everything it can to make sure the viewer is also having a good time.