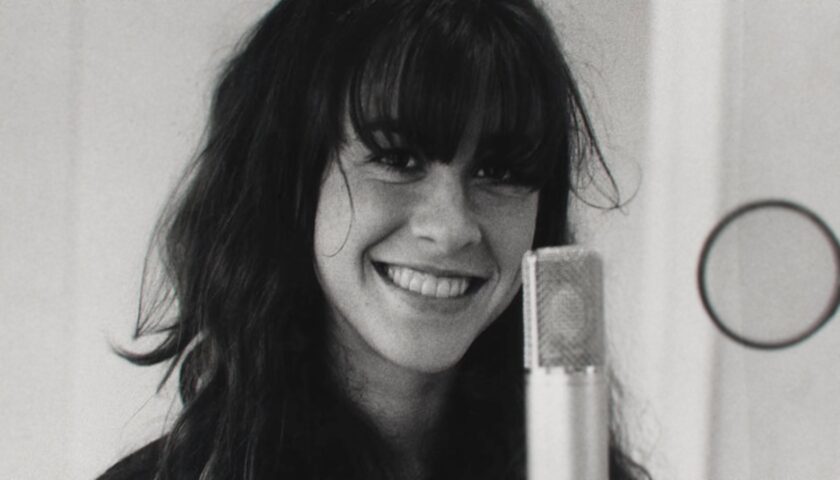 It isn’t exactly the media’s fault that the media narrative around Alanis Morissette fixated initially on her anger. At least not 100 percent. “You Oughta Know,” the first single off Jagged Little Pill, is an impossibly catchy, uncomfortably angry song, and it arrived accompanied by a video in which an unrecognizable Morissette portrayed something of a desert wraith in an arid, rage-filled unpacking of dirty laundry.

For certain audiences who didn’t know Morissette from her Canadian pop roots or the kiddie sketch comedy sensation You Can’t Do That on Television, it was an introduction that clouded perceptions surrounding an album that is not, in its totality, especially angry. It made everything Morissette has done subsequently feel like a surprise, from albums placing self-exploration ahead of angst to her winking comfort playing on those initial interpretations of her persona with roles like God in Kevin Smith’s Dogma or as the voice of Alanis Morissette the Celestial Guardian Angel on Fox’s animated The Great North.

It shouldn’t be surprising, then, that the Alanis Morissette we meet in Alison Klayman’s Jagged, another entry in HBO’s Bill Simmons-produced Music Box anthology documentary series, is almost ridiculously personable. There’s some candor here, and fleeting moments of real darkness, but Morissette leads Jagged with a perpetual smile and an amiable goofiness. One might think this was something she had matured into in recent years, but the film is dominated by plentiful first-person documentation of her mid-’90s explosion in which that same ear-to-ear grin and irrepressible energy were pervasive even if magazine covers were stuck on her being some sort of Top 40 banshee.

Unlike the Music Box documentary Listening to Kenny G, Jagged isn’t intended as a reclamation project, because Alanis Morissette is doing just fine, thankyouverymuch. Nor is it a straightforward biopic, because were that the case, I’d probably be ticked off at having her entire You Can’t Do That on Television experience dismissed with the line “It was too much like a full-time job.”

Though Klayman offers some biographical setup, Jagged is heavily focused around Jagged Little Pill, a welcome narrowing of vision that lets the director do one thing in reasonable depth, as opposed to trying to cram everything from a lifetime into 96 minutes. In one of the early scenes in the documentary, Morissette takes Klayman on a pilgrimage to her storage locker, a space packed with the sort of treasure trove that will have fans salivating over the box upon box of audiocassette demos and home movies on VHS and various film stocks, plus an entire duffle bag that she laughingly says is packed with love letters from boyfriends past.

There’s an exploration of her sense of song structure, of her vivid use of language (if not nearly enough appreciation for her actual voice). There’s a quick dismissal of anybody with the temerity to criticize her definition of “ironic” (though it feels like you can praise that vivid use of language and still carp about “irony”).

Mostly the documentary draws upon Klayman’s conversations with Morissette, who offers funny stories and even a Madonna impression, somewhat softening the sting from the absence of Madonna, impresario of Morissette’s Maverick label, as an on-camera participant. I’d say that Morissette is open, with distinct reservations, and probably was promised by Klayman that this wouldn’t be “that” kind of documentary. Talk of her battle with an eating disorder is circuitous, as are the references to her feelings of sexual exploitation in her early professional years (though her final point on that subject is devastating). I’m not sure #MeToo-style exploration of those topics would necessarily have had a place here, nor was I disappointed that Morissette didn’t feel this was the moment to offer tawdry specifics on any of the men who inspired songs on Jagged Little Pill.

Jagged is more lacking, though, when talk turns to the 18-month tour supporting the album — featured with a depth that’s a real highlight of the documentary. Band members admit, with a little retrospective chagrin, that they exploited Morissette’s celebrity for a long journey of debauchery, but her disapproval is limited to a single stern sentence. It’s also interesting that she brings up the idea that members of the band might have experienced jealousy or resentment about being a near-anonymous backing ensemble — “I didn’t pay attention to who her band was, but, um, were we supposed to?” Ali asks — without any anecdotes to illustrate that tension. One wonders if these half-explored elements were included as a proxy for the sex, drugs and infighting that viewers might expect from a rock documentary.

It isn’t necessary. Jagged works as a snapshot of an album that earned affection, album sales and the kind of ubiquity that wouldn’t be possible today. You might think you want the story of a young woman who journeyed into darkness and came out the other side. But if the actual story is of a young woman who used music as therapy (in addition to actual therapy) and was, more often than not, content and even pleased with a moment of success that few of us can fathom? Why not. Stardom breaks so many artists, eliminates their ability to smile and be goofy. That might have higher drama, but fans of Jagged Little Pill will probably be happier to see Morissette with cute kids, a glorious home library, and that smile intact.