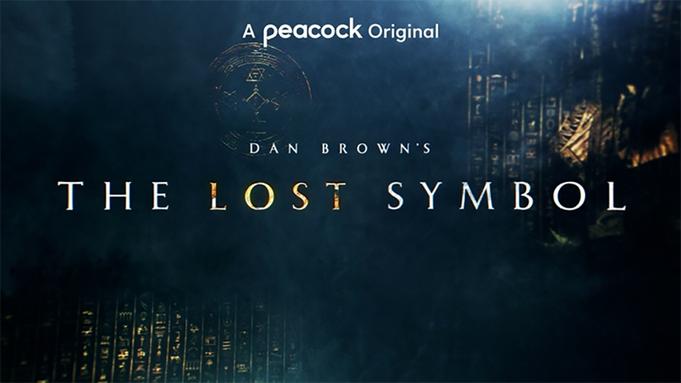 Symbologist Robert Langdon (Succession and Manhattan veteran Ashley Zukerman) is lecturing a Harvard class, and it’s one of those lectures intended to instruct not the gathered group of fictional students, but rather the show’s viewers. He touches briefly and rudimentarily on the power of symbols and continues, “It’s all superstition, but people can believe what they want. Right? It’s a free country. At what point, though, do their convictions and your pursuit of happiness become mutually exclusive? When do benign symbols become malignant?”

From there, Langdon goes on to discuss the symbols that bind alt-right groups and fringe conspiracy theorists. He notes that these groups have created or appropriated imagery, gestures and slogans and built QAnon-style movements around misinterpreted and out-of-context clues. This, to some not insignificant degree, is the primary legacy of Dan Brown’s wildly popular novels and the infinite conspiracy-baiting fictions they’ve emboldened.

It’s a clever thing for creators Dan Dworkin and Jay Beattie to acknowledge at the beginning of their streaming conspiracy thriller. It has nothing specific to do with the book they’re adapting, and, through the rest of the three episodes sent to critics, it has nothing to do with their TV show. If the property’s journey from NBC to Peacock inspired any hope that something perplexingly ambitious might come out of this airport potboiler, worry not. After that initial Langdon lecture, The Lost Symbol settles into a polished, decently acted rhythm that follows the plotting of a Dan Brown novel. But it never finds an enjoyable way to interpret Brown’s trademark reliance on a main character whose superpower is mansplaining.

The series’ creators and pilot director Dan Trachtenberg stick generally to the shape of Brown’s novel. Langdon is summoned to Washington by his academic mentor Peter Solomon (Eddie Izzard). Expecting to give a lecture at the Capitol, Langdon instead stumbles upon a severed hand on a pedestal in the rotunda. The hand is covered in tattoos and it’s wearing Peter’s ring, the ring of a 33rd degree Mason. An anonymous caller, saying he has Solomon in his grasp, sends Langdon on a mission to unravel the clues tied to some sort of ancient knowledge and a portal possibly located in D.C. Langdon’s supposed to work alone, but he quickly finds himself in an unsteady alliance with CIA operative Sato (Sumalee Montano), a Capitol cop with a military background (Rick Gonzalez) and Peter’s feisty daughter Katherine (Valorie Curry), whose interest in noetic science gives Langdon something to constantly malign.

This is the kind of book-to-movie-to-TV brand-mining that NBC has tried to do repeatedly. Think The Firm. Think Lincoln Rhyme: Hunt for the Bone Collector. Think Hannibal. That one of those three shows somehow became a towering artistic achievement with almost no broadcast compromises is one of the great oddities of 21st century TV, but the Hannibal formula isn’t one that anybody is trying to reproduce here.

The Lost Symbol is a straightforward adaptation, held back by many of the same things that stymied Ron Howard’s three (apparently, though I remember only two) attempts to adapt Dan Brown novels for the big screen. Langdon is a character who travels the globe and usually is racing against life-and-death stakes, but at the same time he’s a character whose modus operandi is staring at things, saying “I know these symbols” and then explaining them to everybody in the room, whether they care or not. He needs to have supporting characters with him to justify his monologuing, but even when a character has practical applications — Katherine’s New Agey expertise becomes useful in exactly one scene in three episodes — that means he’s talking only 80 percent of the time as opposed to 100.

The pace and process of reading allow for the possibility that you can play along at home when you’re reading the Langdon books, that you might recognize a word in a foreign language or pause to untangle a riddle before moving forward. I’d point to the early seasons of the Benedict Cumberbatch Sherlock for ways to depict intellectual processes with real panache, but Trachtenberg and subsequent directors of The Lost Symbol can’t find that hook. So you have a show of very handsomely designed interiors — museums, galleries, Masonic temples and whatnot — and then actors squinting and explaining. No matter how outlandish the topic of the discussions, there isn’t enough oxygen in the room to sustain interest. There’s no real sustained action — one OK hand-to-hand fight in the pilot is photogenic, if unconnected to anything else — and the passage of time is decidedly lax.

Zukerman is, in this case, perhaps too perfectly cast. Tom Hanks may have been saddled with bad hair and bad scripts, but he contributed that inherent Hanksian likability that let you forgive Robert Langdon for being Robert Langdon. Zukerman doesn’t pander in the same way. He nails Langdon’s supercilious gaze and his erudite tone and he’s so consistently condescending to Katherine that you wonder how she puts up with him. She’s trying to find her father, and he’s lecturing her on arcane details of biblical history.

Curry, easily my favorite part of The Following, is loosely sympathetic in a one-dimensional role, while Izzard adds real emotion to a part that may not even rise to a single dimension. After Reaper and Arrow, Gonzalez is as good as it gets when it comes to playing outsiders brought into unorthodox crime-fighting teams. And having a character who’s a Capitol cop brings unexpected undertones of the  Jan. 6 insurrection that the show wouldn’t know what to do with even if they were intentional. In the role of the obligatory Dan Brown zealot villain who might as well be an alien — see Paul Bettany in The Da Vinci Code — Beau Knapp is hammy, if moderately creepy.

Episodes end in low-impact cliffhangers that at least give the illusion that this story was being considered in episodic terms, without any sort of in-episode structure or momentum. Robert walks through some tunnels and finds a new trinket and then continues on to the next one. I’m not sure that any of it would be worth caring about if Peter Solomon weren’t played by Eddie Izzard. So kudos to that bit of casting, but in general this is another NBC-affiliated swing at a blockbuster franchise that rises no higher than acceptably bland.