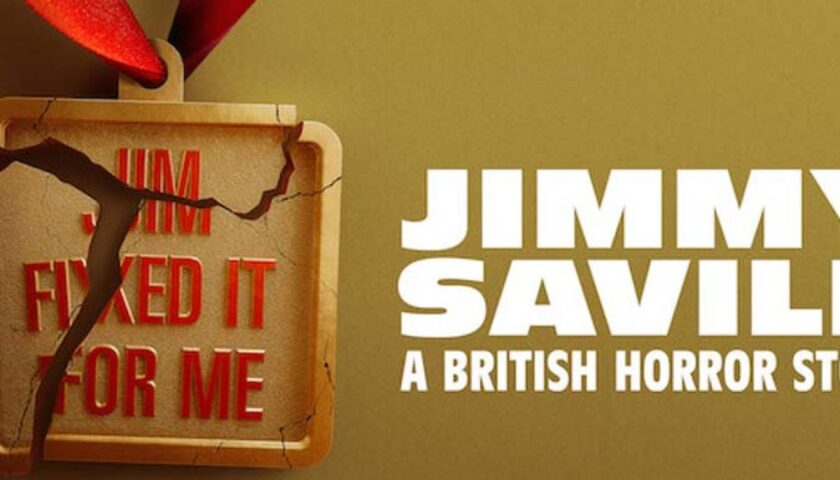 If you’re British and of a certain age then the very mention of the name Jimmy Savile will inspire a plethora of emotions. For decades, the TV presenter and DJ was famous and influential in a way that can be hard to truly quantify. It was the dream of many a young child to appear on his show ‘Jim’ll Fix It’ and his near-parodic appearance saw him become a genuine pop culture icon. Upon his death, he was instantly mourned by celebrities, politicians, and the BBC alike as a hero, a man who raised millions for charity and made dreams come true. Mere weeks later, he was revealed as one of the most prolific rapists and sexual predators of the past century.

It has been reported that Savile abused hundreds of people, mostly children, throughout his life, but the exact number may never be brought to light. Through his fame and charity work, he had access to various hospitals, where he frequently sexually assaulted young patients. Britain was shocked and the reverberations from this case impacted every tier of power. How does one even begin to quantify this barrage of pain and manipulation? For the makers of A British Horror Story, there simply isn’t enough time to really get into the weeds, but what is covered here will undoubtedly make viewers familiar or new to Savile equally queasy.

All of this is painfully well-known on my side of the pond. It’s been endlessly dissected in news reports, books, and documentaries. We’re about to get a dramatization of his story from THE BBC with Steve Coogan playing Savile. So, it’s easy to wonder who A British Horror Story is for, but the answer to that is easy: it’s for Americans. Really, it’s for all of the non-Brits who may only know the basics of this case, the people who look at this blatant weirdo and wonder why it took so long for everyone to notice the bloody obvious. That’s not to say that Brits have nothing new to learn here. Honestly, I’m not sure our nation has fully accepted what happened here.

British media figures like Mark Lawson and Ian Hislop offer commentary that details how Savile, a Northerner and former miner, created an image of authenticity and charm that allowed him to accrue power and rub his leering misogyny in people’s faces. They watch footage of old episodes of his decades-long TV tenure with looks of pained hindsight on their faces. A biographer shares the startling letters that reveal how Savile essentially acted as a personal and professional advisor to various members of the British Royal family. Former Savile contemporaries on British TV recount with embarrassment how they inadvertently strengthened his cheeky image by playing along with his creepiness. One former presenter even admits that she feels like a liar for watching old interviews back and not seeing what was in front of her face. A montage of Savile making the same deeply creepy joke — ‘My case comes up next Thursday’ — is chilling. ‘Television protects itself,’ one says. It creates a veil of fantasy that can be hard to penetrate, especially when the institutions propping it up do everything in their power to maintain the facade.

The docuseries is two parts long and runs at about three hours. It’s not enough, frankly. This thing could have been the length of the extended Lord of the Rings trilogy and there would still be a slew of key information to cut. We don’t hear from many of Savile’s victims, nor do we get much in terms of his pre-fame life (check out the Dan Davies book In Plain Sight for a more comprehensive view of things.) A psychologist offers a truncated analysis of his predatory behaviour but doesn’t go far enough. In fairness, I’m not sure anyone ever could create a full portrait of such a grotesque man. This is an abuser who disguised himself with the truth, a very smart bully who played the game with a lot of help from his powerful friends. In one rare moment of candour, we hear Savile on tape as he is interviewed by the police and his anger becomes impossible to cloak with the dazzle of celebrity.

The show doesn’t fully convey the structures that kept him aloft and continue to dominate British culture and politics in 2022. Many people are still prone to writing Savile off as an eccentric, a one-off blip rather than a symptom of the disease. The BBC shelved a Newsnight investigation into Savile, denying they did so to protect their former star’s reputation, but the stain of that decision remains for the company. While that is mentioned here, for those unfamiliar with the true extent of the matter, it doesn’t truly convey what that decision meant.

One thing the series does do very well, however, is lay bare just how enraptured the nation was by Savile. Margaret Thatcher invited him to dinner every Christmas. He appeared on every channel and show, cracking off-color jokes and bragging about sex with young women while the audience and hosts laughed along. The freaking Pope had an audience with him! When I told my parents I was watching A British Horror Story for work, both of them talked about how they’d sent in letters to Jim’ll Fix it. ‘Everyone our age did,’ my mum said. ‘He was just that famous.’ We are blinded by fame, so utterly enthralled by the vaguest promise of it. Savile was famous for longer than he wasn’t and he knew how to wield that. At one point, Ian Hislop wryly notes that there’s a point where ‘weird eccentric’ evolves into ‘national treasure’, and the older and more unnervingly honest Savile got, giving rambling interviews where he practically dared journalists to heed his pseudo-confessions, the more the media and public turned him into a cuddly figure of respect. You turn a blind eye to the famous guy making women uncomfortable on live TV, even if you go out of your way to avoid the same anonymous men you see every day.

The end of the series includes a brief montage of various voices decrying the ‘witch hunt’ against the late Savile after the myriad allegations came to the forefront. As the numbers mounted, including details that Savile targeted brain-damaged children, there are still people desperate to maintain the foundations that kept Savile on top for decades. There are still some from his inner circle who seem unable to fully disconnect themselves from his grasp. Someone says that Savile basically groomed the nation, a phrase that feels a touch tactless given the context but does get at something. We are not immune to the web that Savile spun. We are not safe from the possibility that such a thing could happen again. Hell, Bill Cosby has faced decades of credible accusations from countless women and you can still find plenty of people eager to throw themselves in front of a bullet for the accused rapist.

Andrew Neil says that journalists failed the country but that the nation also failed itself in helping to create this monster. It’s not that he’s wrong but it would be foolish to pretend that everyone involved here had the same level of power to tackle the problem. The BBC and a young girl watching the BBC do not have the same responsibilities. Delving into that dynamic and the subtleties of this notion of ‘the monster the world created’ probably needs more time than A British Horror Story was able to dedicate to it. It’s not enough to just show some journalists looking kind of bashful in hindsight. What will stop them from helping to birth the next abuser who finds comfort in the binds of unchecked institutional power?