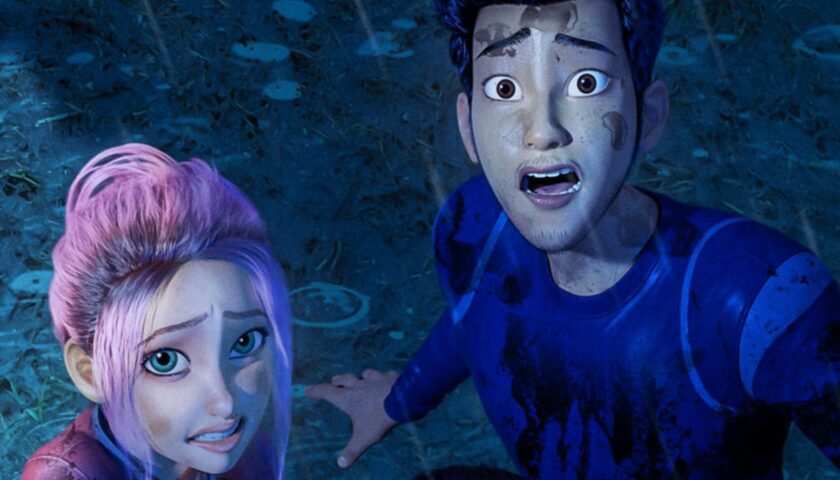 When we last saw the campers of Camp Cretaceous at the end of season 2, these teens were done waiting for help to come rescue them from Isla Nublar. Indeed, after building their own shelter and surviving for months on their own, the campers are probably the best suited humans to survive on a dinosaur-populated island.

If you missed the first two seasons of Camp Cretaceousbut are familiar with the larger Jurassic World franchise, it helps to know that the series takes place between the events of Jurassic World and Fallen Kingdom. The main conceit of the younger-aimed cartoon series is that six campers—Darius, Sammy, Ben, Brooklynn, Kenji, and Yaz—were left behind during the island’s evacuation during the Indominus rex incident. After making tremendous efforts to get to the rescue beacon to summon help, the campers have had it. No one is coming, so they’re going to save themselves.

The season two finale left viewers with no doubts that if anyone could make it off Isla Nublar without help, it would be this crew. But viewers also had no doubts that it wouldn’t be a simple solution, and season 3 shows just how many hurdles get in the way of even an intrepid group of teens. No matter how determined they are to survive—and thrive—the odds remain against them. They have few real supplies, and the third season opens with what seems to be the latest in a number of escape attempts.

It also opens with some friction between the characters that hasn’t been there since the beginning of season one. The center of Camp Cretaceous is the “camp fam,” as Sammy named them: the six campers and one dinosaur, the Ankylosaurus, Bumpy, who have formed tight, loving friendships despite having little in common. It turns out that surviving dinosaurs creates tight bonds—but as escape nears, the campers start to worry about what will become of their friendships.

Ben is especially worried about his friendship with Bumpy—as well as his own self-understanding, given the tremendous transformation he’s had over the course of the series. The campers are also starting to get on each other’s nerves, which is understandable, given their close proximity with such a small group of humans for an unknown duration of time with no end in sight. (That too-close cattiness is strangely reminiscent of what some families experienced during quarantine phases of the COVID-19 pandemic, and families watching the show together may be able to have a familiar laugh at the character’s struggles.)

The soul-searching and friendship struggles stay central to the story, and the lingering threads from earlier seasons (what is E750, the mysterious project Brooklynn discovered, and that viewers know escaped from its tank during the events of season 2) have moments to be revealed. After two seasons of talking about his penthouse, Kenji finally gets his big moment to show off the more glamorous parts of the island that still exist. And Ben’s newly discovered pyromania gets several light-hearted central moments.

One of the coolest aspects of Season 3, however, is how deeply it leans into the earlier mythology of Jurassic Park. In several episodes, the campers end up at the original park’s visitor center, and the music swells with the original John Williams theme, giving a surge of nostalgia to parents (like me) who saw the original film in theaters at the age their children are now.

Franchise viewers (even those more familiar with the LEGO versions of the characters) will be thrilled to see some additional cameos, while some first season characters viewers may be expecting don’t (yet) make a return. And although there are villainous dinosaurs in this season, the story builds on earlier events to emphasize that dinosaurs are far less monstrous than the humans involved in their stories.

Season three balances calmer, lighter moments—such as a teen party with swimsuits likely pilfered from what remains of the Main Street shops—with heart-pounding action, and real concern that favorite characters won’t make it out alive. Parents can trust Dreamworks and Netflix—so far, at least—to keep those threat levels and tensions from becoming too overwhelming for young viewers. Older viewers (even those without children) will enjoy the additional moments spent exploring Isla Nublar in the time between the films—and will be just as eager as the young viewers to know if those final teasers at the end of the finale mean another season is (hopefully) on the way.