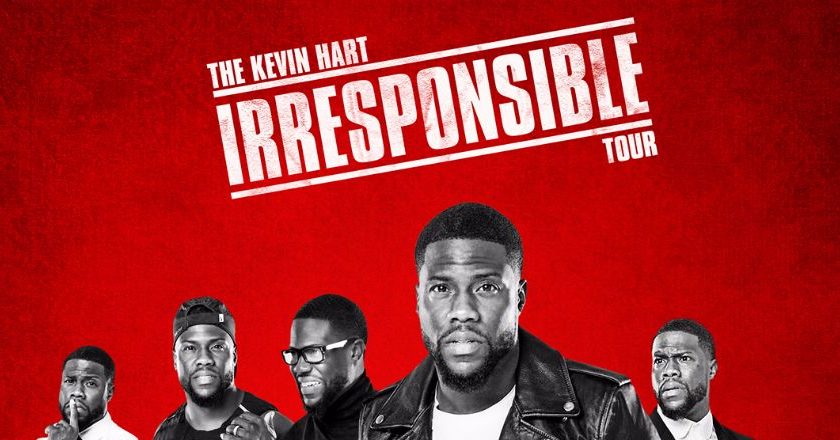 Review: If Kevin Hart’s career were placed on a graph to represent growth, the line would almost be vertical. The comedian is still peaking, establishing himself as one of the wealthiest properties, and breaching amongst Hollywood’s finest – he’s made it look easy. But of course it hasn’t been simple; if you have followed him closely from his early stand-ups, up until now, you can notice the difference in his approach. He’s A-list platinum-plated and his latest Netflix special Kevin Hart: Irresponsible demonstrates the enormity of his current level.

The only issue I’ve had with Kevin Hart in recent years is that his success in this industry sometimes outshines the comedy. Once he exploded, some of his stand-up did not have the same effect; it was not his fault. To go from poor to middle-class to ultra-rich is going to have an impact on your view of the world and make you slightly out of touch with your crowds. In his sold-out arenas, it felt like his material was not as relatable, and forced, to demonstrate his new life. The stand-up lost that intimacy that is born from a more claustrophobic venue. His films nurtured the old Kevin Hart, clutching to the nostalgia of his older work. I feared the same before viewing Kevin Hart: Irresponsible.

But my fears dissipated after 10 minutes of watching Irresponsible. Yes, he is performing in a sold-out London arena, and yes the venue feels too large for what he’s trying to deliver, but he seems to have learned from his mistakes. He has dressed down the theatrics, and even makes the point in the first minute that he will dive into it. He uses some stage effects, but the way he utilizes them brings you to tears from laughter, and not in a way that makes you feel impressed by riches.

Kevin Hart: Irresponsible zones in on his usual talk; family, friends, and mistakes. He openly talks about his second marriage, and how his past decisions have made him into a more developed person today. He roleplays every scenario, squeezing out every little drop until the joke is finished, and the audience is exhausted from laughter. Kevin Hart makes use of a center stage more appropriately it seems, focusing in on his stories, and remembering what his fans enjoy.

His jokes sound fresh, but familiar, especially when he talks about his kids. The key to Irresponsible is his ability to own the embarrassing moments, and strive on times where he was needlessly insecure. The stand-up peaks during the fourth quarter, where he discusses several scenarios in his house where he has hidden guns in case of a robbery; the comedian can barely contain himself when he delivers the final situation, and I could scarcely focus from laughter.

As a side note, I have no qualms with Kevin Hart planting his profile into films; in fact, I was surprised at how natural he became in a semi-serious role in The Upside, but if Irresponsible proves one idea, it’s that he will always belong on the stage.