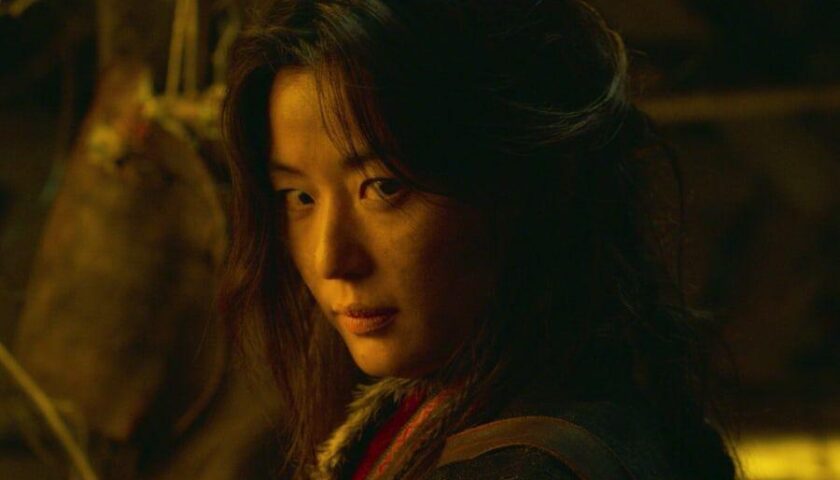 The Kingdom series (Kingdom of the Dead) produced by Netflix and released in 2019 has achieved great success with many positive reviews from critics. Kingdom brings a new aspect when harmoniously combining between historical and horror genres, contributing to highlighting the political struggle in the context of zombies.

After the success of the first season, the series has made a second season to prepare for the release of a side story, aiming to bring the story of a mysterious character named Ashin. This character was once appeared at the end of season 2 of the series, bringing with it the mystery of the origin of the resurrected grass that causes zombies to appear.

After keeping fans waiting impatiently for a long time, Netflix has finally announced the release date of the Kingdom: Ashin Of The North is July 23,2021. If you’re still wondering if the movie is worth the long wait, here are the reasons for you.

More than a month before the premiere, Kingdom: Ashin of the North released a second teaser video, revealing more movie content. In this teaser, Ashin’s identity is also revealed. Ashin is a lonely girl who grew up in a village in North Yeojin that was isolated because of the undead. Ashin alone learns how to fight and survive. In particular, she also knows the strange flower “saengsacho” has the ability to revive the dead, and is also the source of zombies.

Remember at the end of the second part of the Kingdom series, Crown Prince Li Chang (Ju Ji Hoon) and doctor Seo Bi (Bae Doo Na) found a resurrection tree while going north. Here, they were told by villagers that someone from China had sold this plant. Then, in the last scene of the movie appeared a woman with a mysterious smile, Ashin (Jun Ji Hyun). There is a theory that Ashin is intentionally spreading the disease, causing the zombies to rise. But the question that makes people constantly ask is “Why did she do that”?

In this side story, more questions will be answered as we follow the story of Ashin, who knows the origin of the resurrected grass that can bring people back from the dead. Along with that, Ashin’s true identity and her role in the events taking place in the Kingdom series will also be explored.

As soon as she appeared as a guest at the end of part 2 of Kingdom, Jun Ji Hyun attracted great attention and revealed this special part. Jun Ji Hyun’s appearance in Kingdom: Ashin Of The North also marks her highly anticipated return after 5 years, since the drama “The Legend of the Blue Sea” with Lee Min Ho.

In addition to Jun Ji Hyun, the film’s producer has just confirmed that two other actors will also appear, Park Byung Eun and Kim Shi Ah. Accordingly, Park Byung Eun will return as Min Chi Rok, a member of the army who once encountered Ashin in the cold northern region. He later became a General and helped Crown Prince Lee Chang fight against the plot to seize the throne. Meanwhile, young actress Kim Shi Ah will play the young Ashin.

One thing that makes fans curious is whether the “prince” Ju Ji Hoon and Bae Doona will appear in Kingdom’s side story. These are considered two key characters during the previous two seasons. Therefore, although the producer has not officially announced it, the audience still hopes to see both of them again in this special episode.

In the first short teaser introduced, viewers felt the tense situation through fast and fast-paced scenes. The teaser opens with a young Ashin holding a torch and entering a dark, eerie cave.

Inside, she discovers strange markings on a rock and resurrection grass. Accompanied by the words: “To revive the dead, there will be a price to pay”. Then, there is a hand that break the tree and the dead are resurrected..

On June 14, Netflix continued to release 5 more posters revealing important details in the upcoming spin-off. Accordingly, on the posters that appear in turn are the images of young Ashin (Kim Si Ah), an adult version of Ashin (Jun Ji Hyun) standing in a very mysterious deep forest, a purple flower planted in the forest called resurrected grass, a tiger with a scar on the face and a pile of corpses is stacked extremely scary.

In particular, on all 5 posters, there is the line “Death to devour Joseon blooms”. This shows that there will be 5 important details related to the great tragedy that happened to Joseon. What are those tragedies and where do these mysteries begin, it will certainly have to wait until Kingdom: Ashin Of The North airs to be answered.

As introduced, scriptwriter Kim Eun Hee and director Kim Seong Hun – the duo who worked well together in the series Kingdom will participate in directing the side story Kingdom: Ashin Of The North. Previously, screenwriter Kim Eun Hee was also the one who wrote the script for the detective drama “Signal”. This is considered the standard work for the Korean crime drama series until now. For fans of Kingdom from the past, there is certainly no doubt about the quality of the product that this writer-director duo brings.