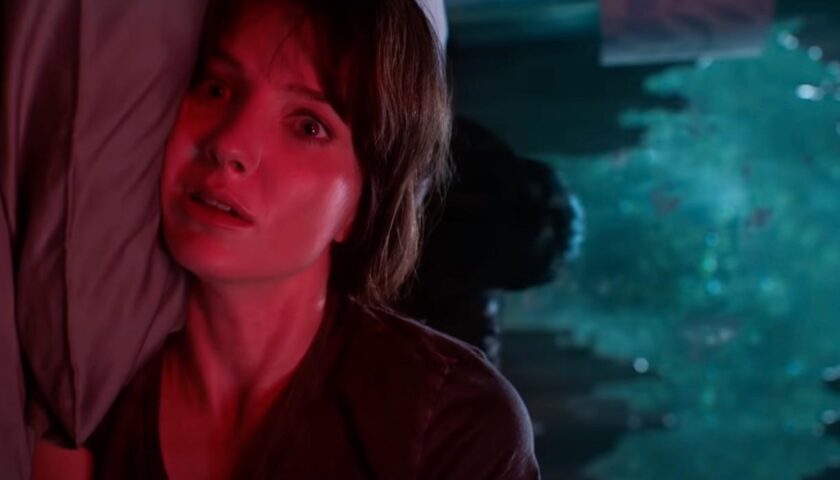 Following the incredible success of the Saw, Insidious and Conjuring franchises, horror impresario James Wan looks to launch yet another supernatural hit series with Malignant.

Drawing upon themes as wide-ranging as lucid dreaming, childhood trauma and malevolent spirits that lurk in the wirework, the film often seems to flounder in its execution, fumbling desperately for that all-important hook to reel audiences in.

Thankfully, Malignant does deliver a third act that is both stupefyingly ridiculous and wholly reassuring to horror fans, confirming that Wan retains his position as one of the most consistently entertaining showmen in horror movies today.

The film opens in a suitably spooky-looking psychiatric hospital, perched precariously on the edge of a storm-battered cliff. Inside, an exasperated doctor declares that her treatment of an unseen patient has failed, and it is “time to cut out the cancer”.

We then jump to the present day, where our put-upon pregnant heroine, Madison (Annabelle Wallis), is subjected to some unpleasant domestic abuse that leaves her with a perpetually weeping head wound.

This is followed by a grisly home invasion, in which her brutish husband is murdered and Madison is hospitalised, having suffered a miscarriage – just her latest in a series of unsuccessful pregnancies. Upon her release, Madison starts to experience horrifying visions, bearing witness to a string of violent murders perpetrated by the same ghoulish figure that attacked her in her home.

The cops suspect Madison is a little unhinged, and most likely their killer, while she confesses to her sister (Maddie Hasson) that a malevolent spirit has been communicating with her and may somehow be connected to repressed memories from her mysterious childhood.

There is an unfortunate lack of scares or tension in Malignant, despite Wan dazzling us with dreamy imagery and gruesome kills. As the signposts towards who might be responsible become increasingly frequent and obvious, audiences will be forgiven for losing faith in Wan’s abilities to scare us.

Any such fears can be set aside, however, when the curtain is eventually lifted to reveal the delightfully ghoulish truth. What follows is a frantic, blood-spattered climax of outrageous action and violence, propelled by a jaw-dropping revelation so ridiculously audacious it must be seen to be believed.

It can be argued that Wan waits too long before showing his hand, and Malignant could certainly benefit from losing 15 minutes or so from its overly laborious build-up. But the finale is so defiantly demented and executed with such confidence and commitment that any pain and suffering from what comes before is swiftly forgotten.