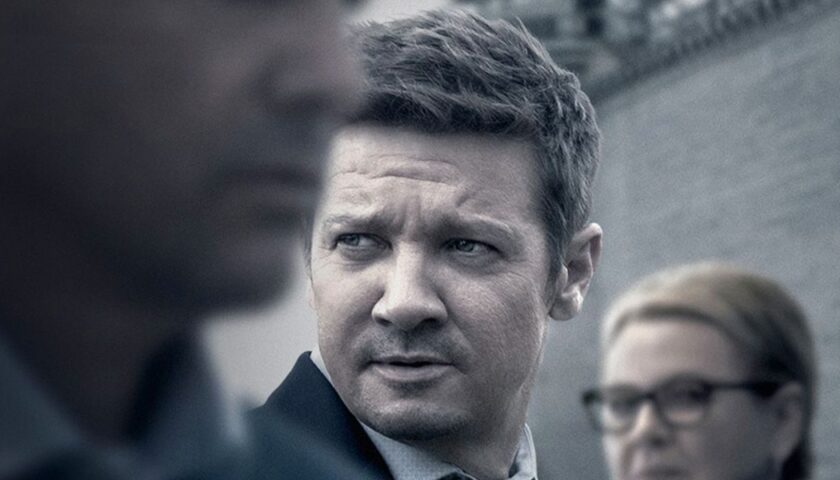 Jeremy Renner is the top-billed star of the Paramount+ crime drama series Mayor of Kingstown. As the series begins, Renner’s Mike McLusky is the right-hand man to his brother Mitch (Kyle Chandler), the man everyone refers to as the “mayor” of Kingstown, Michigan. Mitch isn’t the actual mayor, but he’s a sort of all-purpose fixer who keeps the peace and bridges the gaps among various law-enforcement and criminal factions in town.

Mitch is a necessary presence because Kingstown is what Mike refers to as a company town, in which a complex of seven different prisons drives the local economy. In Mayor of Kingstown, there are 20,000 inmates housed in those facilities and only 40,000 residents in the surrounding town. Mitch and Mike navigate that delicate balance as they solve problems for the relatives of inmates, the guards at the prisons, the local police, and criminals. It’s a nebulous position that might involve digging up a buried bag full of cash for a bank robber serving a life sentence or providing comfort to a woman whose brother is on death row.

It’s never clear what legitimate profession Mitch and Mike use as cover for their operations, although they have an established office and employees, so presumably they’re licensed in some capacity as private investigators or consultants. The vagueness of the concept extends to Mayor of Kingstown itself, which is a dour, flavorless combination of familiar crime-drama elements, led by Renner at his most glum. In the two episodes provided for review, there are some vaguely defined ongoing storylines, along with what appears to be the beginning of a potential season-long arc that comes to a swift, underwhelming resolution.

Thanks to unexpected events, Mike finds himself taking over the whole mayor business from Mitch, an affable yet hard-nosed diplomat. Mike, who spent time in prison himself, is less invested in the community, and he spends most of his time in the first episode talking about how much he wants to leave Kingstown. He chooses to live in a remote cabin in the surrounding wilderness instead of in town, and he only grudgingly helps his clients in Mayor of Kingstown’s first two episodes.

Renner’s sullen performance makes Mike a pretty unappealing protagonist, especially in contrast to Chandler’s engaging, charismatic presence. As Mike, Renner spends most of his screen time brooding. Even when Mike picks up a bow and arrow in the second episode to take care of wild animals around his cabin, Renner plays it grim — instead of winking at his famous role as the Marvel Cinematic Universe’s Hawkeye. Mike delivers a heavy-handed speech to his mom about the role that the family business plays in the town, insisting, “We don’t break the law, we bend it.” But Mayor of Kingstown doesn’t back up the claims that the McLuskys are doing valuable work for the town or the people who need them.

The McLusky family also includes younger brother Kyle (Taylor Handley), a local police detective, and mother Miriam (Dianne Wiest), who teaches history classes at the women’s prison and disapproves of her sons’ quasi-legal enterprise. Wiest is a fantastic actor, but her role in Mayor of Kingstown’s first two episodes consists mostly of scolding and hand-wringing. Based on the first two episodes alone, Handley’s Kyle is overshadowed by Renner and Chandler.

Mayor of Kingstown feels exploitative of the marginalized characters who seek out the McLuskys. The first episode relies on the uncomfortable, outdated cliche of leering at the naked body of a vulnerable female character, only to make her the victim of horrific violence a couple of scenes later — all for the purpose of motivating the central male characters.

Mayor of Kingstown was created by Taylor Sheridan along with co-star Hugh Dillon, who plays one of Kyle’s fellow cops. The series hints at social commentary on serious issues like poverty, racial inequity, and the prison-industrial complex. However, it doesn’t critique anything about them so much as it depicts these issues. Sheridan’s screenplays brought a keen sense of regional culture and class structure to thrillers like Sicario and Hell or High Water. Although he wrote both episodes provided for review and directed the pilot, his distinctive vision is lacking here.

Sheridan’s somewhat soapy Western series Yellowstone is a massive hit, and Paramount+ undoubtedly hopes that Mayor of Kingstown will follow suit. But part of why Yellowstone is so successful is that it appeals to a broader audience than Sheridan’s early film work did, and Mayor of Kingstown feels even more generic and watered down. It has the trappings of a prestige crime drama like The Wire, but the plotting is closer to mainstream procedurals. With the explicit content toned down a bit, the series feels more fitting to air on Paramount+’s sibling network, CBS.