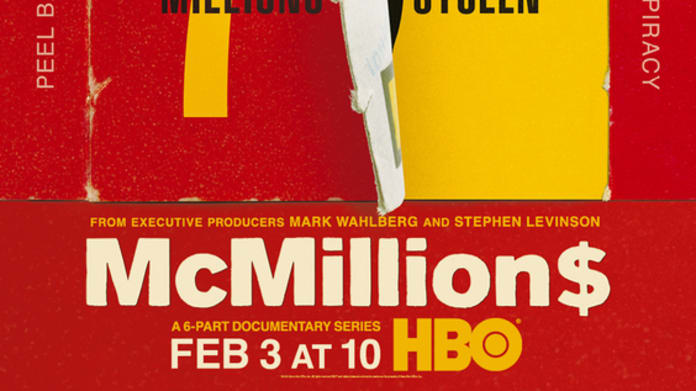 “McMillions” (2020 release; 6 episodes of about 1 hr. each) is a documentary mini-series about the infamous McDonald’s Monopoly game, which was rigged for over a decade (1989-2001). As Episode 1 opens, we are given a 30,000 ft. big picture summary of what happened, and we then turn to “Jacksonville, Florida 2001” where we get to know several FBI agents. One of them gets a tip about the Monopoly winners of the last decade somehow being connected to each other. The FBI starts looking into it, and lo and behold, the FBI findings confirm the connections. But how exactly did they pull this fraud off? Who is “Uncle Jerry”? And was someone within McDonald’s in on it? At this point we are 15 min. into Episode 1.

Couple of comments: this mini-series is from co-writers/co-directors James Lee Hernandez and Brian Lazarte, making their directing debut. Here they look back at how McDonald’s very popular Monopoly game somehow managed to get rigged, and for a period lasting more than a decade no less. In and of itself an interesting topic (and new for me–not sure why I hadn’t heard of this incident before). Based on having seen just the first episode, however, I have to wonder why the series makers decided to string this out over 6 hrs. because frankly Episode 1 could’ve covered what it covered in far less an hour. In other words: it feels like it is running a bit thin. One funny bit is when the FBI team needs to come up with a name for this operation and they think of many alternatives (including “Operation The Unhappy Meal”), but in the end they decode on “Operation Final Answer” (to coincide with the then-popular “Who Wants to be a Millionaire” TV show).

I am not suggesting that this isn’t a good documentary mini-series, and I plan on watching the 5 remaining episodes (new episodes air Monday evenings on HBO). But I also feel that in order to make this into a great, must-see documentary, this probably could’ve been condensed into an essential 2 hours, rather than a thin-running 6 hours. This is a subjective view, I realize that. Hence I’d encourage you to check it out, and draw your own conclusion.

*UPDATE 2/11/20* I saw the second episode, centering on the seemingly super security measures that were in place to keep McDonald’s Monopoly game intact (even though of course it was breached for over a decade), and the episode confirms everything I saw in the 1st episode: pleasant viewing, but tighter editing would’ve been appropriate. I nevertheless will be watching the remaining 4 episodes to see how it all turns out.