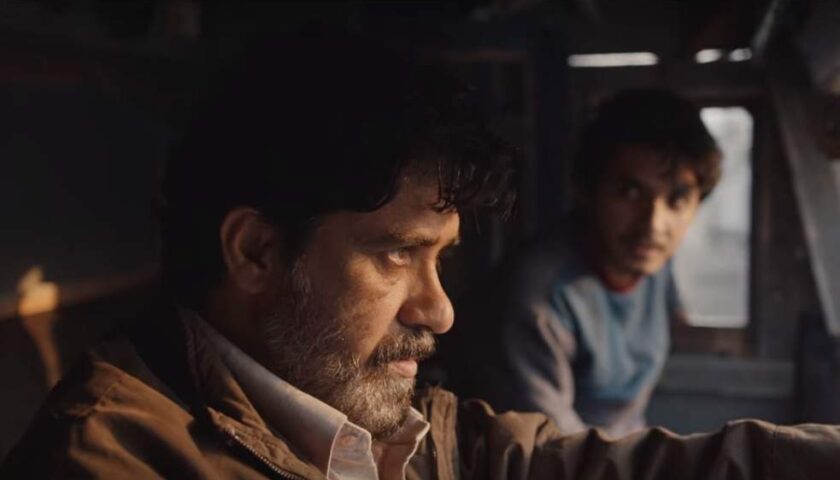 His previous film Soni focussed on women police constables. In his sophomore feature, writer-editor-director Ivan Ayr turns his lens on a truck driver. In Milestone, or Meel Patthar, truck drivers move endlessly, driving through the night on long empty stretches of road, fetching and delivering goods and packages. They travel a lot and see little. It’s a lonely profession and more so for Ghalib (Suvinder Vicky).

The 98-minute Hindi-Punjabi-Kashmiri drama is out on Netflix.

Ghalib a local hero, having clocked 500,000 kilometres of his truck. But he’s also complaining of a backache. He’s world-weary but unrelenting when it comes to picking up the next consignment. He sips from his flask, turns up the volume on the truck’s music system and drives along.

Angello Faccini’s camera captures the soundscape of the trucker’s bay, the checkpost, the banter between drivers and the routine: load up, drive, return, rest, repeat. We overhear Kashmiri neighbours grumbling as Ghalib climbs the stairs to his dusty apartment, once made a home by his wife whose family from Sikkim is now seeking compensation after her death.

If Ghalib mourned his wife’s death, it was perhaps during those road trips. Now he’s facing another harsh possibility – of being made redundant and replaced by a younger driver. When the intern Pash (Lakshvir Saran) is assigned to Ghalib for training, it shakes the veteran trucker, pushing him to make some irrational decisions.

With hunched shoulders and heavy eyes, Suvinder Vicky’s performance illustrates Ghalib’s journey and the toll of 500,000 miles on a road to nowhere. Lakshvir Saran quietly decodes the naivete of a young man eager to do the right thing.

The mood is grey and blue – none of those brightly painted, festooned “Horn Ok Please” trucks here. A solemn film, Milestone is imbued with desolation. There is immense gravitas when Ghalib says, “I do this job because this is who I am. My misery lies in the fact that this is all I am.”