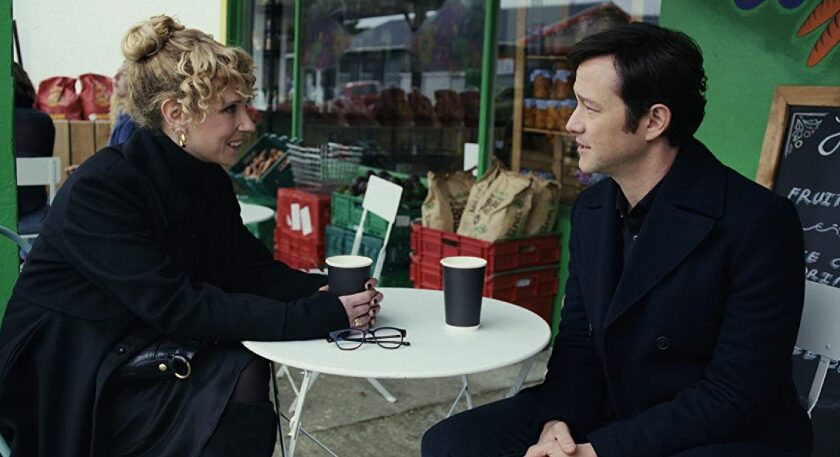 Spending a day in the life of Victor Morales (Arturo Castro) means seeing an L.A. story that TV doesn’t tell too often. A native Angeleno, Victor spends his days delivering packages all over the city for UPS, his nights playing video games with his friends, and his weekends with his daughter who’s now firmly in the dreaded teenage stage of hating everything and everyone, most especially her parents. Castro, most well-known for more overtly comedic roles on shows like “Broad City” and his own series “Alternatino,” imbues Victor with open sincerity and casual compassion that makes him compelling to follow no matter how banal the scene.

Josh is a depressed teacher nursing a broken heart and shattered dreams of musical stardom. Executive produced by Gordon-Levitt in conjunction with A24, each half-hour episode of “Mr. Corman” reflects Josh’s inertia with grave conviction. His deadpan insistence on the world’s inevitable doom and his own futility to make anything of himself before then worries Victor and his mother (Debra Winger), annoys his sister (Shannon Woodward), and bewilders himself beyond measure. The fog of Josh’s anxiety shrouds the show, whether through Gordon-Levitt’s all too convincing performance of grim resignation or through stylistic touches, such as a bell signaling his panic spiking, imaginary sequences unfolding in collaged animation, or the meteor Josh often imagines hurtling towards the Earth to obliterate himself and everything he knows.

And yet despite these surreal breaks in reality, “Mr. Corman” has trouble finding much of anything new to say about the overwhelming ennui of a thirtysomething year-old man feeling stuck in his own boring life. Sometimes the series demonstrates some awareness that Josh’s depression doesn’t excuse his selfishness, usually through another character like his sister or ex-fiancée (Juno Temple) calling him out in a burst of frustration. These moments are frequently a relief, but quickly repetitive as “Mr. Corman” becomes a slog through Josh’s overwhelming self-hatred. The audience doesn’t have to like the main character for the show to work, but at the very least, its center of gravity should be more nuanced and compelling than this one.

The most interesting aspect of “Mr. Corman,” whether accidentally or on purpose, is how the Apple TV Plus show reveals its undeniable thematic ties to one of Gordon-Levitt’s most enduring roles to date. A prolific actor in his youth, Gordon-Levitt became a pop-culture avatar in 2009 as Tom, the platonic ideal of a rom-com “nice guy” in Marc Webb’s “500 Days of Summer.” The insufferable discourse around that movie and its central Manic Pixie Dream Girl (played with lilting charm by Zooey Deschanel) has been litigated to death and back, so no need to resurrect it here. But in watching “Mr. Corman,” it became impossible not to think of “500 Days of Summer,” whether because of how it also lets Gordon-Levitt play in sporadic breaks from reality or, more pressingly, how much Josh evokes a bleak future version of Tom. Unlike “500 Days of Summer,” Gordon-Levitt got to shape “Mr. Corman” as its creator as well as its star, but it still seems like a companion piece picking up 11 years later (and that, not for nothing, might have been better off as a finite film versus a series).

n “Mr. Corman,” the man who once imagined himself an idealistic hero faces the reality of everyday life, cuts his own artistic aspirations off at the knees, and torpedoes his relationship with the girl of his dreams. He knows he has his own issues to resolve, and that he both expects too much and too little of everyone around him. But that self-consciousness rarely translates to the kind of true self-introspection that would buoy both his life and the series about it with the complexity they need. As it stands, “Mr. Corman” is just another show about a tortured man who doesn’t want to be a jerk, but sure is one, anyway.