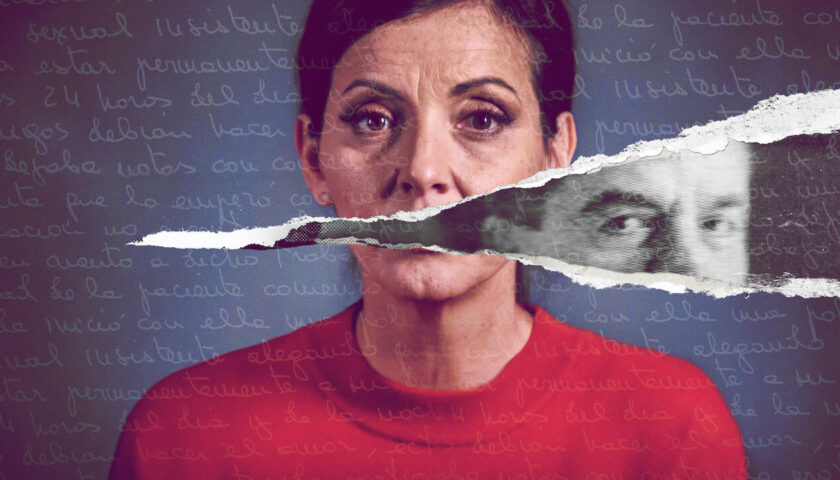 A lot of the recent popular documentary series on Netflix have focused on crimes in the United States. Nevenka: Breaking the Silence instead spotlights a historic case in Spain. It was the first time a sexual harassment lawsuit had been made against a politician, and even more notable was that Nevenka Fernández won. For English speakers, if you Google, there isn’t much about the case, not even a Wikipedia entry. While Nevenka Fernández’s case took place 20 years ago, it will sound painfully familiar for many. Hearing her tell her story will likely be triggering for those who have gone through similar situations, but for anyone else, the series should be mandatory viewing.

In 1999, Fernández was elected to the city council in Ponferrada, Spain alongside mayor Ismael Alvarez. What proceeded was years worth of sexual harassment and intimidation in the workplace by Alvarez towards her. Nevenka: Breaking the Silence is phenomenally directed by Maribel Sánchez Maroto. Nothing is amped up for drama or feels sensationalized. Even the use of musical score is subtle, and often very serious moments have no, or incredibly quiet orchestral backing. The camera mostly cuts to panning shots of locations that Nevenka Fernández recalls while telling her story. That is what stands out the most about Nevenka: Breaking the Silence. It is Nevenka Fernández’s story first and foremost.

There are other people involved in the case interviewed throughout, including lawyers, psychiatrists, and journalists who met Nevenka. Ultimately, however, the driving force is Fernández. She is the one in charge of telling her experience. The documentary is entirely centered on her agency and choice in what she recounts (and doesn’t). There is a painful moment where Fernández openly says that she will not talk about a particularly triggering part of her abuse again, so instead the documentary just gives viewers the audio of her original testimony.

The documentary discusses the case’s relevance as a forerunner to the global #MeToo movement, as well as the cultural implications it had as the first of its kind in Spain. Fernández discusses how she was only 26 at the time, and people expected her to just leave her job quietly. A particularly horrifying moment shows a protest of approximately 3,000 people, who gathered to defend Alvarez and victim-blame Fernández. The case was also the first time a state attorney had to be replaced midway, due to his treatment of Fernández during the trial.

All of this cultural context is important, but it isn’t dwelled on. Nevenka: Breaking the Silence is striking in its simplicity, and that is far from meant to sell it short. The series is Nevenka’s story. It is one story in a sea of many. It doesn’t try to place Fernández on a pedestal as a pioneer of a global movement. The documentary keeps its focus on giving agency to Fernández. Additionally, what makes it required viewing is the fact that it is an upfront glimpse into the process of reporting sexual harassment in the workplace.

Spain is a different country than the United States, but much of the media and social pushback Fernández received is the same. She was accused to trying to improve her career, had her personal life dug up, and was questioned for not saying anything earlier. Nevenka Fernández may have won her case, but she ultimately left Spain to live her life and escape the stigma. While that is horrible, Nevenka: Breaking the Silence ends hopeful. Fernández acknowledges that she is “that Nevenka,” but she is also so much more, and has a life and family. Fernández is not defined by her trauma, and that is a grain of hope viewers can hang on to as the credits roll.

Nevenka: Breaking the Silence is a painful, empowering account of the first sexual harassment lawsuit against a politician in Spain. Its direction gives agency to Fernández, as she tells her story to viewers on her terms. Greater cultural context is examined, but not forced to put a single woman on a pedestal. For those who it is safe to watch, the documentary should be required viewing as a blunt glimpse into the traumatic process of reporting sexual harassment.

Nevenka: Breaking the Silence is streaming now on Netflix.