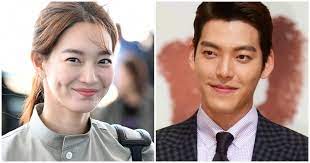 Netflix’s new Korean anthology series Our Blues is filled with both veteran actors up-and-coming names in the world of K-drama. As the latest Korean drama to hit Netflix, The Most Beautiful Goodbye writer Noh Hee-kyung uses Our Blues to break the typical male-female lead format, instead choosing to tell the stories of seven main characters. Here is a guide to the cast and characters of Our Blues.

Our Blues is an anthology-like series that follows the lives and romances of seven main characters. Each character in Our Blues works and lives on Jeju Island, a South Korean island known for being a prime tourist destination. As the K-drama tells the story of each citizen of Jeju, this slice-of-life follows the ups and downs of life and love.

Besides its wonderful cast, Our Blues has a few aces up its sleeve that make the K-drama a must-watch. The drama marks the first time that actors Kim Woo-bin and Shin Min-ah, who are dating in real life, will appear on screen together, though the real-life couple has stated they will not play a couple on screen. K-pop star, BTS’s Jimin, will also be releasing his first solo OST for Our Blues.

Lee Byung-Hun plays Lee Dong-seok, who was born and raised in the countryside on Jeju Island. Dong-seok is an average man who makes and sells trucks for a living. Lee is known for his roles in Squid Game, The Magnificent Seven, and I Saw the Devil.

Shin Min-ah plays Min Seon-ah, who is a woman with a secret that no one knows. After returning to Jeju, Seon-ah works alongside Dong-seok. Shin Min-ah is known for starring in Korean television dramas, including Hometown Cha-Cha-Cha and Chief of Staff.

Lee Jung-Eun plays Jun Eun-hee. Having also grown up on Jeju Island, Jun Eun-hee was Choi Han-soo’s first love; now, this fish shop owner is unexpectedly reunited with her first love after 30 years. Lee Jung-eun is known for her appearance as Moon-gwang in the Korean horror movie, Parasite.

Cha Seung-Won stars in Our Blues as Choi Han-Soo. Han-soo was born and raised on Jeju Island, but has now returned to his hometown after becoming a bank manager and the perfect urban man. Cha Seung-won is known for his roles in the fantasy series Hwayugi and One Ordinary Day.

Han Ji-min’s Lee Young-ok is a young woman who has recently moved to Jeju to work as a haenyeo, a female diver. Many rumors follow the new addition to Jeju Island, and her story is shrouded in mystery. Han Ji-min is known for her roles in Miss Baek and The Age of Shadows.

As Park Jung-joon, Kim Woo-bin’s character is a warm-hearted ship captain in search of a woman who will not leave Jeju Island. After meeting Lee Young-ok, Jung-joon falls in love. Kim Woo-bin is known for his role in Uncontrollably Fond and will appear in the upcoming reboot of the movie Alien.

Uhm Jung-hwa’s Go Mi-ran is a close friend of Jung Eun-hee in Our Blues. Mi-ran has returned to her hometown of Jeju after deciding that she has had enough of the tough city life. Uhm Jung-hwa is considered one of the most influential women in Korean entertainment, known for her acting, singing, and dancing as a multi-platform talent.