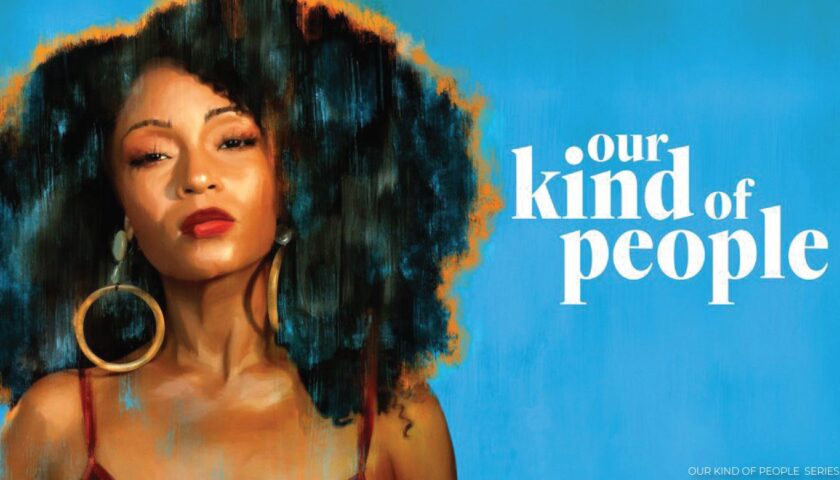 Fox’s Our Kind of People is easy to want to like, and occasionally it’s actually easy to like. Billed as a juicy family saga à la Empire (with whom it shares executive producer Lee Daniels), the hourlong drama promises dramatic twists, luxe-life wish fulfillment and fabulously attired actors ripping into each other at fancy parties — all with an undercurrent of social commentary, based as it is on Lawrence Otis Graham’s critically acclaimed 1999 book of the same name about the Black upper class in America.

Alas, though the show delivers to some degree on all the above, it’s also seriously hindered by a script that prioritizes breakneck pacing over common sense or characterization, and that rarely lets a theme simmer on the level of subtext when it can just come out and have a character spell out the metaphors for you. It’s not just clunky, it’s forgettable — the last thing a show that seems designed for virtual watercooler chat should be.

Writer and executive producer Karin Gist sets her story within the picturesque, predominantly Black town of Oak Bluffs on Martha’s Vineyard, which for the summer is home to a small circle of families well-heeled enough to consider “summer” a verb. Into this insular community enters Angela Vaughn (Yaya DaCosta), a single mom from Boston whose late mother once worked in Oak Bluffs as a maid. With her teenage daughter, Nikki (Alana Bright), and aunt Piggy (Debbi Morgan) in tow, Angela is determined to make a name for herself with her Black hair-care line — but she promptly clashes with the elite social set led by the snobbish Leah Franklin-Dupont (Nadine Ellis).

Our Kind of People revels in the lifestyles of the rich and not-so-famous, opening with a split-screen montage of enormous mansions, expensive cars, beachfront views and the unnamed help who maintain them all. In the first two episodes given to critics for review, Our Kind of People is rarely more than a few minutes removed from yet another excuse for its characters to get glammed up in dresses and jewels. The first episode alone features two cocktail parties, a fashion show and a teenage yacht party. And, as befits a series about a woman hoping to make her fortune in beauty, everyone at those gatherings looks utterly stunning.

Its wealthy characters, too, play into satisfying TV stereotypes of calculating rich people — particularly Joe Morton as Leah’s father, Teddy Franklin, the most successful tycoon in town. He tears into Morton’s monologues about money and power with such delicious, scenery-chewing extravagance that it’s a miracle Teddy’s favorite conference table remains standing by the end of episode one. Similarly, Ellis is at her best when Leah is at her most vicious, eviscerating her enemies with an acid smile. DaCosta, meanwhile, undergirds Angela’s sweetness with steel; she can go from underdog to warrior with a narrowing of her eyes.

But solid performances can do only so much to overcome lackluster scripts. Whatever fun there is to be found in watching Leah cut Angela down to size at a party only leads to confusion when Leah later suggests that she felt bad doing it, though it’s clear she has no intention of stopping her one-woman campaign against Angela anytime soon. A romantic subplot between Angela and a dashing businessman (Lance Gross) feels driven more by plot mechanics and the fact that they’re attractive single people of similar age than by any organic connection between the characters.

The ongoing mystery of what Angela might uncover in Oak Bluffs about her mother’s history serves up answers almost faster than we can formulate questions, which not only robs the storyline of suspense, but also leads to whiplash-inducing tonal shifts. From minute to minute, it’s hard to know whether we’re in a weepy melodrama, a ridiculous soap or even a dark thriller — and without any sense of consistency, it becomes harder and harder to muster the emotions required to make any of the show’s big reveals pay off.

What Our Kind of People does do rather well is capture the class anxiety of the wealthy, which for the summer residents of Oak Bluffs is further compounded by their experience of Blackness; families like the Duponts and Franklins are all too aware that money can go only so far in insulating them from a racist world. Characters spend great lengths of time fretting about the legacy they’ve inherited from their forebears and the status they’ll pass on to their descendants, and the extreme pressure to keep even a single crack from showing. There’s a sense that the upper crust of Oak Bluffs can never quite relax, which casts a dimension of tragedy on even the meanest among them.

As with almost everything else about Our Kind of People, however, its observations about race and class tend to be buried under the relentlessness of the plot. There’s probably a better drama to be found under all those breathless reveals — one that takes its time digging into its characters, exploring its socioeconomic themes or laying the groundwork for explosive plot twists to come. And given that it’s still early in the season, it’s possible this series could get there yet. But until it does, Our Kind of People is an iffy investment at best.