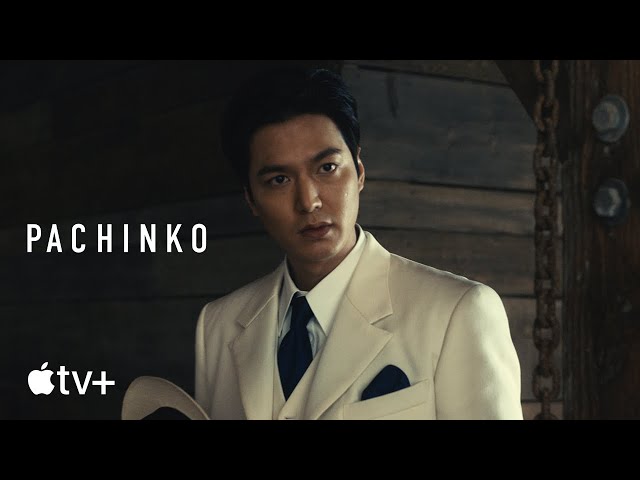 “History has failed us, but no matter.” The first line of the revelatory and critically-acclaimed novel Pachinko, by author Min Jin Lee, is one of literature’s best openings to a story that only just gets more meaningful from there. Bound up in the tragic trajectory of history, it is an acknowledgment of how cruel the world can be while also serving as an expression of how people find a way to endure. It isn’t fair or just, though a slimmer of hope can be found in the courage of those who fight for those they love. The novel is an extension of this, expansive in scope though focused in its emotion as it takes us on a journey through multiple generations of a Korean family as they try to survive for themselves and each other. As we follow them as they are scattered across the globe from Korea to Japan and America, it reveals itself as a rich text that is powerfully confident in its craft while also remarkably delicate in the creation of its characters.

It is therefore a high task to capture the brilliance of such a work in an adaptation. Yet the new eight-episode Apple TV+ series does just that, bringing the characters to life on screen with such a sense of care that it proves itself to be one of the best adaptations of not just this year but of all time. Created by longtime writer Soo Hugh, it reminds us of how adaptation can be an art form in its own right in how she makes the story leap off the page. When paired with directors Kogonada and Justin Chon, who each helm four episodes apiece, the series weaves a tapestry that finds as much art in the quiet intimacy of conversations between its characters as it does in the vastness of the landscapes they inhabit over the many decades.

The story takes place from ​​1910 all the way to 1989, revolving around the character of Sunja and her family. Serving as its center, she is played first at a young age by an excellent Jeon Yu-na who is innocent in her youth though is developing wisdom from frankly observing the world and all its dangers that exist around her. She must grow up fast as her family faces constant repression during the Japanese colonization and occupation of Korea. As she grows into her teenage years, she is played by Kim Min-ha who is similarly incredible in how she captures both the vulnerability and strength of her character with ease. An uninterrupted conversation Sunja has over a meal at the end of the third episode, in particular, is one of the most deceptively mesmerizing moments even as it is one of the most simple.

However, it would be a grave oversight to not give all the flowers to the legendary and multitalented Youn Yuh-jung, who plays the oldest Sunja. In addition to most recently starring in the lovely 2020 film Minari, she also lent her voice acting talents to the best short of this year’s animated series The Boys Presents: Diabolical. In Pachinko, which could not be more different from that most recent project, she portrays a woman who has managed to survive when many around her have not. She carries with her the weight of that past that can be heard in every subtle sound of her voice and felt in every quietly loving gesture she shows to those around her. As the series looks back on her life, she too begins to revisit all that has happened. The result is a story where writer, director, and performer all align to create something truly stunning. There are many other characters that all follow in her footsteps, many of them her children, though it is Sunja who becomes the beating heart at the emotional core of it all.

It should be noted that the series does make substantial changes to the source material. Some of this is initially in tone as there are more moments of joy and humor that mask the impending strife. This isn’t a criticism as it actually makes for a more emotionally devastating descent when we see what has been lost. There also are some darker elements that are lost entirely, especially in Sunja’s time she spends in Japan after circumstances force her to leave Korea. Such alterations are understandable and inevitable based on how detailed the novel itself was, though I do hope people do go back to read it as it is worth experiencing on its own. There is still plenty of tragedy, especially in the final couple episodes, though it is done in a way that is both filled with honesty and empathy for its characters.

What proves to be the most notable difference is how the narrative structure is significantly changed, jumping around in time as opposed to taking a more linear progression. Save for one episode that largely stays focused on one character, this gives the show more of an episodic feel that turns elements midway through the book into climaxes of the show. This does initially take some getting used to as many of the arresting aspects of the story came in information being revealed about how the family would fit into history. However, the way the show flows forward and backward takes on its own pacing that becomes poetic in its construction. Moments in the lives of the characters, otherwise disconnected, seem to rhyme with each other as they are recalled and reflected on with the wisdom of age.

It adds emotional resonance when scenes across time are put in conversation with each other. One scene even melds the sound of singing and rhythmic drumming from the past into the future. It draws a parallel between two seemingly disparate scenes of rebellion in the face of repression and potential annihilation by greed that prove to be all too similar. It is moments like this that create a narrative structure that is akin to a river, occasionally diverging and splitting before coming back together again. It plays out in cycles, echoing themes about love through resilience that transcend each individual setting and era. As it washes over you with the force of time and the loss it brings, it is as devastating as it is moving.

This is seen in an early scene where the camera rises impossibly high into the sky, almost reaching the heavens, before coming back down into a new time following a profound loss. Such a transition is flawlessly executed, conveying visually what would otherwise be the turning of a page to a new chapter in a book. It is able to speak to how expansive the world is while always grounding us in the lives of its characters. It shows us how, even as they may be ordinary in the face of the larger scale of the world, these people have complex and vibrant lives worth zooming back in on. As they struggle to survive in the face of overwhelming odds, the show doesn’t look away from these hardships. Instead, it looks deeper into their lives and uncovers a coursing energy flowing throughout every aspect of their existence.

The opening title sequence with all the characters dancing embodies this perfectly. Most often set to the Grass Roots’ version of “Let’s Live For Today,” it sees multiple generations of the family all joyful as they dance between various pachinko games. More than just a fun opening, though it very much is that as well, it is through this introduction that the show finds catharsis in the freeing act of dance. The way it becomes more melancholy with the pain and loss of each passing episode tempers this joy, though only makes it all the more necessary. It is a fitting reminder of how multifaceted the characters are as they must face both immense suffering and experience profound joy. It is all part of how the show is an act of artistic deconstruction of how seemingly insignificant its characters’ lives may be in the grand scheme of things. It finds beauty in the lives of everyday people just trying to make it to tomorrow. As the characters’ interlocking lives become fully drawn, we are lucky enough to see a complete portrait that is wholly original and endlessly enthralling. Pachinko is a triumph of visual storytelling that goes in its own direction and finds a destination that leaves you absolutely floored in how masterfully it executes its vision.