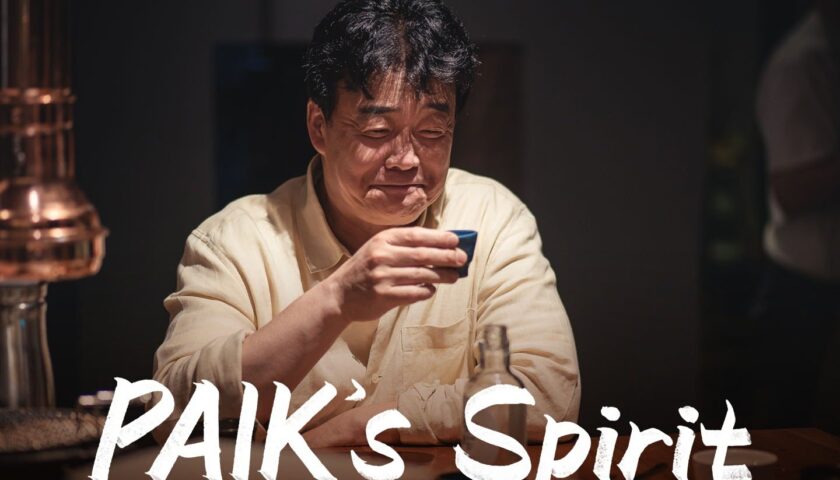 Netflix’s Paik’s Spirit follows a pretty similar structure for all six episodes featuring one of the most famous Korean chefs in the world, Baek Jong Won, in conversation with a whole bunch of well known Korean personalities over mouthwatering Korean cuisines and shared bottles of delish liquor. The first episode starring Korean rappers Jay Park and Loco exchanging stories over some really tasty Samgyeopsal or grilled pork belly and a few bottles of Soju sets the tone for the rest of the series.

The next five episodes of this cultural docuseries feature big names from the Korean acting industry like the beautiful Han Ji-min, Lee Joon-gi with his boyish charm and the gorgeous Kim Hee-ae. TV producer Nah Yung-Suk and volleyball heartthrob Kim Yeon-koung also join Baek Jong Won on his gastronomic journey through the streets of South Korea. There’s something distinctly homely and comforting about the whole idea of making conversation over food and Baek Jong Won sure knows how to keep both the alcohol and conversation flowing.

Almost all the publicity around Paik’s Spirit revolved around the idea of introducing Korean food, drinks and culture on an international platform like Netflix that is easily accessible in most parts of the world. The idea sure sounds great and after the success of Masterchef Australia on Disney Hotstar earlier in the year, there was no going wrong with a show about food.

Netflix probably wanted to do something a little different from the usual reality tv shows and the phenomenal success of Korean pop music has created a huge fan base for anything that’s Korean. From Korean skincare to Korean food joints, fans can’t get enough of K-dramas, Korean artists and the like. Netflix does have great timing and what better time than now for releasing this good-vibes-only series that leaves you feeling happy and a little hungry.

What I really liked about Paik’s Spirit is how casual the whole setting is. It doesn’t for a moment feels scripted which is a huge deal-breaker for reality tv. I mean the whole reason I stopped keeping up with the Kardashians and Jenners is because it began to feel a little more scripted with every season. Every person on the show is so humble and likeable, so much so that you begin to relate with them as conversations begin flowing in every episode.

My favourite moments? Every time food was served basically! I might not be a fan of K-dramas but Korean food has a special place in my heart. I think the dishes manage to steal the spotlight most of the time but the thing that really stands out is how easily these stars explore local eateries. When a show on a platform like Netflix highlights local businesses from one corner of the world, it really goes a long way.

Do you love gorging on grilled pork bellies, some fried chicken accompanied by a few glasses of Somaek, a yummy mix of beer and soju? If you do then this show is a must-watch for you! The next time you will be out exploring Korean cuisine, you will know what to order without wasting time on research because Paik’s Spirit gives you a detailed insight into Korean food and beverage and leaves you wanting more.

Paik’s Spirit is streaming on Netflix.