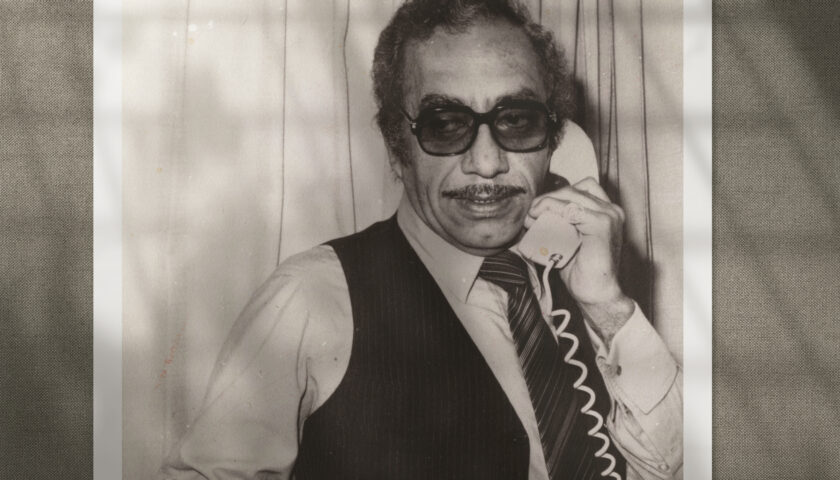 When he was killed outside his office on Wednesday, May 30th, 1984, veteran Mexican journalist Manuel Buendia had already made a career out of questioning the status quo, naming those who would expect to remain unnamed, and printing the details of their dirty work. A Mexico City-based journalist since the late 1950s, Buendia’s progressive awakening emerged with his crime reporting for the newspaper La Prensa that typically came with a venomous political edge, and by the late 1970s and early ‘80s, his column Red Privada (“Private Network”) was a must-read. The brazen murder, a well-known journalist shot four times on a busy street during rush hour, shocked the friends and colleagues interviewed for Who Killed Manuel Buendia?, since the act begged the question. “If they can kill him, what will they do to us?”

Thus, Private Network falls into two rough halves. In its first half, the cultural, journalistic, and political climate of mid-20th century Mexico is detailed, with its government-regulated newsprint supply and the birth of the Federal Security Directorate (FSD), the national intelligence agency with its eyes on domestic threats. Buendia, already a firebrand, regularly probed the activities of government figures and right-wing groups, and steadily built his archive of press clippings and other information that friends say grew to over 4,000 files. With Buendia’s 1985 murder, Private Network begins to sift the theories about who pulled the trigger, and why. Buendia would always say risks were part of the job, and he’d definitely offended enough powerful figures over the years. But as the investigation drags on, both the official and unofficial inquiries finger an FSD power broker and Buendia associate named Jose Antonio Zorrilla Perez, and he eventually takes the fall.

Case closed? Hardly. And it quickly becomes clear how a documentary made over 30 years after his death still has questions to ask. In his last columns, Manuel Buendia was highlighting the connections between ongoing CIA operations in Mexico, gun trafficking, and the Cold War-adjacent violence in Nicaragua. “We supposed that they would cover up the real motive,” one journalist says of her colleague’s murder. “But we didn’t imagine that we were on the cusp of a story that would engulf us. It was the emergence of the cartels.”

Private Network: Who Killed Manuel Buendia spins an enthralling true crime saga out of the prominent Mexican journalist’s 1985 slaying, building its list of suspects from the immediate — Zorrilla, the Buendia confidante and powerful FSD honcho; or a former national policeman who says the government pressured him into admitting he was the triggerman — all the way into the halls of Mexican power and the levers of geo-politics, taking aim at Mexican president Miguel de la Madrid and supporting Buendia’s reporting on the CIA and 1980’s dirty wars with some tellingly dense word salad in a television address by President Ronald Reagan himself. In Private Network, what begins as an interesting summation of conservatism in mid-20th century Mexican society, the bold character of one influential writer, and the audacity of progessive journalism becomes a story with much longer fingers, reaching into Tom Clancy territory and the spider webbing plot of John Milius’s 1994 screenplay for the crackling Harrison Ford action-thriller Clear and Present Danger.

The character of Manuel Buendia himself emerges in Private Network, of course, particularly through the fond recollections of his friends and peers, who describe a man with a wicked sense of humor and a handgun in his belt, whose fiendish mind for connectivity fueled his powerful journalistic senses. But Buendia himself often has the last word here. He sagely remarked to his friends that if he was killed, it’d mean he had it coming. And in a wealth of archival recordings presented in the documentary, he muses over the relationship of the Fourth Estate to authority. “Look, journalism is definitely a form of power,” Buendia says. “It’s real. You exercise power through the press. We have influence over society. We have authority. Like many others before me, I ask myself, ‘Who the hell gave us that power?’ ‘Did we take it by force?’ ‘Did we inherit it?’” These are just some of the questions Manuel Buendia’s slaying prevented him from ever fully answering.