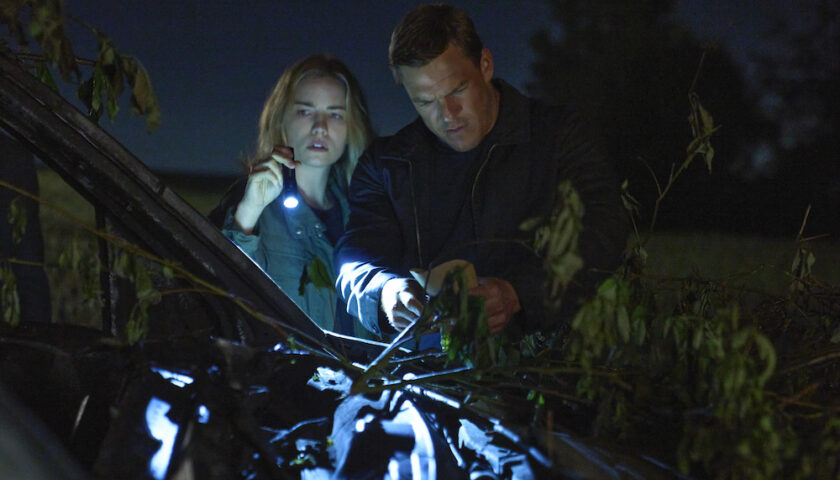 I didn’t loathe the movies but I guess as only a reader of a couple of the novels I was probably not as invested as others. The casting of Cruise was, as others say, ridiculous for obvious height differences. Being tall was probably the ONLY detail that Childs reiterates about Reacher and Hollywood threw it out the window.

Amazon to the rescue? Maybe. This Reacher casting is possibly a bit too much in the other direction though. Too beefy. I believed Reacher to be ‘knawly’, rugged and deceptively strong. Not straight out of a LA gym and whom most would never dream of picking a fight with.

However, after shaking that off, I settled down and found Ritchson to be rather likeable and watchable and, very much to the credit of the writers, it proved that less can be so much more when it comes to dialogue. I did, on more than one occasion found myself laughing which is always entertaining. We can all agree, there was, indeed, a lot of cattle feed. 🙂

I liked the two other supporting roles a lot. Again, no need to try to over complicate the relationships between them when Reacher is a man of few words. That would be too difficult to do on screen, so don’t bother and judge that fact fairly. I think some expected complicated and intimate dialogue between the 3 like other Crime Dramas. Nope. That should not happen and would break character.

I binged happily over two days. The best thing about it, no need to skip a recap every episode and short credits! Amazon know most people will binge this!

I very much look forward to Season 2. Don’t can it Amazon. I still haven’t forgiven you for Swamp thing.