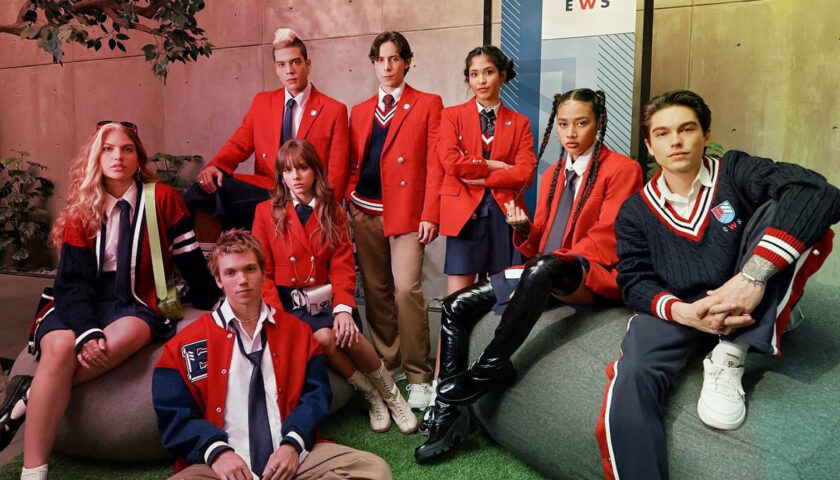 This is a Mexican high school teen drama series that was released on Netflix. Rebelde is a remake version of the Rebelde series. Netflix has remade the Rebelde series three times. Series rating is 18 plus due to some bold scenes.

A total of 8 episodes are available, each episode is around 35-50m and this series is also available in Hindi language.

The story, characters, and relationship dynamics of this show are quite typical or even dialogs. For younger audiences who have not explored teen drama much, then this series will entertain you a lot, but for pro audiences who have already enjoyed such high school teen drama, then you can easily skip the show.

The story of the drama focuses on some friends who belong to different backgrounds. I mean some poor or some rich but everyone’s goal is to learn music because they all come together, there is friendship, there is conflict, there is love and in the end, they all become successful in creating a band.

If I review the Rebelde series in one line then its concept is old fashioned but as I said earlier if you are new in teen drama means you have just started watching teen drama then no doubts you will be entertained by the story of drama.

There are many characters in the series, and according to me all the characters are interesting to watch in reality the main game of the show starts after episode 4.

I mean the second half portion audience will like more. The concept of the series is based on music but I have not been able to attract much from most the music, songs, or bgm.

Overall teenage drama, suspense, mystery, or musical-based concepts presented in the show. If you want to experience such a series then watch the Rebelde once.

I really enjoyed the series part-wise a lot and I am also very entertained so guys this was my review on the Rebelde series.

I hope you liked it if you have seen the Rebelde series then publish your thoughts in the comment box. You can also follow our blog to read reviews of such movies and series.