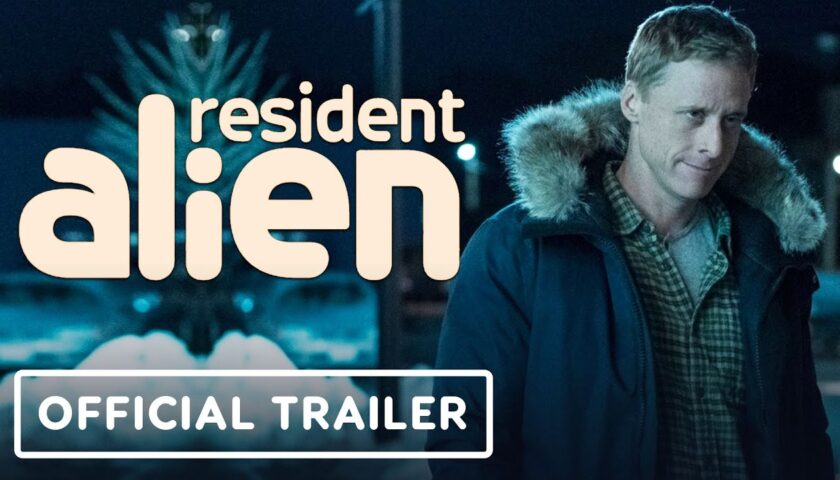 Only one episode has aired so far, so naturally no one can produce a fully accurate review, but if episode #1 is any solid representation of how the rest of the season, and series, will go, then I’d say this show has the potential to hit it big.

Much like shows such as “The Office”, “Curb Your Enthusiasm”, and “Parks and Rec”, we’ve got a socially-awkward character in a small town trying to get by without too much human interaction, who often creates a cringe-like atmosphere wherever he goes. But the twist here is, he’s an alien from space.

Without humanity ever fully experiencing an other-worldly encounter, it’s all speculation on how such a creature would act when attempting to adapt to the human environment, even with camouflage abilities. Many shows and movies have attempted this, few have been truly “successful”, despite how subjective that term is. “Resident Alien” can now be added to that list.

It brings a crisp new humor to television, with witty lines and creative situations. Personally, while I haven’t seen a lot from Alan Tudyk (he was amazing in “Tucker & Dale vs. Evil”), I honestly was expecting this to be a bit of a flop, but he delivers in this show, so well in fact that this will most certainly give his career a massive boost. Think if one of the good aliens from “Galaxy Quest” tried to pass off as “human” on Earth, and had a lot of the personality and intelligence of Sheldon from “The Big Bang Theory”. That would be Harry.

Some aspects of the show are displaying early signs of cliche and redundancy. The supporting female character is rather two-dimensional, the plot is already a bit predictable, and yes, we’re all aware of the thousands of shows portraying aliens attempting to pass off as human, and/or live amongst humans. Where this show shines so far, are in the details, and the main character. The mystery presented to the audience was even creative and engaging.

So far so good! I can’t wait to see what goofy thing Harry tries to do next.

EDIT: Now a few episodes in, and while a few jokes are forced and fall flat, overall it holds its own. There are some good twists, fresh jokes, interesting plot developments, but also some major plot holes. Still, it’s quite enjoyable and good for several authentic laughs. And you gotta give some credit to the amazing makeup and prosthetics applied to Alan Tudyk.

Further edit: What’s up with all these one-line reviews? Fake reviews, no effort, yes it’s a great show but c’mon people, put forth a LITTLE effort, this show deserves it.