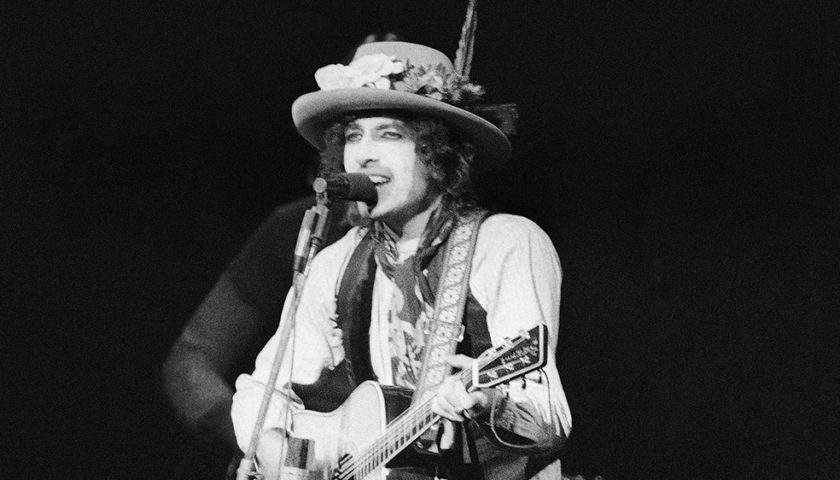 Review: Bob Dylan’s Rolling Thunder Revue tour of 1975-76 is a paradox in the well-stuffed annals of his concert career: It is at once his best-documented and most elusive trek.

The legendary aura that surrounds the Revue is being burnished anew by two retrospectives focusing on the more celebrated ’75 leg of the tour: Columbia Legacy’s bulging 14-disc boxed set of live performances and rehearsals, out this week, and Martin Scorsese’s feature documentary, airing on Netflix beginning June 11. (The film will be considered by Variety at a later date.)

The voluminous back story and history of Rolling Thunder must necessarily be recounted here, since what the tour was, and was not, plays into one’s ultimate appreciation of, or disappointment with, the present archive-scouring box.

In the wake of his wildly successful 1974 return to live performing with his former backup musicians the Band, now stars in their own right, Dylan was hovering in Greenwich Village, casting around for something to do. He hung out his shingle at the Village club the Other End, and slowly gathered the members of a new band around him.
Some of those players — notably violinist Scarlet Rivera, whom Dylan had literally plucked from the street, and the hard-hitting rhythm section of bassist Rob Stoner and drummer Howard Wyeth — worked on sessions for a new album recorded in July 1975. Dylan had penned nine new songs, seven of them in collaboration with Jacques Levy, the theatrical director and songwriter best known for his scandalous hit “Oh! Calcutta!” and “Chestnut Mare,” penned for the Byrds.

Over the summer months, the idea for a tour that would unveil the new material (ultimately issued on the No. 1 album “Desire” in January 1976) began to coalesce. Dylan, who was worn out by the massive logistics of the ’74 arena tour, envisioned a different kind of show, an intimate, carnival-styled extravaganza that would showcase his friends’ music as well as his own. He himself would serve as the show’s intense focal point, masked in clown white and wearing a flower-bedecked wide-brimmed hat.

All this glitter would be witnessed by very few. When the Rolling Thunder Revue kicked off in October 1975, it was a guerilla-styled incursion that appeared solely in small venues in New England and Canada, on short notice with hit-and-run ticketing. A Dec. 8 date at Madison Square Garden benefiting jailed boxer Rubin “Hurricane” Carter was the lone show among 31 dates that played a large U.S. venue.
Fortunately for posterity, Dylan was documenting the Revue for a feature film that would incorporate concert footage and dramatic improvisations; a professional crew shot many of the shows for the neophyte director, and five were recorded in stereo.

Strangely, hardly any of this mountain of material was seen or heard contemporaneously. At the time, none of the ’75 performances was issued officially; Columbia instead opted to release a 1976 live recording, “Hard Rain,” drawn from a gloomy Colorado gig filmed for a TV special that featured none of the major Revue stars of ’75 save the loyal Baez. Some stellar concert footage was liberally sprinkled through Dylan’s dire four-hour film “Renaldo & Clara,” but the movie almost instantly disappeared into the vaults, seemingly for good, after its catastrophic theatrical opening in 1978.

Columbia Legacy finally rectified the situation in 2002 with the release of a Rolling Thunder Revue compilation as the third installment in its “Bootleg Series” of archival Dylan packages. A producers’ note in the current box states, with refreshing honesty, “That album collected what we thought were the best performances that were professionally recorded during 1975. So if you’re looking for a concise representation of that period, [it] would certainly fill the bill.”

So what does the consumer get in the jumbo 2019 collection? The guts of the Revue box are the 10 discs featuring every Dylan performance from five shows on the ’75 leg: Worcester, Cambridge and Boston, MA (with afternoon and evening concerts in the latter town) and Montreal. The big lure for the cognoscenti is three discs of hitherto unheard rehearsal performances captured in New York and Falmouth, MA, and a single CD of “rare performances” — largely audience recordings and one-off performances caught at off-road venues as the tour progressed.

Listening to the concert material is an experience not unlike auditioning the exhaustive 36-disc 2016 set of Dylan’s shows on his tumultuous 1966 world tour. Like those concerts, the ’75 Revue gigs — heard here for the first time officially in concert order — featured a fairly immutable set list every night, with only Dylan’s brief solo slots and the occasional unusual Dylan-Baez duet altering the unchanging two-act format. It is probably advisable to listen to the individual shows one at a time, and allow for some breathing room.
What’s there is pretty spectacular. Dylan’s Revue crew was the biggest group he ever performed with, and certainly it was the loudest and hottest, with as many as five guitars being flexed simultaneously. Ronson’s heavily phased playing stands out. Especially dazzling is the mercurial work of the then-unknown Rivera, the best instinctive hire in the history of Dylan’s bandleading career.

Almost invariably, the best performances come on the two songs that climaxed the full-band performances in the night’s first act: the Marty Robbins homage “Romance in Durango,” an outlaw ballad dedicated on more than one occasion to Sam Peckinpah, director of Dylan’s maiden acting role in “Pat Garrett and Billy the Kid,” and the wildly careening, gnomic quest narrative “Isis,” on which the band teeters on the edge of losing control, night after night.
The full-band work post-intermission is less engrossing, and especially taxing during eight logy and inevitable minutes of “Hurricane,” Dylan’s agitprop rocker about the imprisoned former middleweight contender Carter, and “Sara,” Dylan’s almost embarrassingly mawkish paean/plea to his then-estranged (and soon-divorced) wife. Both songs disappeared from Dylan’s live repertoire with the ’76 conclusion of the tour, never to return.

Flying solo, Dylan offered a few surprises. As he often did on stage, he toggles between the first and third person in the reimagined “Tangled Up in Blue,” and pulls “Simple Twist of Fate,” “Mr. Tambourine Man,” “I Don’t Believe You,” “It’s All Over Now, Baby Blue” and “Love Minus Zero/No Limit” out of his deep song bag. One wishes his duet segments with Baez, as ever a wondrous stage partner, had been more ambitious: The previously anthologized “The Water is Wide” and newly exhumed versions of Johnny Ace’s “Never Let Me Go” and the traditional “Wild Mountain Thyme” are among the box’s truest gems.

The biggest problem with the set is the fact that we get a great deal of thunder, but very little revue.
As the notes by writer-musician Wesley Stace (a/k/a John Wesley Harding) rightly point out, “What is clear is that the Rolling Thunder Revue was about much more than the 20 songs played by Dylan.” Yet the only numbers we hear that reflect the ensemble structure of a Revue show are the duets with Baez, McGuinn’s one-verse appearance on “Knockin’ On Heaven’s Door” and the all-hands-on-deck nightly finale of “This Land is Your Land,” with verses by Mitchell, McGuinn, Elliott and Neuwirth.

It’s hard to say if the decision to exclude the other stars’ featured performances from the box is a function of clearance issues or an aesthetic or commercial decision, but it will no doubt frustrate those who have been longing for an official release of that material for decades.

The inclusion of the rehearsal material may take a bit of the sting out of things for some. The rundowns of material that would be performed onstage aren’t always engrossing, but give some insight into Dylan’s ever-evolving notions about arrangements. A couple of solo rarities leap right off these discs: “Patty’s Gone to Laredo,” a never-completed original number heard briefly in “Renaldo & Clara,” and the stunning “Easy and Slow,” a cover of an Irish folk song that had been recorded by Dylan’s ’60 Village contemporaries the Clancy Brothers.

Bonus discs can sometimes be a wash (cf. the “Basement Tapes” box), but disc 14 of the “Rolling Thunder” set, as rough-sounding as much of it is, is where some gold is unearthed, and where it hews closest to the spirit and content of Scorsese’s forthcoming film. There one encounters a stomping “Simple Twist of Fate” improbably performed to a roomful of elderly players at a Massachusetts mahjongg tournament; a poignant rendering of Peter LaFarge’s “The Ballad of Ira Hayes” at a Tuscarora Reservation powwow; and an impromptu stab at Smokey Robinson’s “The Tracks of My Tears” in a Montreal hotel.
Here one finally touches on what made the Rolling Thunder Revue such a unique chapter in Bob Dylan’s career, and what is often missing elsewhere in the boxed set: eccentricity, spontaneity and an excitement about something exciting that might happen next.