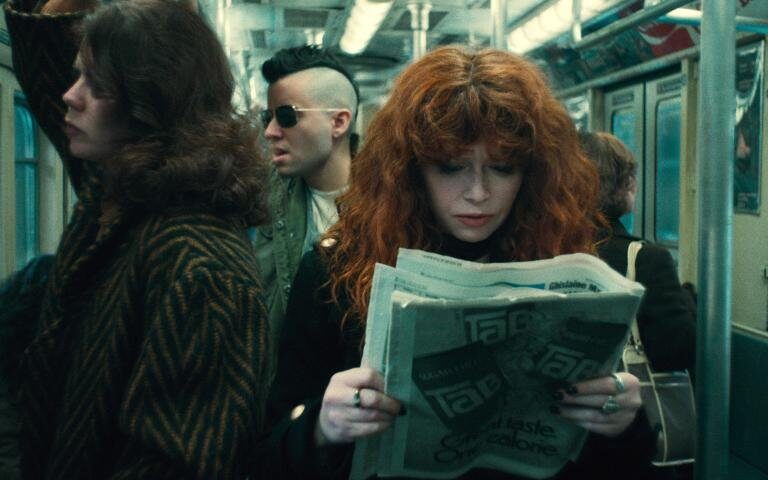 In its first incarnation, “Russian Doll” felt as close to complete as any TV show ever gets. With those first eight episodes, delving deep into the minds of jaded New Yorkers Nadia (Natasha Lyonne) and Alan (Charlie Barnett) and back out again, creators Lyonne, Amy Poehler, and Leslye Headland had achieved something truly heady, unnerving, and spectacular. It’s rare for a show half as ambitious, or willing to throw itself at the wall over and over again to see if it sticks, to find a way to satisfactorily wrap itself up. But this one did, in a finale as unforgettable as it was triumphant. And yet three years later, here comes a Season 2 for a show that once felt as perfectly contained a miracle as TV ever gets. Why should the show go back and mess with a story that already felt so complete?

That very question, as it turns out, lies at the heart of the improbable second season of “Russian Doll,” premiering April 20. It’s hard to talk about it without revealing even a hint of the spoilers that Netflix has deemed verboten, but for Nadia and Alan, I’ll do my best.

After the first season depicted a brutal kind of limbo in which Nadia and Alan can’t stop dying and coming back to life on her 36th birthday, the second opens a few weeks shy of her 40th. Materially, not much seems to have changed: Nadia is still chain-smoking her way around the East Village; Maxine (Greta Lee) is still elevating the art of daytime eye makeup; Alan is still adhering to a strict schedule, albeit this time with a steady stream of blind dates. Even Horse (Brendon Sexton III), the Tompkins Square resident who once haunted Nadia’s many deaths, continues to linger around the periphery of her life. But Nadia’s godmother Ruth (Elizabeth Ashley) is also on the decline — and as much as Nadia tries to pretend otherwise, time is running out.

It doesn’t take long for the season’s extremely trippy arc to reveal itself. This time, all it takes is one fateful subway train to make Nadia and Alan take wild, unexpected journeys into their own pasts. (Think “Quantum Leap,” if “Quantum Leap” were about intergenerational trauma.) With only 7 episodes to explore it all versus last season’s 8, Alan’s arc unfortunately gets shorter shrift than Nadia’s. Happily for Barnett, whose tender performance remains one of “Russian Doll”’s strongest assets, Alan nevertheless ends up at the crux of the season, right when the show and Nadia need him most.

The lion’s share of the season sees Nadia learning what life was truly like for her mentally ill mother (Chloë Sevigny), Holocaust survivor grandmother (Irén Borán) and another character played by Annie Murphy whom I can’t describe at all until the show actually drops. Lyonne, even more in control of her onscreen avatar than she was in Season 1, is still completely magnetic as Nadia careens around in search of answers about her family (which is, of course, based on Lyonne’s own). And crucially, as directed by Lyonne and Alex Buono, Nadia’s second time falling down the rabbit hole takes on a completely different complexion than the first, even as the two inevitably intersect.

Without revealing the “how” of this season’s particular conceit, I’ll at least say that the “why” remains a scientific mystery, for which I am truly grateful. Maybe other “Russian Doll” fans would want to know what keeps making Nadia and Alan the unlikely nexuses of where time and space collide, but to borrow the words of Iris DeMent and “The Leftovers,” I’d much rather let the mystery be and give myself over to the ride. As Nadia herself says once she realizes she’s back in some gnarly glitch in time and decides to toast to it, rather than fight it: “When the universe fucks with you, let it.”

By the season’s end, it wouldn’t be accurate to say that this go around the time and space continuum is quite as focused as the first, nor that its ending is quite as viscerally rewarding — but that, it seems, is more deliberate than not. Nadia’s unraveling of her family’s history ends up echoing the way “Russian Doll” ends up ripping out its own stitches: chaotically, hungrily, curiously. In tracing her family’s lineage and trauma through the years, Nadia and the show both allow themselves to get messier than either might’ve thought possible after Season 1’s conclusion. And if the show was determined to go back to where it all began, it could’ve done a lot worse than making the messiness of revisiting established truths the entire point.