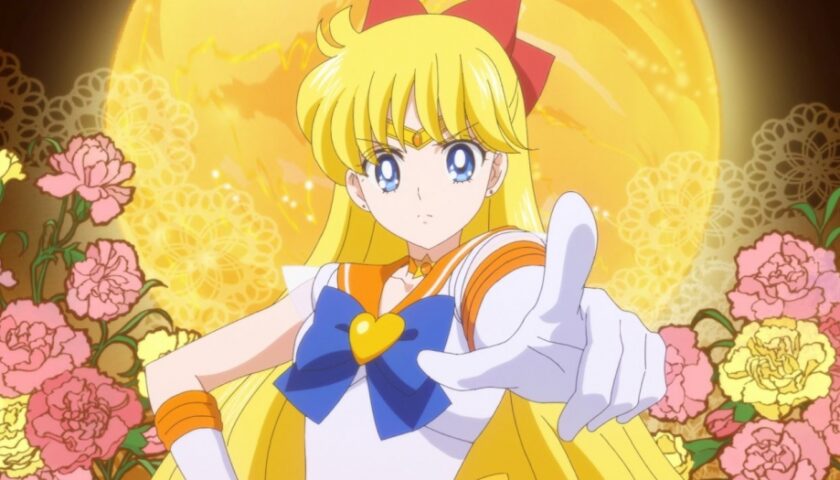 Sailor Moon was my gateway anime like the magical girl series was for many millennials. And, over the past few years, we’ve seen the series meet new audiences with new editions of manga from Kodansha and Sailor Moon Crystal retelling the story we all know and love, but minus the filler. To put it simply, magical girls everywhere have been thriving. So, when Netflix announced it would be releasing Pretty Guardian Sailor Moon Eternal The Movie (Sailor Moon Eternal The Movie) Parts 1 & 2 globally as an Original, I was both shocked it wouldn’t be housed on Funimation’s platform and excited for a whole new audience to be introduced to a character who made me the weeb I am today.

If you’re unfamiliar with the film, Sailor Moon Eternal is based on the Dream arc of the Sailor Moon manga by Naoko Takeuchi, that serves as a direct continuation and a “fourth season” for the Sailor Moon Crystal—which is currently available in its entirety on Hulu in both Japanese and English. The film is directed by Chiaki Kon, written by Kazuyuki Fudeyasu, and chief supervised by the iconic mangaka herself, Naoko Takeuchi, with animation production coming from both Toei Animation and Studio Deen. But to really set the scope of this film, you need to understand that while Sailor Moon is one of the most recognizable franchises of all time and the gateway for many in the United States, Sailor Moon Eternal is the first film in the franchise to release in 26 years.

In Sailor Moon Eternal Part 1, Tokyo is in a festive mood as it celebrates the largest Total Solar Eclipse of the century, and Mamoru and Usagi are off to see Chibi-Usa back to her timeline. But, as the new moon obscures the sun and gradually dims its light, Usagi and Chibi-Usa encounter Pegasus, who is searching for the chosen Maiden who can break the seal of the Golden Crystal and save the world. Meanwhile, in typical Sailor Moon fashion, a mysterious and fashionable troupe called the Dead Moon Circus has appeared in town with a nefarious plan to scatter the nightmare incarnations known as Lemures throughout the world. By doing this, they intend to seize the ‘Legendary Silver Crystal’ protected by Sailor Moon and the Sailor Guardians. With the plan to rule over the moon and the earth and eventually dominate the entire universe, the Guardians have their work cut out for them as their dreams are used against them, twisted into nightmares, and they are pushed to discover their true selves.

Part 1 is phenomenal from start to finish. It hits every iconic element that the Dead Moon Circus arc is known for, and the animation is stunning. But most importantly, the way that each Sailor Guardian is represented is exactly why Sailor Moon is so important. Each of the girls is confronted with what they say they want, their fears, and learning that they can push past the expectation that the world sets on them and do what drives them. As a young girl watching Sailor Moon, understanding that my identity didn’t need to fit a gender stereotype of femininity was important. In Sailor Moon Eternal, that point is driven home as we watch the girls, Ami, Rei, Makoto, and Mina, learn more about who they are.

As we shift into Part 2, we get to see the Outer Sailor Guardians, including an opening that puts Haruka and Michiru’s relationship front and center in the best way. The first half of Sailor Moon Eternal Part 2  is about connecting the Outer Sailor Guardians with the rest of the group. Now, it is important to point out that while Sailor Moon Eternal will end up being the gateway for more moonies, those who haven’t watched Sailor Moon Crystal or read the manga may end up a little lost. This is mainly because Part 2, which picks up after Season 3 of the anime series after Hotaru —Sailor Saturn— sacrificed herself to save the world. But, Hotaru was reincarnated as a baby, and the Outer Sailor Guardians decided to leave the group and raise her in peace, outside of the city.

Once we’re past the first act of Part 2, the story pushes forward quickly. It delivers on moments of romance, style, lessons, and ultimate drives home what made Sailor Moon iconic in the first place. But diving in here is venturing too far into spoiler territory. That said, Sailor Moon Eternal is an event and one I wish I could have watched as a double feature in a movie theater. For fans of the franchise, it’s a return to a story we’ve known and loved with small, varied elements. It’s clear that mangaka Takeuchi guided the decisions in this adaptation, making sure it fits the runtime while also making sure the thematic elements of the Dead Moon Circus arc shine through, even if the last act of Part 2 feels too accelerated to appreciate.

But like issues the Sailor Moon Crystal encountered, Sailor Moon Eternal is bound to find its critics among those who remember the old episodes, and that isn’t without its due. The Amazon Trio and the Quartet that controls them appear quickly, and while they visually fit what they did in the first animations, the way they execute their master plan lacks the emotion that came with the reveals. Additionally, because the entire arc is distilled down into two 90-minute segments—instead of a full season of television—there are larger character-building moments for the villains that get left out. While I understand condensing the arc, it’s hard to get past my anime memories of the Amazon Trio and their larger impacts on the girls and the other way around. Of course, though, if you’ve only seen Sailor Moon Crystal, I don’t see this being an issue with your enjoyment of Sailor Moon Eternal. But for those of us who remember Season 4 of the original anime series, it’s a little hard not to miss what we had before.

Overall, what is lost in the film can be mourned, but we’re in a new time with a new adaptation, and as such, I can’t dock Sailor Moon Eternal too much for my own connection with the property. That said, the animation itself is beautiful, and when compared to the current anime storyline, it works. The Amazon Trio are still their gorgeous bi-shounen selves, and the Sailor Guardians are all stellar, as is the message they bring with them. The truth is, Sailor Moon Eternal hits the iconic notes but still feels too short. That said, it’ll give rise to new moonies and bring existing ones together.