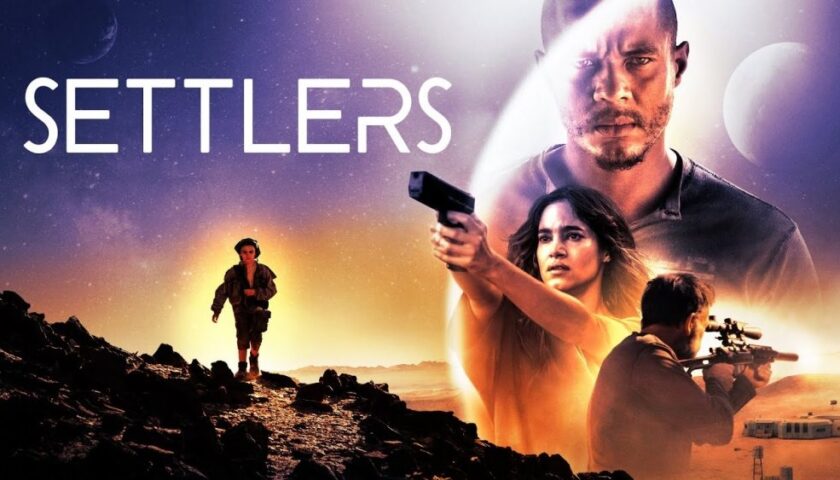 It goes to show you how uneducated some of these reviewers are. For starters, the near-perfect cinematography and incredibly fitting eerie score (a very rare find in low budget B-grade films), merits this film nothing less than a 4/10, even to the discerning critic. So to all the 1’s, learn to count up to 10 and try and use the numbers in between smh.

This film was 100% NOT your typical big budget Hollywood blockbuster sci-fi. It’s an Art House film.

Allow me to educate y’all: An Art House film is typically an independent low-budget film, aimed at a niche market rather than a mass market audience. It is intended to be a serious, artistic work, rather than a piece of popular entertainment, often experimental and not designed for mass appeal, made primarily for aesthetic reasons rather than commercial profit, and contains unconventional or highly symbolic content. This film was entirely just that.

This is newb writer and director Wyatt Rockefeller’s first full length feature film, with only two previous short films. When an inexperienced filmmaker presents such a fine Art House piece, anything below a 5/10 is an insult. Aside from the near perfect cinematography and spot-on score, Rockefeller’s directing – even towards his cast, was outstanding. Imo, he’s put to shame some seasoned filmmaker’s recent films I’ve seen (e.g. Soderbergh’s star-studded No Sudden Move). So mad props and respect to Rockefeller for putting this little gem together so brilliantly. The casting and performances were great, especially little Brooklynn Prince, but I felt Sofia Boutella’s character could’ve been better cast. S. Africa’s Namaqualand desert was realistically Mars-like, and you can tell a lot of thought went into the set pieces. Simple yet very effective. Even Steve was awesome.

I’m not a fan of long dragged out films, and you can tell Rockefeller was inexperienced in a full length feature screenplay, when he’s only put together two prior shorts, so this one certainly felt long and dragged out, and needed some serious trim-down editing. Its 103 min runtime was a lot of filler for the little substance his overall story had – although as far as filler goes, he used it up very well, as not once did I glance to see how long I’ve been watching this film.

For me it was non-stop tension, suspense and anxiety – start to finish. Had the score been your typical B-grade film – loud, overbearing, constant and unfitting, I probably would’ve given this film a 4 or 5 and maybe even turned it off 20 mins in. But Rockefeller’s decision for an exceptional score – that really set and maintained the tone of the film perfectly, and the great cinematography, added to the excellent location and set pieces, made Settlers the epitome of a great Art House film. It was very sleek, atmospheric, well-designed, and a mood piece that will resonate with you long after the film is over. I don’t want to get into any spoilers, but the messages in this film were excellent; no matter how far you travel (Mars), your humanity and the base corners of human nature will travel with you. Some reviewers slammed the ending… huh? That ending was perfection, and leaves the door open for a Part 2, which I hope Rockefeller creates.

This little gem may not be for everyone, but nevertheless, it is still well deserving of my 8/10. I hope we see a Part 2, and/or more films like this one from Rockefeller. Bravo, sir.