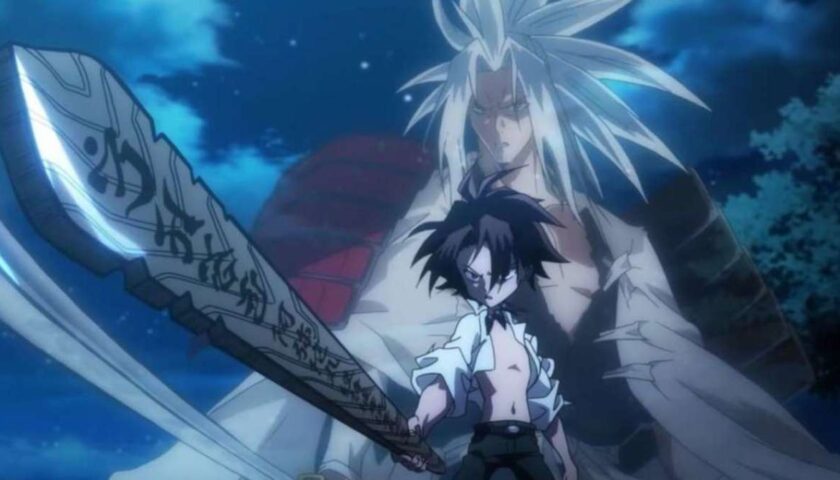 Since it was first published in the late 1990s, Hiroyuki Takei’s 35-edition supernatural adventure manga “Shaman King” has continually captured viewers’ imaginations with its epic tales of shamans, spirits, and how they all exist within a mythical fantasy world.

The show was the inspiration for an anime series of the name, which originally premiered in 2001, and was later introduced to American viewers on the Cartoon Network and Fox Kids. The series ran for more than 60 episodes, cementing the source material in audiences’ minds. However, creator Seiji Mizushima later revealed that the latter half wasn’t his creative vision but was mandated by the original manga publisher.

Now audiences have the opportunity to enjoy a brand-new take on “Shaman King,” because a rebooted series has arrived in 2021 and offers a whole new perspective on a familiar, fantastical tale. While it has only aired in Japan thus far, American viewers will get a chance to watch it when it hits Netflix this August. Here’s everything to know about the series.

The first season of “Shaman King” will arrive on Netflix on Monday, August 9 according to What’s On Netflix. The anime series began airing on the Japanese network TV Tokyo in April 2021 and will wrap up later this year. The 11-episode first season will arrive in the United States in August, with future installments likely to debut on the streaming service further down the line.

There are currently 52 episodes planned for the series as a whole, each of which is projected to be split into four volumes. It’s a slightly shorter series than the original anime adaptation of “Shaman King,” which ran for 64 episodes from 2001 until late 2002. This reboot is expected to wrap up in Japan later this year.

he original Japanese-language version of the show will definitely be available on Netflix with subtitles, and that version of the supernatural adventure anime will also feature the original Japanese voice cast. What’s On Netflix reports that these lead actors include Yoko Hikasa as Yoh Asakura, Megumi Hayashibara as Anna Kyoyama, Romi Paku as Ren Tao, Inuko Inuyama as Manta Oyamada, Masahiko Tanaka as Ryunosuke Umemiya, Katsuyuki Konishi as Amidamaru, and Kousuke Takaguchi as Bason.

And since anime has become an incredibly popular genre among viewers of all languages, most anime series on Netflix feature English-language dub options for viewers. So, it’s very likely an English dub of “Shaman King” will also be available to stream when the show hits the streaming service. However, no cast members for a specific English-dub version of the series have been announced quite yet. We’ll have to wait for more information on that.

“Shaman King” centers on Yoh Asakura, the twin brother of a reincarnated ancient shaman who sets out to win an intense tournament and become the next Shaman King — a title awarded to people who are incredibly strong and skilled at dealing with the spirits that roam the Earth.

Along the way, he comes across a seemingly ordinary middle school student named Manta Oyamada, who discovers he has the ability to see spirits while fending off attackers one day. At the same time, Manta summons an ancient samurai warrior named Amidamarau. The trio set out together in an attempt to win against other aspiring Shaman King contenders, introducing a whole host of shamans, spirits, allies, and adversaries for Yoh to go up against as the series progresses. One of them is his brother Tao, who seeks to wipe out humanity.

Hopefully, this updated reboot will introduce the action-packed, fantastical world of “Shaman King” to a whole new generation of dedicated fans.