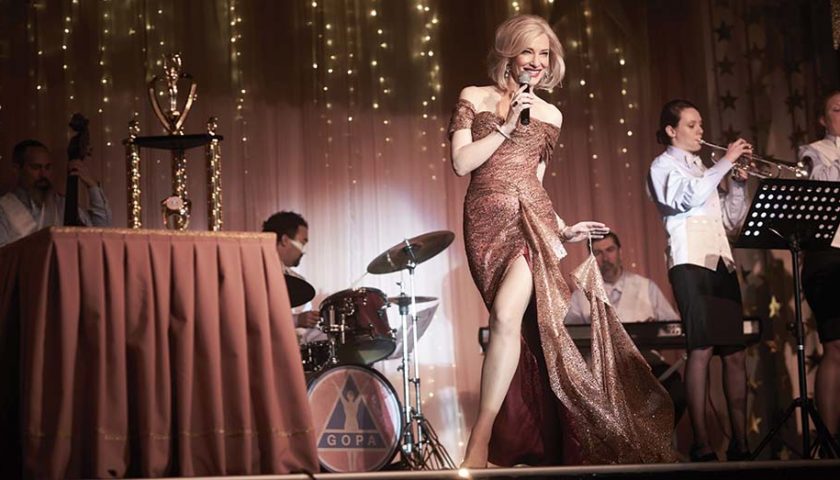 One of the high-profile TV series bowing at the Berlin Film Festival, and whose global rights were recently acquired by Netflix, Australia’s Stateless comes up with an original twist to dramatize the desperation of illegal immigration.

The two hours screened for audiences in the Berlinale Series sidebar appeared to be an edited sampler of several episodes (2 and 6 were advertised in the program, but since only director Emma Freeman was credited, what we saw might have been taken from the first three episodes) with a bit of narrative missing and some resultant confusion. But the two main intertwining stories — an Afghan family fleeing the Taliban and a German flight attendant on the run from her personal demons — make an impression as they highlight the contrast between first- and third-world citizens who decide to change countries.

The appealing cast features Cate Blanchett, who is one of the series’ creators along with writer Elise McCredie and Tony Ayres. An ambassador for the UN High Commissioner for Refugees, Blanchett plays a fishy dance school guru, with Yvonne Strahovski as a vulnerable young German woman who is drawn into her circle. As the desperate Afghan paterfamilias Ameer, Australian stage and screen actor Fayssal Bazzi (Down Under) finds the junction between a remote foreign culture and access to Western audiences; action star Jai Courtney plays a new detention center guard; and popular Aussie TV actress Asher Keddie puts a human face (at least in the episodes shown) on a bureaucrat who has to defend the government’s policy of turning away ships full of immigrants.

As topical as immigration is at the moment, the first difficulty for the series was coming up with a new angle on a subject done-to-death in Europe and just about everywhere else. The writers bold solution was to introduce the figure of German flight attendant Sophie, who has nothing to do with immigration at all, until she accidentally finds herself roped into life on a remote compound in Australia as a person without a passport. Strahovski (The Handmaid’s Tale) creates an engrossing pop-up character for whom one willingly suspends disbelief.

Sophie is not a very positive character: Ignored as a child in favor of her older sister, she is a manipulative, insecure soul teetering on the edge of a breakdown when she meets Pat and Gordon Masters (Blanchett and Dominic West), who run a cultish feel-better dance therapy studio to the tune of $400 dollars a week. When Sophie tosses away her job at the airlines to focus on self-improvement, she can’t pay her fees anymore and is given the boot with ferocious cruelty during a talent night (an occasion distinguished by Blanchett’s silky-smooth rendition of the Frank Sinatra song “Let’s Get Away From It All.”)

Instead of helping her through a bad time, Sophie’s middle-class family takes away her passport and bank account. Soon after, she finds herself locked up in the desert with penniless, passport-less immigrants from around the world. Who could look more like a fish out of water than a smiling young woman demanding that camp authorities deport her back to Germany?

The other major thread belongs to Ameer. A young father, he and his wife left Afghanistan when they saw the Taliban loading girls of their daughters’ age on a truck and leaving with them. After Ameer pays all their savings for a boat from Pakistan to Australia, he finds the organizers have stolen the money, and gets separated from the rest of the family. His heartbreaking and all-too-common story is told in bits and pieces. It is actually better served by being a part of other, less somber tales.

Two more threads get started in the early episodes. Cam Sandford (Courtney) has a growing family and takes a job as a guard at the compound where Sophie and Ameer are being held. Judged too soft on the detainees, he gets involved in an ugly beating incident against his will.

The other character who seems on her way up is Claire Kowitz (Keddie), a self-assured bureaucrat who arrives in the outpost by small plane to solve immigration problems with her magic wand. Needless to say, she doesn’t even manage to coax two angry Sri Lankans off the roof.