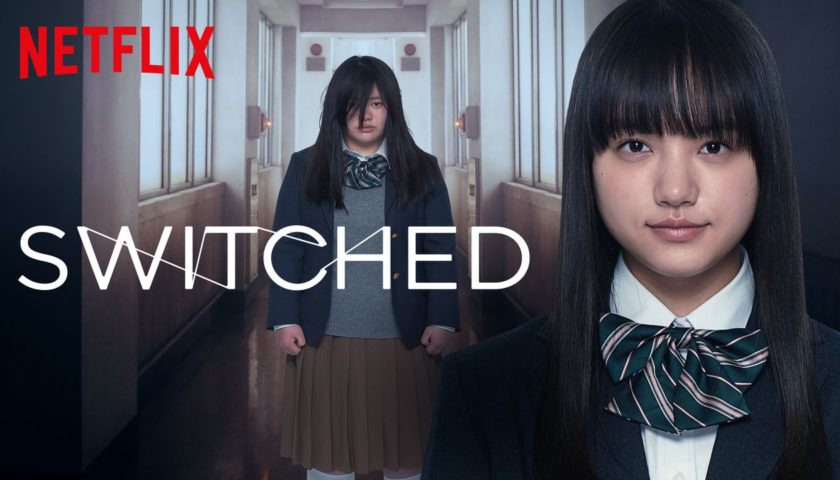 Review: In Switched: A high school girl named Ayumi (Kaya Kiyohara) has her world turned upside down by Zenko (Miu Tomita), a jealous schoolmate. This script is far from original, but in a surprising turnaround, Zenko demands revenge by taking over Ayumi’s body. Zenko gets all the advantages of Ayumi’s seemingly perfect life, including her boyfriend Koshiro (Tomohiro Kamiyama).

A narrative about two people who change bodies usually takes on a comic tone, classifying itself as a comedy. But in Switched, that’s not what happens. The series examines the dark side of what happens when a person involuntarily ends up in a new body.

It is very beautiful the way the series tackles such important issues as bulling. In an unexpected way, we see the popular girl, beautiful and loved by everyone feel in place of the shy girl, who has few friends, suffers bulling and feels a horrible person.

The differential of this plot lies in the fact that the characters change their classic roles, where the sensitive, shy and suffering girl can become the worst villain.

Talking about acting, the actors do well in the roles. There is a fluidity in the interpretation of the characters, especially the actress Miu Tomita, who lives intensely the role and manages to thrill.

Set design and art direction are good. We have a clear, well-lit production that uses well camera positions as well as slow motion to intensify narrative points and sensitize the viewer.

Something that caught my attention was the use of sound effects to assist in performing narrative functions. Simple sounds that demonstrate joy, disappointment, a new idea, among other feelings of the characters, that make us feel to be watching an anime or cartoon. These are very interesting narrative traits.