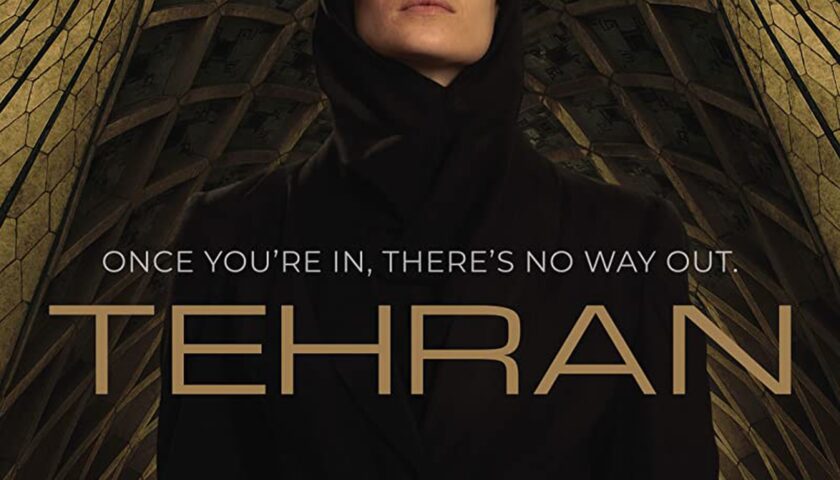 ‘Tehran’ is one of the most ambitious productions of Israeli television in recent years. Israeli series have not shied away from subjects related to the conflicts in the Middle East, and ‘Fauda’ is the best (but not the only) example that the ‘local’ problems of this turbulent area are of interest to the international public and are doing quite well in what concerns the rating when they are well written and done.’Tehran’, which is produced by the public television channel, is boldly addressing the conflict that has become central to the Middle East’s balance of power in recent years, between the Islamic Republic of Iran engaged in reaching atomic capabilities and Israel which considers this an existential threat which it seeks to prevent by all the means at its disposal, including the Mossad’s secret actions and cyber activities. It’s a perfect material for a techno-thriller, and the Israeli series complies with most of the rules of spy movies and will please many fans of the genre. However, the best moments of the eight episodes series of the first season are not necessarily those that relate to action.

We are in the 21st century and it is almost natural that the main heroine of the series is not a super spy but a young Israeli woman born in Iran, named Tamar Rabinian (Niv Sultan), computer expert or in other words hacker, sent on a dangerous cyber sabotage mission in order to paralyze the Iranian anti-aircraft systems. I will leave aside the aspects related to the technical veracity of what we see on the screen, after all it is a fiction film, and as spectators we accept the rules of the genre. What is more important in this series is the situation in which Tamar, alone but enjoying the support of local collaborators and permanent communications with her home bosses, faces the Iran she had left as a child, and the realities of the Islamic Republic, a police state in which women have a different status from the egalitarianism in which she was raised. Her life is permanently in danger, as the infiltration, ingenious in her way has not gone unnoticed, but Tamar decides to continue her mission with the help of some of the regime’s opponents. Among them there is Milad (Shervin Alenabi), a local hacker, with whom a romantic story will unfold. Another ‘tick-box’ of the genre can be checked.

The espionage and action plot itself is quite interesting and well-constructed, including enough upheavals, pursuits, shootings, corpses, double agents and failed missions. The most interesting part, however, seemed to me the confrontation between the two worlds that are political and military enemies, and between the two cultures that have many points in which they differ, but also enough that unite them. For many Israeli viewers, this film is a rare, perhaps even a first visual encounter with the realities of Iran and its capital, a huge metropolis with a diverse population living their lives in a complex political atmosphere. Of course, viewers of Iranian films by excellent directors such as Abbas Kiarostami or Asghar Farhadi already knew this world, but they are not too numerous, their films being intended for the circuit of so-called art cinemas. The filming took place mostly in Athens, and the effect was in my opinion quite realistic and authentic. The international cast, which includes several Iranian actors living in exile, also contributed to this, as well as the flexible and relatively objective approach of the screenwriters. Of course, this is an Israeli film, and at some point there is no doubt about who the ‘good guys’ and the ‘bad guys’ are, but most of the characters have depth and humanity, and idealizations and demonizations are also avoided. The fight between the secret services cannot be a clean fight, the methods used by both sides include violence and no families or other collateral victims are spared, but there are also human motivations, weaknesses, hesitations and mistakes. These aspects are well integrated into the action, and add interest.

Niv Sultan plays the role of Tamar very well, adding emotion and humanity to a character who is far from the patterns of the genre. Iranian actor Shaun Toub plays the role of the Iranian investigator who is permanently following in Tamar’s footsteps, adding a personal dimension to a negative character that is also remote from the usual caricatures and stereotypes. It can be said that he won on screen the duel with Menashe Noy who plays the Israeli leader of the operation. This season had eight episodes. I especially liked the first three or four, which were followed by a few episodes in which repetitions and a few expected twists according to the rules of action series could not be avoided. Episode 7 and especially the final one of the season, with surprises, betrayals, changes of situation and a well-constructed tension fully compensated the fall in the middle. The ending is completely open, it looks like an episode ending rather than a season finale. Leaving the plot at this point, the producers of the series seem to have clearly stated their intentions to make at least one more season. I look forward to it.