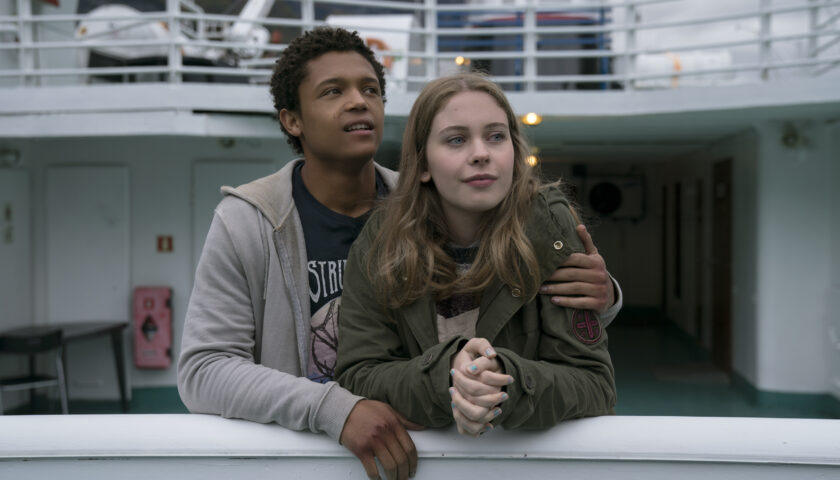 Netflix will premiere an eight-episode Spanish miniseries version of Harlan Coben’s Kirkus-starred 2005 thriller, The Innocent, on April 30, the streaming service announced today in a new teaser trailer. It’s the latest Coben adaptation that Netflix has released as part of an ongoing development arrangement with the author. It stars Aura Garrido, one of the stars of the excellent Spanish time-travel TV show The Ministry of Time, and Mario Casas, who most recently starred in last year’s Spanish Netflix thriller The Paramedic.

In The Innocent, Matt Hunter has served time in prison for accidentally killing someone while trying to break up a fight. Five years after his release, he works as a paralegal and is happily married to Olivia, who just found out that she’s pregnant. All seems well until Matt receives a video on his phone showing Olivia in a blonde wig with an unknown man, who taunts him with further phone calls, forcing him to investigate. Parallel plotlines involve a deceased nun and a murdered exotic dancer and her daughter, whose stories later connect to the main plot. , “As usual in Coben’s suburban thrillers…there’s a record number of jaw-dropping plot twists—this time, Coben surpasses Jeffery Deaver as the most generous plotter in the thriller racket—and as usual, more and more of them defy belief.” In the upcoming adaptation, Garrido portrays Olivia and Casas plays the lead, now named Mateo.

In 2018, Netflix signed a five-year deal with Coben to develop 14 of his novels as English-language and foreign-language films and series, as reported by Deadline at the time. The deal was struck shortly after the release of Netflix’s British miniseries Safe, starring Dexter’s Michael C. Hall, which Coben created but was not based on one of his novels.

Creator Oriol Paulo is best known for The Body and The Invisible Guest (which also starred Mario Casas and Jose Coronado), two feature films he both wrote and directed. Paulo creates intriguingly plotted thrillers that keep audiences engaged. The Spanish director is great at creating suspense, and appears particularly fond of mysteries with flashbacks and unexpected twist endings. Both The Body and The Invisible Guest were similar in terms of structure and their abundant use of flashbacks. Paulo thus appears to be a perfect match to adapt a Coben thriller.

Back in June 2020, Netflix released the Polish production of Harlan Coben’s The Woods by Agata Malesińska and Wojtek Miłoszewsk. It is an excellent miniseries, beautifully shot by Pawel Flis, the director of photography, that effortlessly transposed Coben’s New Jersey thriller to Poland. What made The Woods such a great adaptation was that the series added cultural and historical issues specific to Poland on top of Coben’s already captivating mystery, thus creating a new layer to the original story.

If Netflix’s The Woods is anything to go by, The Innocent is also sure to be a great new adaptation. In Harlan Coben’s book, the protagonist Matt Hunter lives in New Jersey, and the unsettling call on his wife’s phone leads him to Las Vegas. It will be interesting to see how creator Oriol Paulo and his script writing team, Jordi Vallejo and Guillem Clua, have moved the story with its specifically U.S. cultural setting to Spain.

After the British production of The Stranger, the Polish adaptation of The Woods, and now the Spanish production of The Innocent, Netflix is continuing its collaboration with the American author with yet another European production. Netlfix is preparing an upcoming French production of another of his thrillers, which will also be executive produced by Coben. The streaming platform announced in July 2020 the adaptation of Gone For Good, a five-part series which will star Finnegan Oldfield, Nicolas Duvauchelle, Guillaume Gouix and Garance Marillier, and directed by Juan Carlos Medina. Production for this series began in September 2020