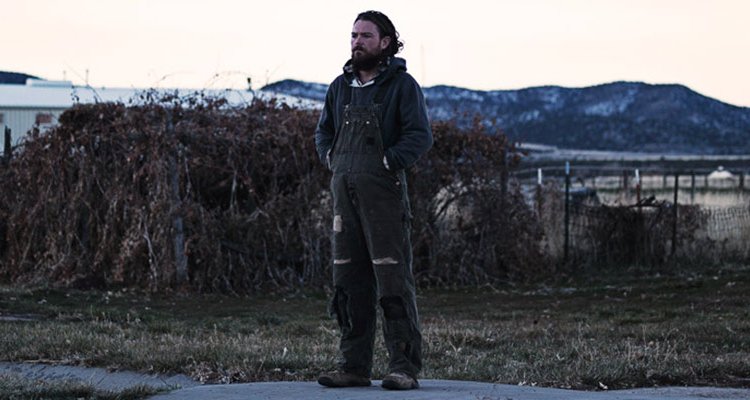 A rural counterpart to Marriage Story that examines with piercing intimacy not the punishing process of divorce and its fallout but the equally agonizing limbo of uncertainty when a punctured union skids along the edge of definitive blowout, The Killing of Two Lovers is a transfixing drama without a wasted word or a single inessential scene. Driven by a viscerally raw performance from Clayne Crawford, best known for TV roles on Rectify and Lethal Weapon, this marks a knockout first solo narrative feature for writer-director Robert Machoian that easily could have withstood an upgrade from Sundance’s NEXT section, devoted to innovative new work, into the main competition.

Small in scale but powerful in the impact of its bristling intensity and a climactic explosion of violence that goes in unexpected directions, this lean, bruising exploration of the minefield of an imperiled marriage should put its filmmaker on the map while also elevating the stock of its terrific lead actors, who never hit a false note.

The riveting drama and performances are matched also by a meticulously thought through visual scheme that points to Machoian’s background in still photography. (He has also been making short films and documentaries for more than a decade, in addition to co-directing a handful of features.) The majority of The Killing of Two Lovers is shot by talented cinematographer Oscar Ignacio Jiménez in the boxy 4:3 aspect ratio used in the silent era, which tightens its emotional stranglehold, opening out into 1:66 (the old European widescreen) for just a single extended three-character scene toward the end, a spiraling argument that will leave you breathless.

That’s also one of the few notable times when the camera’s supple movement guides our attention to follow the volatile character dynamic, elsewhere preferring to let action play out within a static frame and shifting between surgical close-ups and expressive wide shots.

The sense of place makes a strong impression. The movie was shot in the tiny Utah town of Kanosh but the wintry setting is unspecified and could be any flat podunk farm burg ringed by snow-capped mountains, with a handful of stores and a populace that generally knows one another’s names. In the cinematic imagination, it evokes places from Wyoming to Montana.

Crawford plays David, a solidly built, bearded, dark-eyed man in workwear seen fighting back tears in the attention-grabbing opening scene as he stands pointing a gun at a sleeping couple later revealed to be his wife Niki (Sepideh Moafi) and her new boyfriend Derek (Chris Coy). Before he can summon the resolve to pull the trigger, David is startled by a noise from the bathroom and scurries unseen out of the house through a window.

In place of a conventional score, Machoian and sound designer Peter Albrechtsen layer brooding mechanical droning that suggests the relentlessly churning cogs of an unquiet mind or at times the loading of a gun barrel.

The ominous dread of the opening resurfaces at regular intervals, interspersed with moments of calm and even occasional levity, beginning with David’s playful bantering with his father (Bruce Graham). David has moved back home while on a trial separation from Niki, and the tartly humorous old man treats him like he’s still back in high school, as if the intervening years never happened. That makes a scene in which he witnesses the physical release of his son’s pain and rage all the more lacerating.

Much of the action involves driving scenes, in which David’s agitation turns darkest. Early on, he stalks Derek on the road in his pickup, following him into a convenience store where the interloper saunters over while David is at the coffee stand and holds out his cup to be filled, perhaps baiting him.

Among the most beautifully observed scenes are those shared by David with his kids. His daughter Jesse (Avery Pizzuto) seethes with typical teen anger, refusing to understand the terms of her parents’ separation or why they can’t just figure out their differences and be together. But his three towheaded sons (played by brothers Arri, Ezra and Jonah Graham) — the elder two with adorable acid-green dye jobs that make them look like little punk angels — clearly just relish any time spent with their father, even when they’re groaning at his corny jokes.

A gorgeous sequence with the five of them jammed into the front of David’s truck is such a model of naturalistic acting it seems to have been at least partly improvised. The same goes for a trip to the park when David buys them all rocket toys, which seem to win over even Jesse until the mood abruptly sours.

The warmth of love and shared personal history that endures through even the most difficult situations adds an almost unbearable melancholy to the strained scenes between David and Niki, a paralegal with ambitions to go back to college and study law. A weekly date night is a prearranged condition of the pause in their marriage, and one of those evenings is a heartbreaker. Niki’s clumsy choice of words hints that she feels their differences might be irreconcilable. Wounded David, a musician who was formerly in a band and is now picking up manual-labor jobs, opens himself up with a song he wrote, in which he pours out his regrets. But the moment is shattered when the reality of Derek resurfaces at a particularly awkward time.

The searing emotional hurt of that moment and others like it is written all over Crawford’s face and in his body language as David lashes out in anger and frustration. It’s a performance of remarkable depth, backed by writing that never makes a saint of the flawed man or attempts to justify whatever failings caused the marital rift. He’s almost pathetic at times in the expediency with which he seems to think he can set things right. Elsewhere he’s defensive or belligerent, as if he believes Niki has no right to desire change in a life in which her hopes have steadily eroded.

Moafi (The Deuce, The L Word: Generation Q) deftly conveys that longing, balancing the conflicting tug of loyalty and family responsibility with the resolute fortitude of a woman who refuses to be guilted into a compromise before she’s had time to figure things out.

Like Noah Baumbach with Marriage Story, Machoian might be accused of being more sympathetic to the male side, but he neither judges Niki nor makes her impervious to David’s pain. What the writer-director and his lead actor do with great sensitivity, however, is make it clear that even when David’s worst impulses threaten to take over, there’s kindness, decency and sorrowful self-reproach at his core. Given the focus on rooting out toxic masculinity lately, the complex shading of the character is refreshing.

People in environments like this one on screen are seldom as open about their feelings as David and Niki, both of whom are smart and eloquent. But that seems more a reflection of how accustomed we are to Middle American stereotypes in movies than of any lack of authenticity in the characters. Machoian has crafted a portrait of a marriage in crisis that’s quite distressing in its most blistering, brutal moments, yet also achingly tender at other times, receptive to the possibility of healing and always grounded in what feels like honest experience.