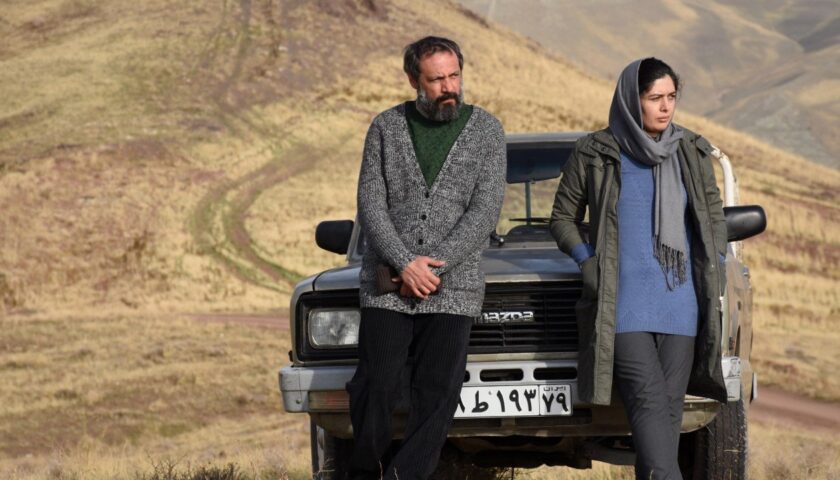 There Is No Evil 2021 Movie Review Poster Trailer Online

In Iran, executions are often carried out by conscripted soldiers, which puts an enormous burden on the shoulders of ordinary citizens. And what are we to make of the condemned, for whom guilt can sometimes be a capricious thing, dictated by a severe and oppressive Islamic regime — the same one that accused Iranian director Mohammad Rasoulof of “endangering national security” and “spreading propaganda” against the government?

When Rasoulof returned from Cannes in 2017, following the premiere of his film “A Man of Integrity,” he was banned from filmmaking for life and sentenced to a year in prison. But as a man of integrity himself, the director could not stop. His latest film, “There Is No Evil,” premiered in competition at the Berlin Film Festival, where instead of being silenced, Rasoulof launches his most openly critical statement yet, a series of Kafkaesque moral parables about Iran’s death penalty and its perpetrators, made in open defiance of the restrictions the government put on him.

The resulting feat of artistic dissidence runs two and a half hours, comprising four discrete chapters, each one designed as a standalone short film exploring a different facet of the subject. By subdividing the project like this, Rasoulof was able to direct the segments without being shut down by authorities — who are more carefully focused on features — and, in the process, he also builds a stronger argument.

There are a few Iranian directors, among them Asghar Farhadi (“A Separation”) and Saeed Roustaee (“Just 6.5”), who are successful in disguising their social criticism within compelling Western-style genre films. Rasoulof overstepped with 2013’s “Manuscripts Don’t Burn” and finds himself far more limited here. Even so, many of the Iranian films that find their way onto the international festival stage are famously light on plot — a boy wants to buy a goldfish in Jafar Panahi’s “The White Balloon,” a kid searches for his sister’s shoes in Majid Majidi’s “Children of Heaven” — and could be told as half-hour shorts. By contrast, “There Is No Evil” comes across as four films for the price of one, none of its segments anemic, and each contributing fresh insights to the paradoxes of capital punishment in Iran.

Unlike Panahi — who circumvented the 20-year filmmaking ban imposed against him in rhetorical terms, responding with a low-res conceptual video essay titled “This Is Not a Film” — Rasoulof refuses to let the sentence compromise his cinematic standards. “There Is No Evil” looks gorgeous, shot in widescreen with compelling actors (some subtle, others over-demonstrative, but all of professional caliber) in real-world locations. For certain sequences that occur in public, he delegated duties to assistant directors while handling interiors and less conspicuous scenes himself. Some portions may still feel thin or slow, and yet, the style evolves from one segment to the next — a reason that intercutting wouldn’t have solved the film’s episodic structure.

Presented in rigid, locked-down frames, the eponymous opening chapter, “There Is No Evil,” delivers something of a shock, following middle-aged family man Heshmat (Ehsan Mirhosseini) around Tehran as he deals with everyday headaches: preparing for a friend’s wedding, caring for his elderly mother-in-law, collecting his child from school. In the final minutes (skip to the next paragraph to avoid a spoiler), he awakens at 3 a.m. and drives into work, where his job is not what we might expect — and yet, the humanizing half-hour that precedes this revelation suggests that it is just that, a job. Rasoulof doesn’t condemn Heshmat, but the wrenching twist raises the question of how such a man could murder, while the segment’s title places blame on the system more than the individual.

Heshmat is a voluntary functionary in a morally corrupt system, whose choice of career affords his family a comfortable (though hardly extravagant) life. But what of those who are obliged to kill — namely soldiers, enlisted not to protect the country in war but to pull the stool out from under their fellow citizens? The three remaining chapters concern such characters, starting with “She Said, ‘You Can Do It,’” whose nervous handheld tension contrasts with what has come before. “I don’t want to spill any blood, but if I have to, I’ll kill the person forcing me to execute someone,” vows deeply conflicted Pouya (Kaveh Ahangar) on the night of his first execution. Without a completion certificate for their mandatory service, Rasoulof instructs, Iranian men cannot apply for a passport, or a job. Still, Pouya undertakes an act of resistance that’s as thrilling as it is foolish, orchestrated in what appears to be a single extended shot.

The soldier we meet in the next segment, Javad (Mohammad Valizadegan), might appear to be on the run as well, when in fact he’s on a short three-day leave from his service. He strips off his uniform and bathes in the river before going to see his girlfriend, Nana (Mahtab Servati), whose hand he seeks. This beefcake display marks an unexpectedly sensual moment in the film’s most voluptuously melodramatic sequence, ironically christened “Birthday.” Yet the ritual seems intended to cleanse his conscience, since Javad, unlike Pouya, follows orders, and the weight of his actions threatens to destroy the life he seeks to build with Nana.

Trying to rationalize what’s demanded of them, soldiers insist, “They don’t hang people without a reason here.” But, of course, no legal system is infallible, and as a victim of a corrupt autocratic regime, Rasoulof knows firsthand how designations of “guilt” can serve as a tool for suppression. According to Amnesty Int’l statistics, Iran was responsible for more than half the world’s recorded executions in 2017. The number has since dropped, but the country continues to kill its citizens at alarming rates. It’s significant that Rasoulof seems so unconcerned with charges against the film’s condemned criminals. They are humans, after all. Rather than agreeing with the soldiers, “There Is No Evil” is a challenge to all those who passively accept their role in the machine, calling on them to question the sentences they carry out — as well as those levied against their neighbors.

Pouya’s story models how that might happen, while the final chapter, “Kiss Me,” illustrates its consequences. The film takes place far from civilization — where Rasoulof was presumably free to direct unencumbered — and concerns a young expat’s return to Iran, which she can barely remember. Darya (Baran Rasoulof) arrives somewhat distracted, unaware of the somewhat obvious secret the family is hiding, and objects when her uncle (Mohammad Seddighimehr) takes her hunting. “I refuse to kill a living thing,” pronounces Darya (who is the director’s daughter, a casting choice that adds yet another layer). But is she ready for the truth? Are any of us? The truth, the film clearly understands, is more complicated than its title: There is evil in the world, and it corrupts us when we don’t take a stand. What would you do in the characters’ shoes? What will you do in your own?

There Is No Evil 2021 Movie Review Poster Trailer Online