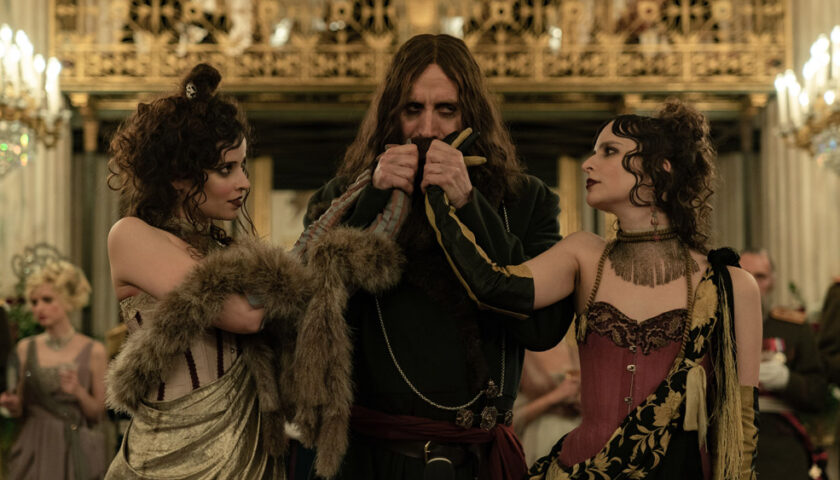 The King’s Man kicks off just prior to World War I, with the Duke of Oxford (Ralph Fiennes) having dedicated himself to a life of pacifism in order to keep his son Conrad (Harris Dickinson) safe. However, when the war begins in earnest, Conrad is determined to fight for his country — and uncover the mysterious group plotting the destruction of England. Conrad and his father find each other at odds when it comes to fighting, but both are in agreement to help their country and Oxford reveals he’s been working his own secret network for information that might put an end to the war. With the help of Oxford’s staff Shola (Djimon Hounsou) and Polly (Gemma Arterton), they set out to end the fighting by confronting Rasputin (Rhys Ifans), though he proves to be part of a much larger plot.

The plot of The King’s Man is ambitious, to say the least, but the script doesn’t work to balance out the pacing. Instead, it speeds through certain portions of time with montages of war, or it spends too much time on unnecessary action scenes. Even the balance of action and drama doesn’t quite work, with many of the action sequences feeling ham-fisted into a more serious drama for the sake of it. To Vaughn’s credit, some of these action scenes — particularly one between Hounsou’s Shola and Ifans’ Rasputin, and another of Dickinson’s Conrad fighting German soldiers in the mud of No Man’s Land — are quite memorable. But when ten minutes are spent watching Fiennes struggle to climb a cliff, it’s tough not to think how time would’ve been better spent developing the story or the characters.

As a result of the pacing and the plot-focused script, there’s little time for viewers to get attached to the characters, which means the more dramatic moments of The King’s Man simply don’t land. There’s a glibness to the way characters are killed off that seems to be trying to showcase the costs of war, but ends up feeling like hollow plot machinations. Overall, The King’s Man struggles to balance the light-hearted tone that’s been characteristic of the Kingsman franchise with the more serious war drama Vaughn was clearly intending this movie to be. Instead of a well-balanced film, The King’s Man is so humorlessly melodramatic it loses all its fun or charm, and is still too silly to be a compelling war drama. The Kingsman prequel is ultimately a slog to get through, despite the best efforts of the cast, though their performances suggest they also seem to be confused as to whether the film is meant to be silly or serious and play each scene based on its individual tone.

In terms of how The King’s Man fits into the whole franchise, it’s a different beast than the previous two films so it may not appeal to fans of The Secret Service and The Golden Circle. It takes itself much more seriously than its predecessors, but even the bit of humor in The King’s Man feels outdated and crass (including an extended gag about Rasputin being gay that’s neither original or funny). These asinine jokes are then juxtaposed with the tragedies of war, making them look even more insensitive. There’s some fun action scenes in The King’s Man, but they’re few and far apart. It all makes the film a miserable entry in the Kingsman franchise — one that paints the broad strokes of the organization’s creation even as it appears to be setting up its own prequel series.

The King’s Man is neither a good entry in the Kingsman franchise nor a particularly enjoyable action movie in its own right. Whether a sequel to The King’s Man ever comes to fruition remains to be seen since it’s difficult to imagine any audience that might like this movie. Even fans of the Kingsman franchise may struggle to find anything to enjoy in the film aside from certain action scenes. Those who are fully invested in Vaughn’s film series may want to give The King’s Man a shot, but anyone who is not excited for this movie would be fine waiting until its home release (or skipping it altogether).