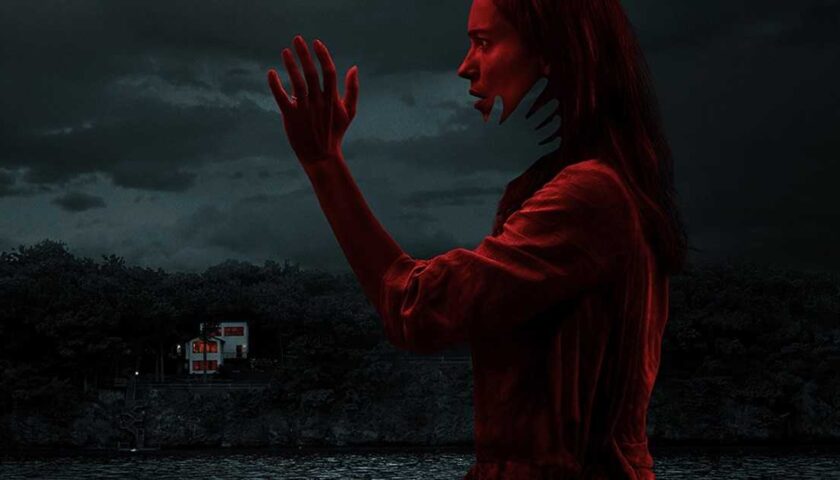 Rebecca Hall’s admirable refusal to soften the brittle edges of her recently widowed protagonist in The Night House makes her a compelling variation on the usual woman in ghostly peril. David Bruckner’s supernatural horror about the mysteries she uncovers after her husband’s suicide has stylish craftsmanship, good performances, a nerve-rattling soundscape and some of the most terrifyingly assaultive audio jump scares in recent memory. All that makes it highly watchable, even if the occult elements of Ben Collins and Luke Piotrowski’s screenplay, about decoys and deceptions deployed against malevolent possession, don’t quite come together in a satisfying resolution.

There are enough strengths in this Searchlight pickup out of the Sundance Midnight section to make it of interest to consumers of sophisticated horror, notably the rewards of watching Hall hurl herself full-tilt into the role of a woman both scared out of her wits and fiercely determined to get to the truth. But the film suffers by comparison with recent entries like The Invisible Man, which had a similarly creepy take on murky marital secrets but backed its brooding atmospherics with sharper storytelling.

Hall plays high school teacher Beth, still in shock after the death of her architect husband, Owen (Evan Jonigkeit), and now faced with the emptiness of the dream home he designed for them, a modernist jewel in New York’s Finger Lakes region. Nestled in a pine forest overlooking a tranquil body of water, the semi-isolated house has floor-to-ceiling windows, sleek wood surfaces and a steep zigzag of stairs down to a private boat dock, making it an ideal setting for a haunting.

As she knocks back brandy and spends her nights rewatching their wedding video from 14 years earlier, Beth struggles to comprehend what made Owen take their rowboat onto the lake and blow his brains out with a gun she wasn’t even aware they owned. Did she know him at all? As she explains to her concerned co-worker friend Claire (Sarah Goldberg, excellent), she was the one prone to depression, while Owen generally kept it together. His cryptic suicide note appears to provide few clues.

Beth starts hearing loud noises that disturb her sleep, and she senses a presence in the house. She also finds the gate to the boat dock open and muddy footprints leading down the stairs, though her friendly neighbor Mel (Vondie Curtis-Hall) assures her he hasn’t been near it. The bumps in the night grow more startling when the stereo starts coming on at full volume playing “their song,” and random texts arrive from Owen’s phone. But Beth wakes disoriented on the floor each morning, unsure if what she experienced was real or a dream.

Ignoring Claire’s advice, she starts looking through Owen’s phone and his papers, discovering evidence that suggests he was leading a double life, including images of women who resemble her. She also learns he was dabbling in occult reading, studying the dark magic of mazes and reversed spaces. This leads her back to a specialist bookstore in Utica where she meets Madeline (Stacy Martin), one of half a dozen woman photographed on Owen’s phone.

The script by Collins and Piotrowski capably plants the seeds of banal infidelity while slowly revealing a much more insidious picture of what was really chipping away at the sanctity of Beth and Owen’s marriage and the steps he was taking to thwart that destruction. The darkness has its roots in Beth’s near-death experience in a Tennessee auto accident when she was in high school, and the mystery includes the discovery of a second house across the lake, a duplicate of the couple’s home in which the details are slightly off, just as the women resembling Beth are not quite her doppelgangers.

There are interesting twists on the standard haunting narrative here, but the writing is too muddled to clarify them, instead veering into chaotic mayhem as Beth faces down the sinister forces that plagued her husband in a violent denouement.

That the movie remains gripping despite the vagaries of its plotting is due largely to Hall’s tough characterization and the embodiment of countless shades of grief in Beth, who’s simultaneously terrified and enraged by the otherworldly violation of her home and her marriage. She’s in pain, but she’s pissed, too.

There’s also much to admire in the cinematography of Elisha Christian, who revealed his grasp of the expressive power of architecture in Kogonada’s Columbus. The conjuring of spectral presences out of structural beams and negative space — which may or may not be products of Beth’s feverish imagination — is especially effective. Likewise Ben Lovett’s obsessively churning score. Bruckner, who directed Netflix’s The Ritual and segments of the anthology films V/H/S and Southbound — he’s now in production on a reboot of Clive Barker’s Hellraiser for Hulu, also with writers Collins and Piotrowski — deftly sustains tension and mood. It’s just a shame this absorbing chiller, which unfolds primarily in the thick of night, doesn’t stand up to close scrutiny in the daylight.