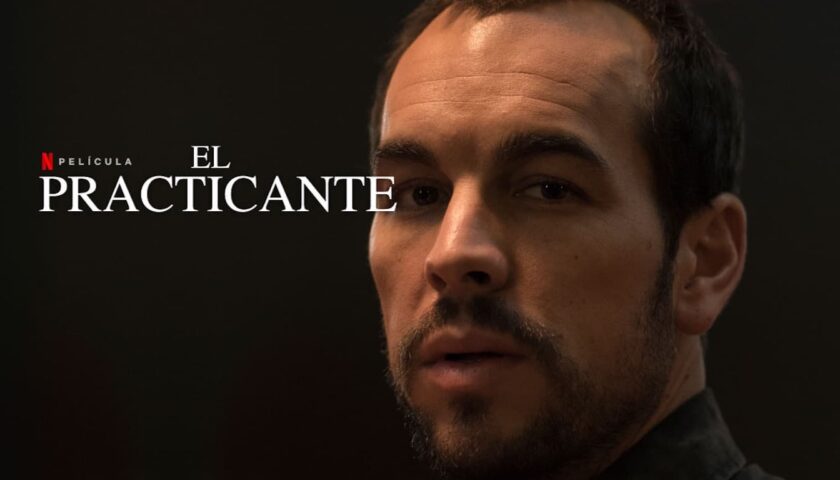 THE PARAMEDIC is a new Spanish Netflix thriller (org. title El practicante) that offers a tight and dark story. In many ways, this Netflix movie is as much a horror movie as Misery, so there’s plenty to look forward to.

Also, with a runtime of just around 90 minutes, it delivers a punch to the gut in a short amount of time. Of course, this is exactly what we’ve experienced with many other Spanish genre movies for years. They just know how to create psychological horror that packs a punch.

Continue reading our full The Paramedic review below and check it out on Netflix.

The very unlikable main character
The lead character is extremely unlikeable from the very beginning. We’re never supposed to have much sympathy for him and you probably never will. You see, he goes from being a very average jealous jerk to being a downright psycho.

Still, having this unlikeable character works in the context of this story. Especially since Mario Casas does a great job of portraying this particular character.

We recently saw Mario Casas in The Occupant which is yet another Spanish movie with an extremely unlikable main character. In several ways, these two movies would work well as part of a Spanish genre marathon since it seems to be a subgenre. One they do damn well in Spain.

Obviously, there are other characters in this movie and their sweet (or just normal) behavior is in stark contrast to that of Ángel (Mario Casas). Especially his girlfriend-turned-ex, Vane, works really well and plays a key role throughout the movie. She is portrayed wonderfully by Déborah François.

While watching The Paramedic, you will most likely become very irritated. Both due to the actions of the lead character and the way too mild reactions from those around him.

However, I just have to reveal that it will all be worth it in the end. The ending of The Paramedic is one of the most satisfying I’ve watched in a while. Sometimes, a really solid ending can just lift the entire experience. You’ll see!

Watch The Paramedic on Netflix now!
The Paramedic was directed and co-written by Carles Torras. This is his fifth feature film and while I’m not too familiar with his previous work, I do hope we’ll get more from him soon. Hopefully, he’ll continue working with Netflix, so we can actually get to watch his movies.

In other words, the people behind the story of The Paramedic know how to do horror and thriller stories right. And it shows. Most people will probably be watching The Devil All the Time first on Netflix (released on the same day as this one), but I highly recommend you all check out this Spanish movie as well.