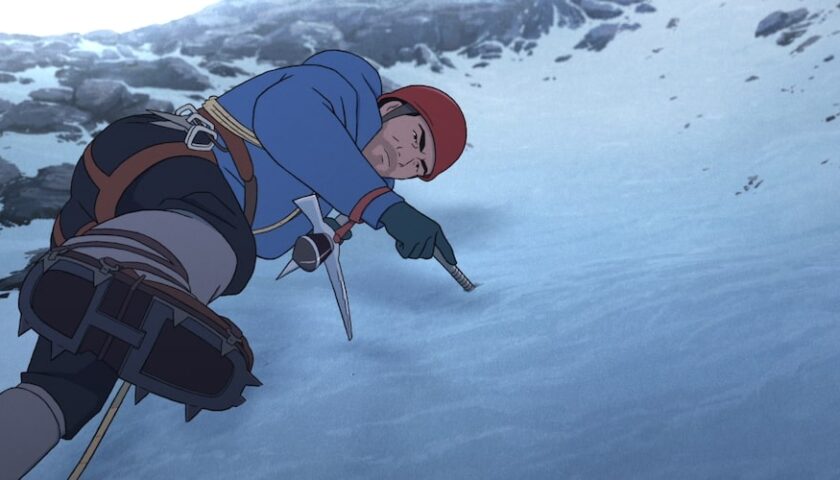 The Summit of the Gods 2021 Movie Review Poster Trailer Online

For the 4,000-plus people who have climbed Mt. Everest, it’s likely that no film will ever come close to capturing the reality of that once-impossible experience. For the rest of us, “The Summit of the Gods” and its ilk will have to suffice. And while it may not ascend to the same heights as the likes of “Free Solo” or the under-appreciated “Vertical Limit,” director Patrick Imbert’s animated adaptation of Jirô Taniguchi and Baku Yumemakura’s manga of the same name makes for an impressive trek.

Looming just as large in the narrative is a camera that may or may not have been recovered from the remains of George Mallory, a mountaineer who disappeared along with his climbing partner Andrew Irvine on Everest in 1924. To this day, whether they became the first to successfully reach the summit before meeting their end remains a matter of speculation and debate. Upon becoming aware of the camera’s existence, photojournalist Fukamachi Makoto (voiced by Damien Boisseau) becomes as obsessed with learning the truth as the man in possession of it, Habu Jôji (Eric Herson-Macarel), is with summiting Everest himself.

That makes for more intrigue and a wider scope than the average climbing movie, and “The Summit of the Gods” mostly lives up to its potential. There’s a gentleness to the film, a light touch that emphasizes the elegant, at times majestic movements necessary to conquer these peaks — as well as the varying motivations for even attempting such a feat. That’s not to say that the life-or-death stakes are downplayed, but rather that beauty and brutality intermingle to an unusual degree here.

As Fukamachi investigates the case, we learn more about what makes Habu the way he is via flashback. Eventually the reporter successfully tracks the elusive climber down and the timelines merge. They aren’t exactly fast friends, as Habu is resistant to the idea of having anyone bother him. You know the type: an Ahab-like obsessive so single-minded in his pursuit of an extraordinary feat as to be indifferent, even hostile to the very idea of explaining himself to anyone else. (If the sight of Japanese characters speaking French to one another seems odd, imagine how everyone else feels when Hollywood makes a movie set halfway across the world.)

The film most distinguishes itself in its climbing sequences, which feel no less real than their live-action counterparts — the animators succeed at making every inch feel more perilous than the last. That’s especially true of the protracted finale, in which Habu attempts to summit Everest without oxygen while Fukamachi follows from a distance with a camera of his own. He’s not to communicate or intervene with the climber in any way, as doing so would violate the rules of a true solo climb, and if he himself encounters any problems he can’t rely on Habu to help him. Things go wrong, because how could they not, but Imbert handles this inevitable turn of events with the same sensitivity he handles everything else in the film.

It might be said that, in order to succeed, a Mountain Movie must have two elements: kinetic climbing sequences and at least one monologue about the philosophical — because it’s always about something beyond the climb itself. Reaching one goal has a tendency to make climbers seek out a new one — whether it be a higher mountain or more extreme challenge, like climbing solo or without oxygen — and some people can’t stop until fate intervenes and they meet their final resting place on an unforgiving mountainside. Whether that’s true of Habu shan’t be revealed here, but suffice to say that “The Summit of the Gods” makes a case for the journey mattering more than the destination.

The Summit of the Gods 2021 Movie Review Poster Trailer Online