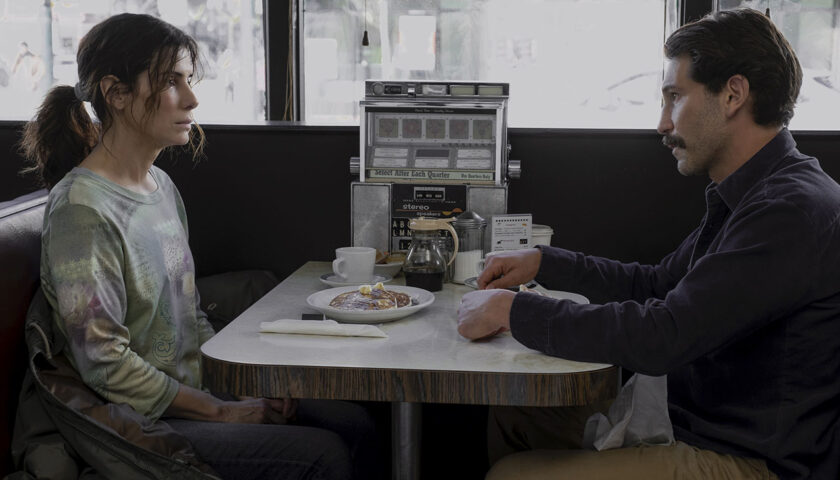 Nevertheless, the producer-star’s first vehicle since “Bird Box” in 2018 is a sturdy drama-cum-thriller that should prove another Netflix hit, albeit one unlikely to reproduce that film’s flukish cultural-cachet buzz. It opens in limited U.S. theaters the day before Thanksgiving, then launches worldwide on the streamer Dec. 10.

Affecting the reined-in, wary, pallid look of other major actresses who’ve played ex-con roles, Bullock is introduced just as protagonist Ruth Slater re-enters society after two decades’ incarceration. The way its noisy free movement rattles her is nicely captured, as is her grim dismay and resignation upon discovering that the Seattle Chinatown halfway house where she’ll be staying preserves some of the worst aspects of prison.

She’s got a parole officer (Rob Morgan) breathing down her neck, and quickly realizes that unforgiving local police will do their best to make her feel watched as well. They manage to squelch the carpentry job she had lined up before she even starts it, forcing her to find alternative employment gutting fish on a packing plant’s graveyard shift. She also picks up a side gig more in line with her skill set, helping convert an old building into a community center for the homeless.

But these things matter little to her, even the tentative romantic overtures of a handsome fishery coworker (Jon Bernthal). All she’s really interested in is tracking down the little sister who was five years old when they were separated, and with whom she’s had no communication since. She doesn’t know Katy (Aisling Franciosi) is now an aspiring classical pianist recovering from a car accident, or that the young woman’s adoptive parents (Richard Thomas, Linda Emond) have done their best to erase all traces of formative trauma, and Ruth’s very existence, from her memory.

Contacting Katy directly is one of the many things that would violate the terms of Ruth’s parole. Yet she still tries to find her, eventually with the reluctant help of a lawyer (Vincent D’Onofrio) who lives with his own family in the house the sisters once inhabited. Other parties well aware that Ruth is free are brothers Keith (Tom Guiry) and Steve (Will Pullen) — surviving offspring of the slain police officer. The why and how of that long-ago death turns out to be very complicated. But as far as they’re concerned, it was a coldblooded murder Ruth has not yet fully paid for.

The original miniseries wasn’t much longer in total than this feature’s nearly two-hour runtime. But its three separate episodes presumably provided more time for viewers to digest Wainwright’s packed narrative, which springs numerous present-tense developments while gradually letting the past explain itself in both flashbacks and verbal explication.

Here, it all plays out engrossingly enough until the last half-hour or so. At that point, too many plot twists strain credibility, from one hitherto reasonable character’s abrupt unraveling to the ultimate revelation of a 20-year-old secret. Suddenly prominent in this cumulative clutter is Viola Davis, who’s underutilized as D’Onofrio’s wife before being conspicuously shoehorned into climactic events, as if the filmmakers belatedly realized they needed to give an Oscar-winning powerhouse a couple big scenes.

The script similarly leaves other characters less than fully dimensionalized, though all the well-cast actors do good work. It’s also, in the end, too schematic to pull off the symphonic crescendo of cathartic emotions Fingscheidt attempts to orchestrate — or to lend Bullock’s hardworking lead performance the classical-tragedienne heft intended.

“The Unforgivable” wants to confront various bitter truths, but piles so many on top of each other, they turn into melodrama. Still, the cast and direction are more than skillful enough to keep this story compelling, if not particularly moving — in less adept hands it might’ve become a most awkward mix of criminal potboiler and tearjerker.

Fingscheidt seems at ease with the Northwest milieu, which the solid tech and design contributors render in a gritty rather than picturesque visual mode relevant to Ruth’s realities past and present. The soundtrack, conversely, could have used something a mite edgier than Hans Zimmer and David Fleming’s conventional score.