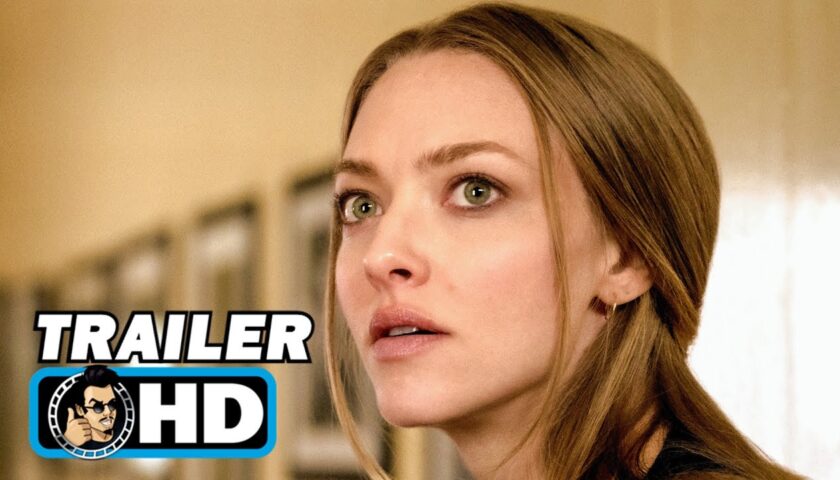 Amanda Seyfried and James Norton are plunged into the throes of a haunted house in a trailer for Netflix’s Things Heard & Seen. The film is based on the acclaimed novel All Things Cease to Appear by Elizabeth Brundage, which follows a Manhattan couple who relocate to a small historic settlement in the Hudson Valley. They soon discover that their new home, along with their marriage, has sinister roots.

The film was adapted to the screen and directed by married couple Shari Springer Berman and Robert Pulcini, whose past collaborations include The Nanny Diaries and American Splendor, the latter of which received an Oscar nod for Best Adapted Screenplay. However, this will be their first foray into the horror genre. Things Heard & Seen follows Catherine (Seyfried) as she makes the decision to leave Manhattan and move to the Hudson Valley where her husband George (Norton) has been offered a job at a local college. As the couple prepares for an idyllic life in a small fixer-upper, Catherine begins making unsettling discoveries in the home.

Now, the first trailer for Netflix’s Things Heard & Seen bills the film as a classic Gothic horror tale while also highlighting its elements of noir and psychological thriller. Catherine begins making distressing discoveries in her new home, such as an old bible inscribed with the word “Damned,” but also begins to suspect that her husband may be hiding dark and dangerous secrets. The trailer begins by slowly introducing the couple and eventually builds to a dramatic crescendo. Watch the full trailer for Things Heard & Seen below:

Seyfried is fresh off her Oscar-nominated supporting performance as Marion Davies in Mank and looks to build on that success with her lead role in Things Heard & Seen. Netflix has quietly put together an impressive cast for this horror flick which also includes Natalia Dyer of Stranger Things fame, Rhea Seehorn from Better Call Saul, and the always impressive F. Murray Abraham.

While Things Heard & Seen may sound like a traditional haunted house horror movie, the first trailer strongly suggests there is a far more forbidding presence in this story. The film seems to be more about marriage, especially the fear and isolation Catherine feels towards her husband who is presented as a mysterious figure who may actually be orchestrating something sinister. April is generally a strong month for horror movies, with Jakob’s Wife and In The Earth set to release this month, and now Things Heard & Seen can be added to the list as it comes to Netflix later this month, April 29th.