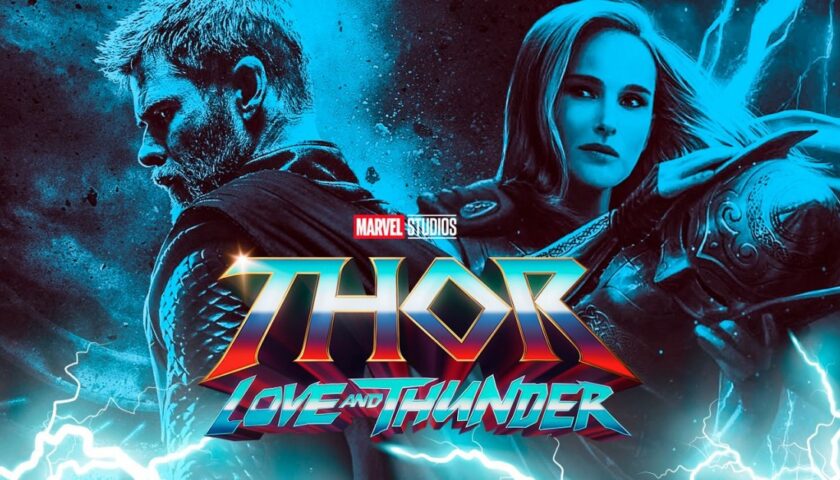 Why doesn’t Marvel have a festival named for its movie releases? Just curious because it sure looks like a festival whenever MCU announces its new movies. Loyal Marvel fans are always waiting for the ball to drop and a new movie to be released. But can we blame them? Watching and experiencing a Marvel movie in theatres is undoubtedly a cinematic experience, a very personal thing for all the Marvel lovers out there! So, the wait is almost over as MCU is here with what they call phase four.

After kind of mixed reviews to its 2022 recent release, Doctor Strange in the Multiverse of Madness, MCU is at it again. This time, fans will be able to see their beloved superhero Thor in Thor: Love and Thunder. The movie will be released on 8th July 2022 in the United States of America. Here is everything we know about the movie from the private screening in Los Angeles. Read on to learn what the critics are saying about the film.

The fourth film in the Thor franchise, Thor: Love and Thunder, follows the events after the 2017 Ragnarok. The movie was announced in July 2019 but was delayed due to the Covid-19 pandemic. The production of the film finally wrapped up last year. And now, the movie is all set to hit the screens and create the MCU magic the fans have been desperately waiting for.

The Taika Waititi movie is the 29th movie in the Marvel Universe and 4th in the Thor franchise. Waititi’s directorial vision has predominantly been in the news since the movie’s screening. He wanted to make this movie different from the prequels and create a more dynamic Thor approach.

In the new movie, Chris Hemsworth returns as the beloved superhero, Thor. Per reports, Thor is much bigger and better in the new Thor movie. Natalie Portman returns as Jane Foster, who is now transformed into the Mighty Thor himself. Portman returns after five years to the Marvel universe, having not appeared in Ragnarok. Christian Bale debuts in MCU with this movie. After playing Nolan’s Batman, Bale will debut as Gorr, the lousy butcher. Tessa Thompson as Valkyrie

The first reviews are just pouring out after its first screening. And the reviews have all been quite positive, well, no surprise there! Everybody is praising Waititi’s fun directorial vision. Read on to know what the people think about the movie.

The Direct’s Richard Nebens tweets, “Thor: Love and Thunder are predictably hilarious yet unexpectedly personal and heartfelt. Christian Bale and Natalie Portman’s performances truly shine while Waititi delivers an emotional story. I think this may be my favorite Thor movie.”

Laughing Place published how “Thor: Love and Thunder is nonstop ridiculous fun! It’s hilarious and action-packed and just a crazy theatrical experience. The phenomenal cast does an outstanding job, and this movie packs a few surprises. Don’t miss this one!”