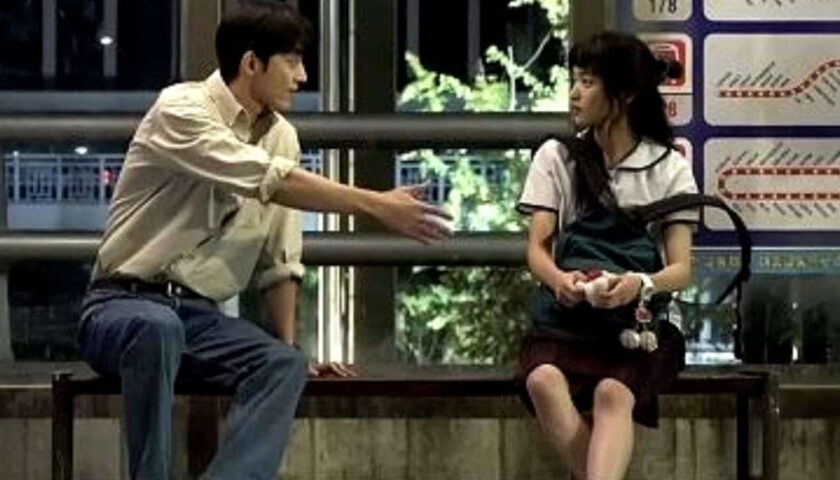 Actor Nam Joo Hyuk, whom we last saw in the highly-popular Korean drama Start Up, is back with another romance drama Twenty-Five Twenty-One. The drama also stars Kim Tae Ri as the female lead. She is known for dramas and movies like Mr. Sunshine and Little Forest.

The drama tells the story of Baek Yi Jin (played by Nam Joo Hyuk) and Na Hee Do (played by Kim Tae Ri) when they are 22 and 18 and then 25 and 21 respectively. The story takes places during the IMF crisis, and it chronicles the effects of the same on the lives of the characters. The drama brings in a fresh breeze of the 90s nostalgia. The internet and social media were in the initial stages, but still very very popular among the youth. Twenty-Five Twenty-One premiered on February 12, 2022 on tvN and simultaneously on Netflix.

Na Hee Do is a member of the fencing team, but due to the financial crisis, her team got disbanded. She switches to sabre fencing team, after facing several difficulties. Nam Joo Hyuk’s father is a rich businessman, whose business takes a big hit in the crisis. The family is forced to give up their life of luxury and live hand to mouth. Nam Joo Hyuk takes up odd jobs to meet the financial needs of his family. Other star cast of the ensemble drama includes WJSN’s Bona, Choi Hyun Wook, and Lee Joo Myung.

The first episode begins in the present times, and soon the viewers are transported to the past. This episode is all that one needs to get an initial impression of the characters. Na Hee Do has a fighting spirit in her, and she is quite outspoken. Baek Yi Jin on the other hand is quite subdued in his mannerisms. The actors ease into their roles perfectly. From the opening credits and its music, the costumes, to the hairstyles to even certain slang, the writer has nailed the 90s view in the drama. Going to a store to buy comics, or music CDs is a thing of the past due to massive digitalization. Seeing such scenes in the drama gives way to the memories which might have seemed long forgotten.

The romance between the couple will not be easy, considering the drastic economic changes that heavily impacted their lives. The first episode hits at some discontent between the leads, so only time will tell what events transpired between the two. There will probably be hurt, healing and understanding which could lead to a meaningful relationship eventually. The first two episodes of this drama are a delight to watch, despite the heaviness of impending struggle. The characters carry the scenes with ease and comfort, and it feels like the viewer is back in the 90s, just like that!

Audiences who have seen dramas like Reply 1988 will definitely find Twenty-Five Twenty-One interesting to watch. These dramas present the challenges faced by the youth, and the community at large. They provide a slice-of-life experience of the past, that feel like butter slathered on a warm toast. Twenty-Five Twenty-One is off to a great start. Will it be a rollercoaster of emotions? Probably, yes. Is there any room for heartache? Again, probably, yes. We don’t know if the lead ends up together, or remain a meaningful part of each other’s lives. But one thing is for sure that it will be a delight to watch Twenty-Five Twenty-One as Baek Yi Jin and Na Hee Do navigate the ups and downs in their lives and find a meaning for themselves. Keep your tissues handy!